Peanuts and Politics Come To Life At The Charles M. Schultz Museum 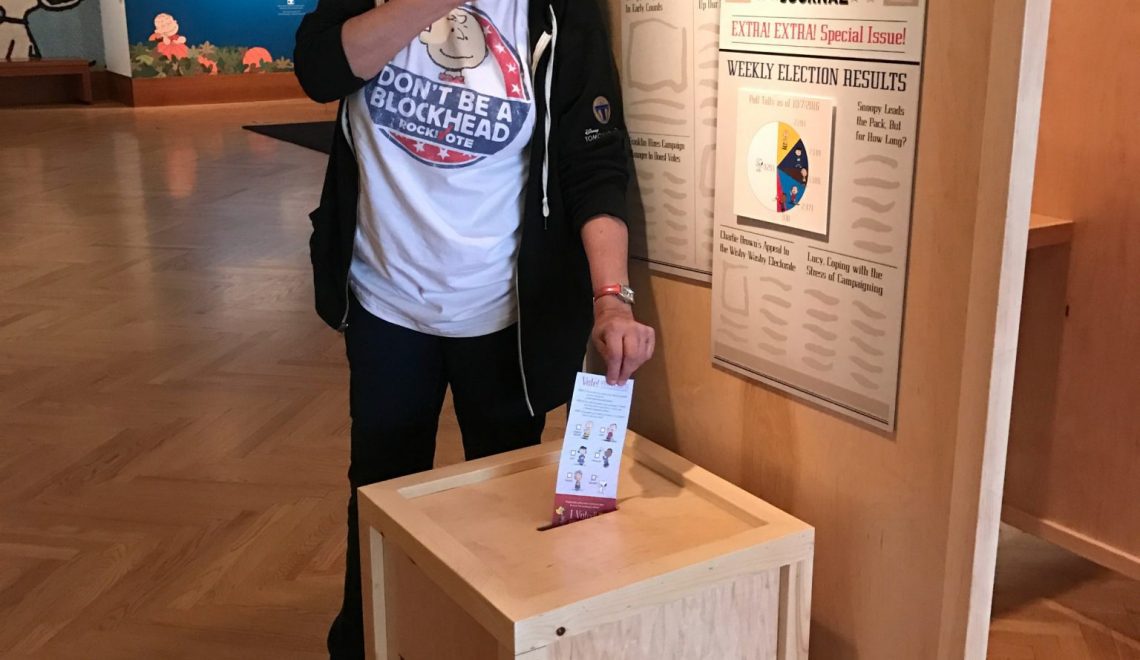 Sonoma Country is known for its beautiful countryside and weather, for majestic redwood trees, its vineyards and wineries as far as the eye can see but the best part is Sonoma County just happens to be home to the legacy of Charles Schultz and the Peanuts gang including the Charles M. Schultz Museum. The Charles M. Schulz Museum opened in August 2002 to fulfill its mission of preserving, displaying, and interpreting the art of Charles M. Schulz. Each day, museum carries out their mission and Sparky’s legacy through continually changing exhibitions and programming that help to foster an understanding of cartoonists and cartoon art. It is here that one can fully begin to understand the scope of Schulz’s multi-faceted career as well as come to know the inspirations and influences of Charles Schulz and celebrate the life of Charles Schulz and the Peanuts characters. Playing host to almost a million visitors over the years, the foundation has been able to  exhibit 3,500 of the original comic strips and hosted 173 Cartoonists-in-Residence. The Museum continues to share the legacy and genius of Charles M. Schulz, while warming the hearts of visitors from near and far, and striving to be a good Sonoma County neighbor. One of my favorite parts of the museum is its commitment to education through their ongoing programs for the youth of the area that encourage all children to explore their artistic side and discover the cartoonist that is within us all. Politics has been a recurring theme in the Peanuts comic strip for decades.  Charles Schulz often had the characters running for president during actual presidential election years. He even had Lucy talking about wanting to be the first female president!  So Schulz believed in our democratic system, and Peanuts wanted to play their part by helping people register to vote. But of course, they do it with a unique Peanuts flair and now you can get a glimpse into that side of Charles Schultz through several unique exhibits, which I was lucky enough to explore for myself. In the Mr. Schulz Goes to Washington exhibit allows you to see the lighter side of politics and its intersection with the life of Charles Schulz. Here, you’ll have the chance to actually cast your ballot while immerse yourself in a little laughter courtesy of the Peanuts Gang. The exhibition features original presidential-themed Peanuts comic strips, correspondence with several American presidents and Peanuts memorabilia including bumper stickers, buttons, banners-several of which I can remember hanging on my own walls of my bedroom growing up and even write a postcard to the future president. Mr. Schulz Goes to Washington, which runs through January 22, 2017. Did you know that President John Quincy Adams had an alligator living in the White House? Hundreds of pets have lived alongside American presidents, including a hyena, a goat, a raccoon, and even a one-legged rooster! Upstairs in the Changing Gallery at the Museum you’ll find a very special exhibit full of little known facts and information about those that have inhabited the White House through the years, and their pets in the Snoopy Presents: Lucky Dogs and Presidential Pets exhibition. Enjoy photos and fun facts about presidential pets and items on special loan from Presidential libraries, such as the collar and leash of President Franklin Roosevelt’s dog, Fala, and a painting of Rex, the Reagan family dog. On display now through February 19, 2017, as you explore this exhibit you’ll be able to delve into a side of the first family that is both fun and informative. The exhibition goes all the way back to George Washington’s hunting hounds and Thomas Jefferson’s riding horses, and it also includes presidential pets you probably never heard about, such as President John Quincy Adams’ pet alligator, who lived in the White House in an unfinished East Room bathtub that I talked about earlier as well as a great display on John F. Kennedy’s dog, Pushinka, who was a gift from Soviet Premier Nikita Khruschev. The dog’s mother, Strelka, flew aboard Sputnik 5 and landed safely back on Earth. Today, dogs and cats typically live with their presidential families in the White House. And like Snoopy, who also visits the White House for the annual Easter Egg Roll, presidential pets enjoy a special celebrity status thanks to their charm, universal appeal, and a natural ability to make us smile. The next time you’re in Sonoma Country, make sure to stop by the Charles M. Schultz Museum and experience the joy of the Peanuts gang for yourself. Here there’s always something for everyone no matter what your age including the changing galleries of original comic art, a re-creation of Schulz’s studio, a 100-seat theater, a drawing room and beautiful outdoor gardens with a labyrinth in the shape of Snoopy’s head.

Even better, directly across the street you can spend time where Schulz ate and played for over thirty years at Snoopy’s Home Ice.

Whether it’s an afternoon of skating fun, or a meal by the fire at the Warm Puppy, the legacy of Charles Schultz comes alive and lives on here in the town he called home. And even if you can’t make it to Sonoma County right now, you can still get involved with the election Peanuts-style of course with the Peanuts collaboration with the Rock Vote campaign, a nonprofit, nonpartisan organization that’s been encouraging and helping young people to register to vote since 1990.

When you go to Peanuts Rocks the Vote, you’ll find a mock presidential election going on among the Peanuts characters: Snoopy, Charlie Brown, Linus, Lucy, Sally, and Franklin. You can read their bios and their platforms, and then you can vote for your favorite. Right now Snoopy is in the lead but you have until Tuesday to cast your vote and make your voice heard. 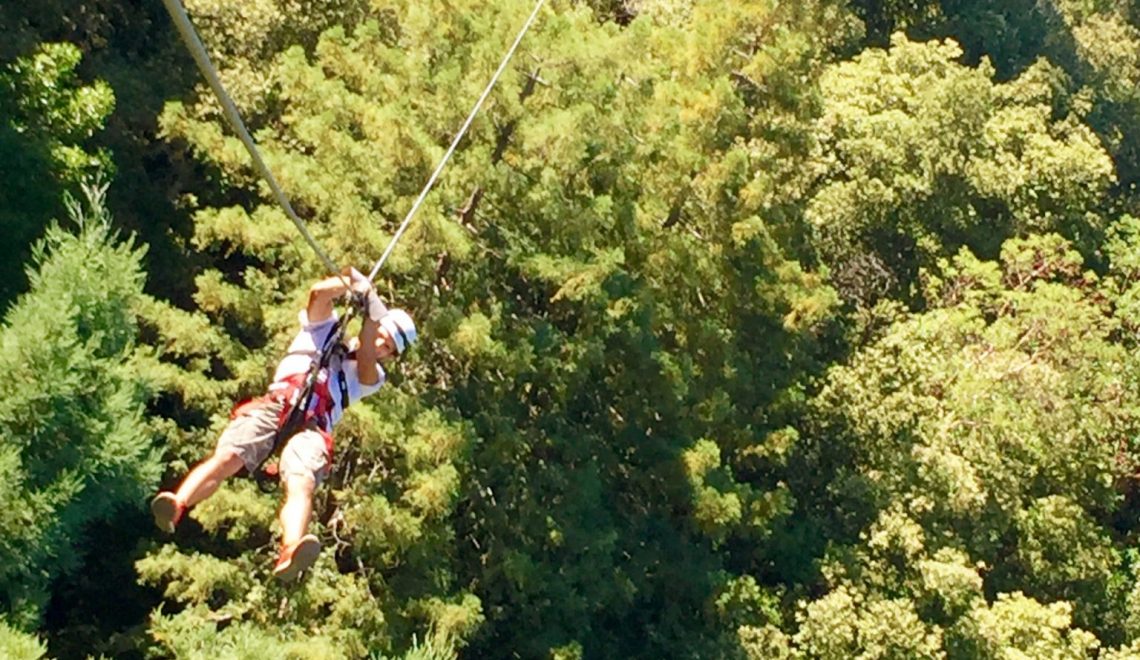 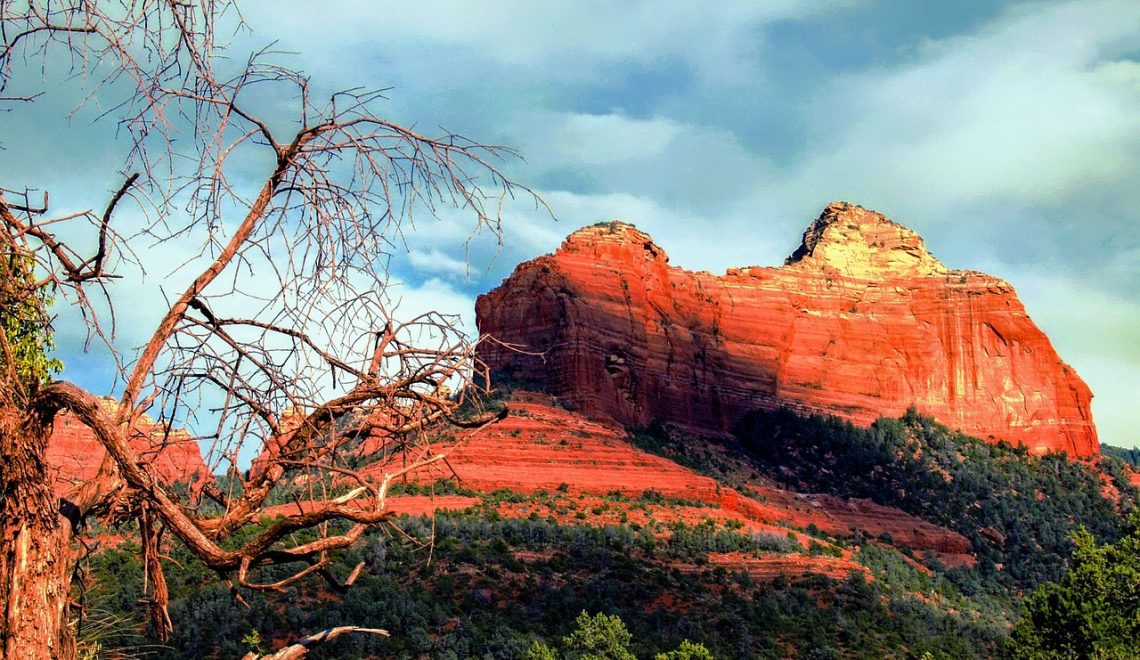 8 Of The Best Destinations For A Fall Getaway 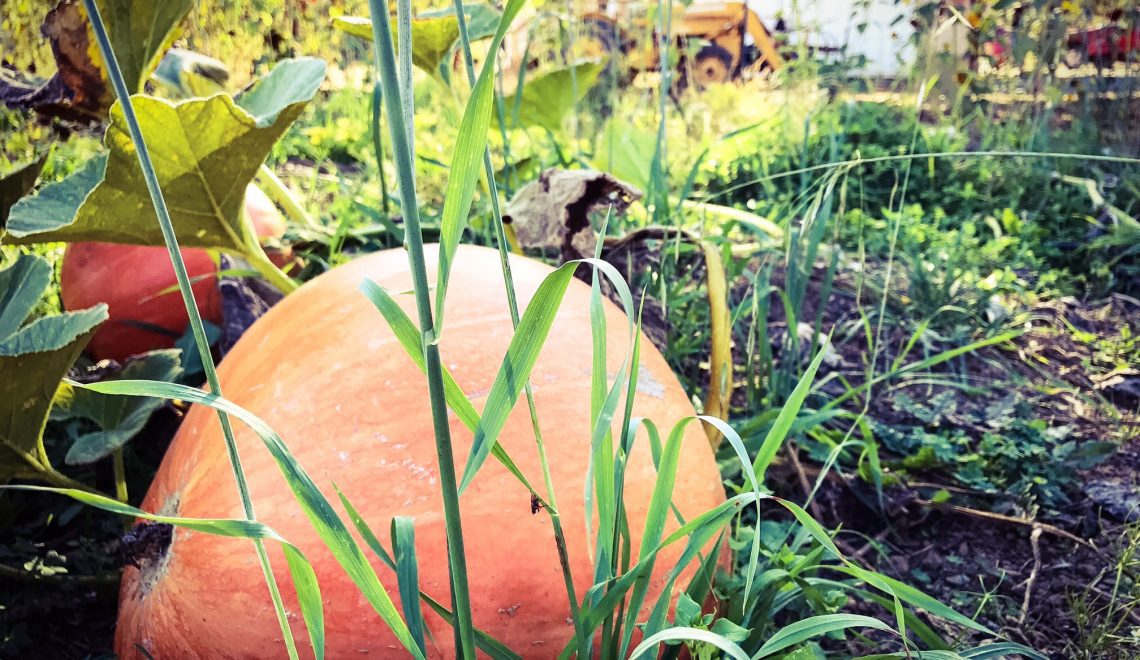