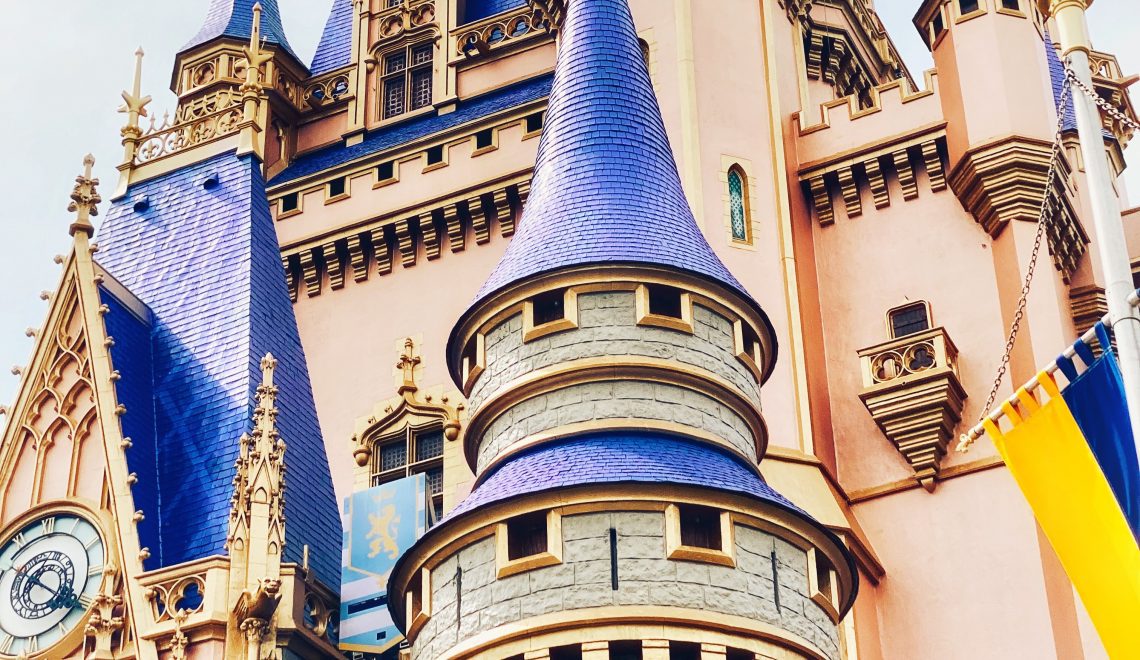 Walt Disney World 2017 brought a whole new world as our 50 Days to 50 Years countdown continues with the final five years. Things were changing and a new era of Imagination was taking hold. Epcot celebrated its 35th Anniversary and over at Disney’s Animal Kingdom a major transformation with took place with the creation of a whole new world the likes 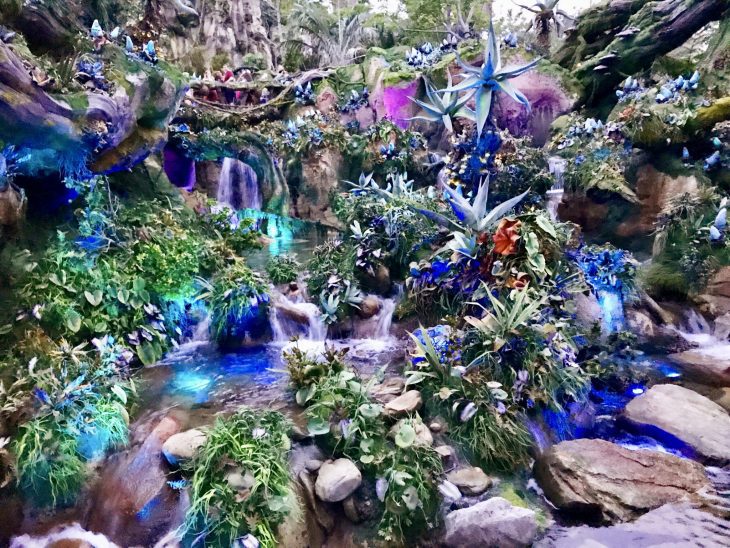 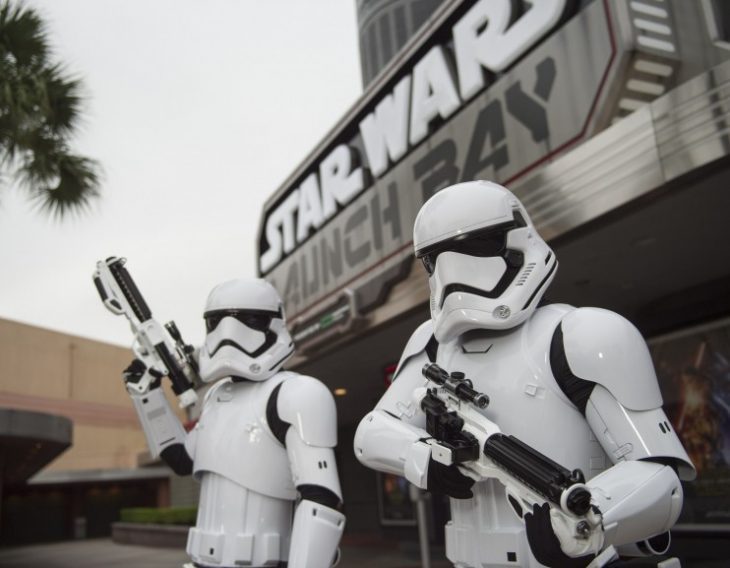 On January 2, Walt Disney World 2017 kicked off the year with an out of this galaxy experience with a VIP seven-hour experience led by a Star Wars “all-in-the-know” tour guide. Guests could experience Star Tours – the Adventures 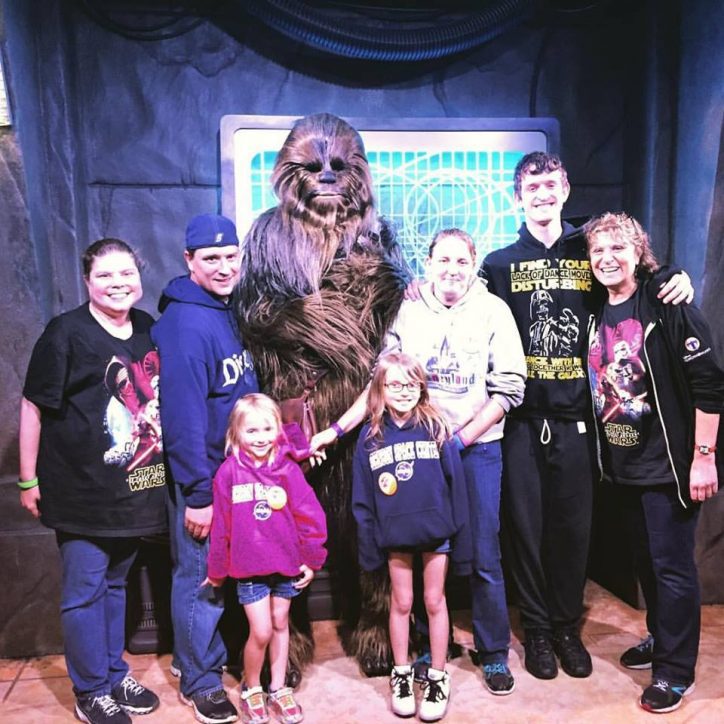 Continue; get an insider’s tour and meet characters at Star Wars Launch Bay; screen “Star Wars: Path of the Jedi” and enjoy Star Wars-themed menu items at Backlot Express. The tour wrapped at the Star Wars: A Galactic Spectacular Dessert Party, which also included reserved viewing for the show. Younglings ages 4-12 on the Guided Tour package gave participants the unique opportunity to train in the way of The Force in Jedi Training: Trials of the Temple.

Epcot International Festival Of The Arts 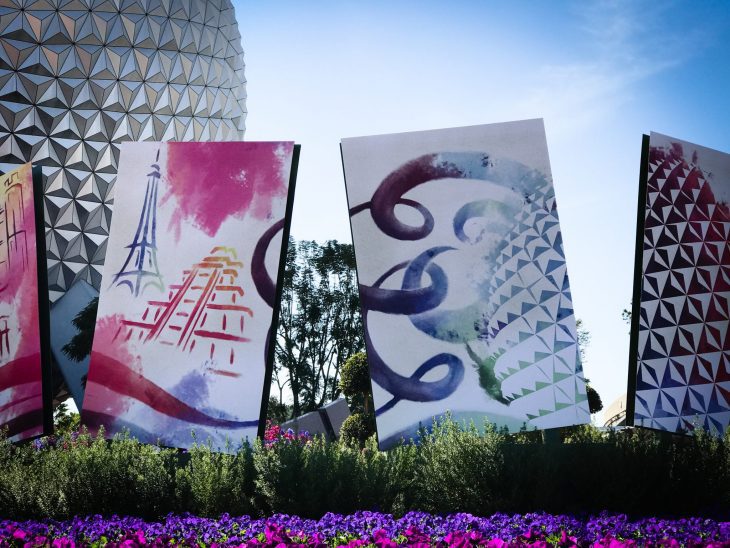 Walt Disney World 2017 started with the very first-ever Epcot International Festival of the Arts which ran from Jan. 13 through Feb. 20, and my personal favorite of all of the Epcot Festivals. This new addition was a celebration of the visual, performing, and culinary arts. The Epcot International Festival of the Arts featured appearances by Disney artists and celebrity chefs, as well as Broadway performers singing hits from Disney’s Broadway shows. This festival invited guests to 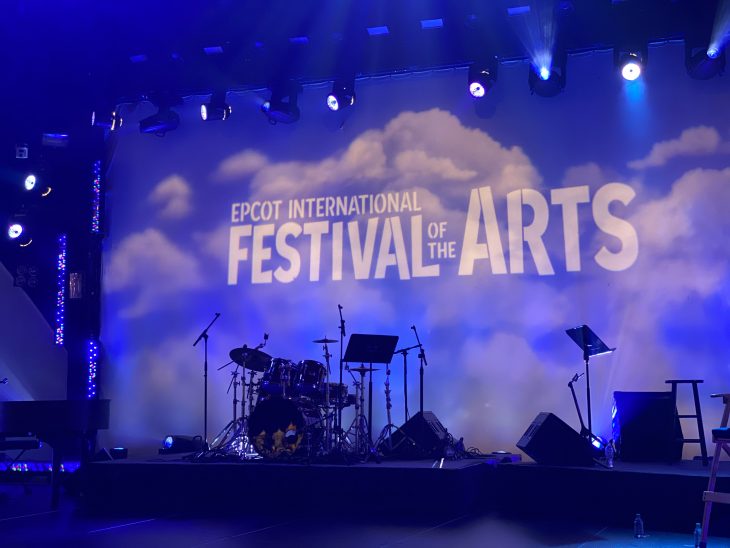 immerse themselves in the celebration of art and cuisines. Now in its 5th year, the event continues to feature visiting artists, an array of foodie delights, and opportunities for guests to embrace their own inner artists. Whether you’re a fan of 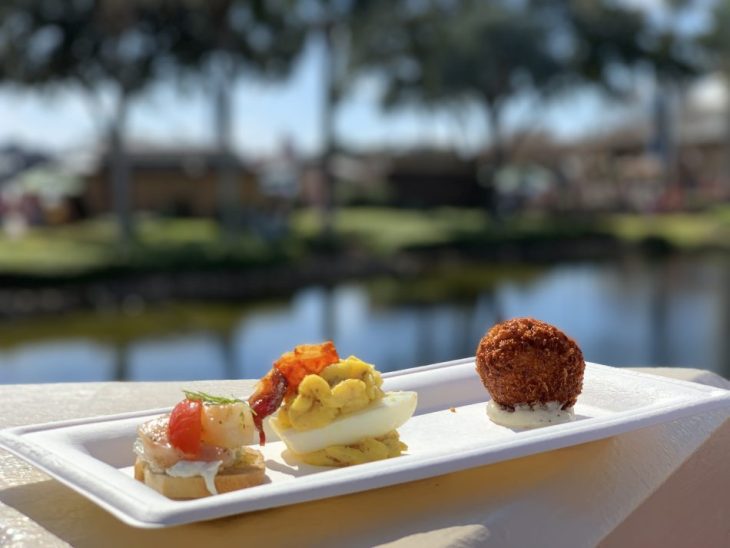 onstage performance, or getting up close with artisans of all kinds, or just love great food and are ready to get up close and personal and learn how that food comes to life, and thanks to Walt Disney World 2017, this Festival continues to do just that and so much more. 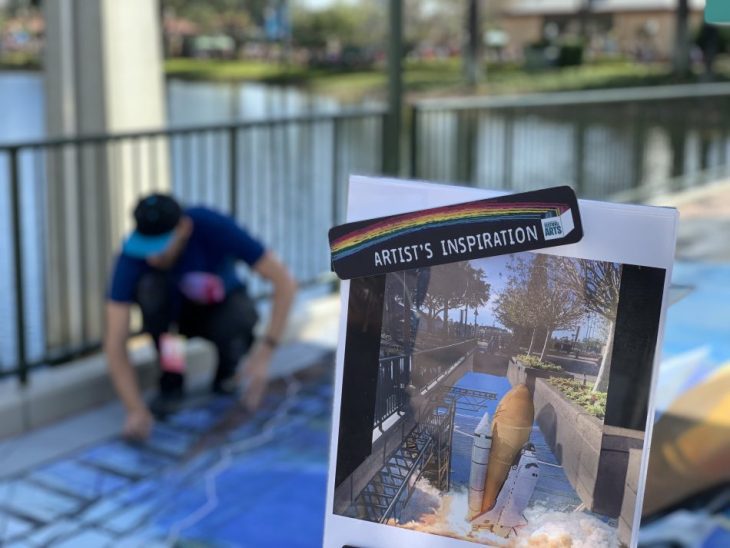 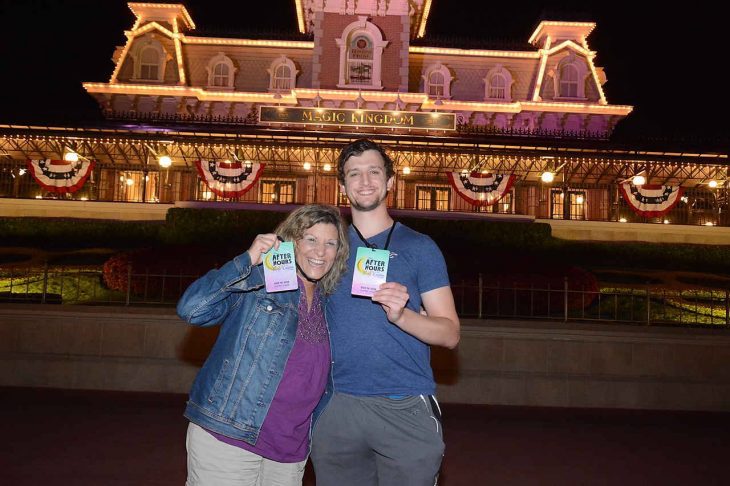 Ever wanted to feel as though that Magic Kingdom was throwing a private party just for you. Walt Disney World 2017 gave us the perfect way to do just that with their special limited ticketed event, Disney After Hours. On select nights throughout 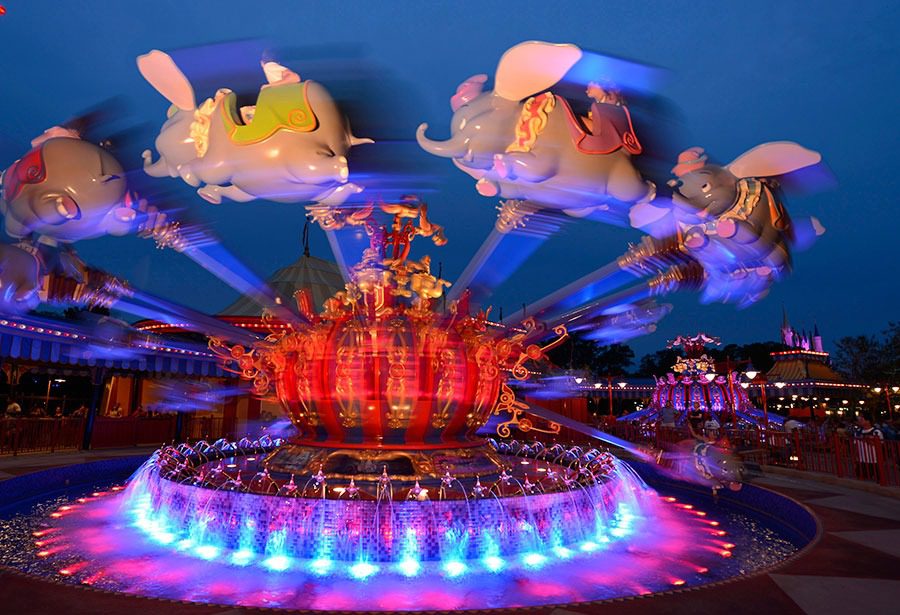 January, February, and March, the Magic Kingdom invited you to have the magic all to yourself.  Close your eyes and for a moment, picture yourself and your family in the heart of the Magic Kingdom at the Walt Disney World Resort with NO CROWDS, no waiting, and no lines-this is the magic of Disney After Hours which featured 25 of the most popular 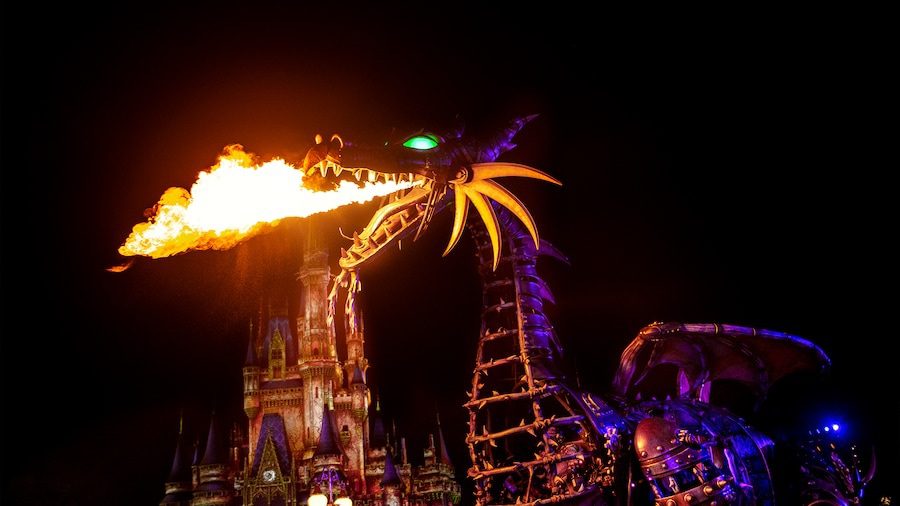 attractions and Character greeting with little to no waiting. It felt as though the Magic Kingdom opened up for just you and your family for a night of magic and memories and it allowed you to discover, or rediscover the Magic Kingdom after dark in a whole new way. 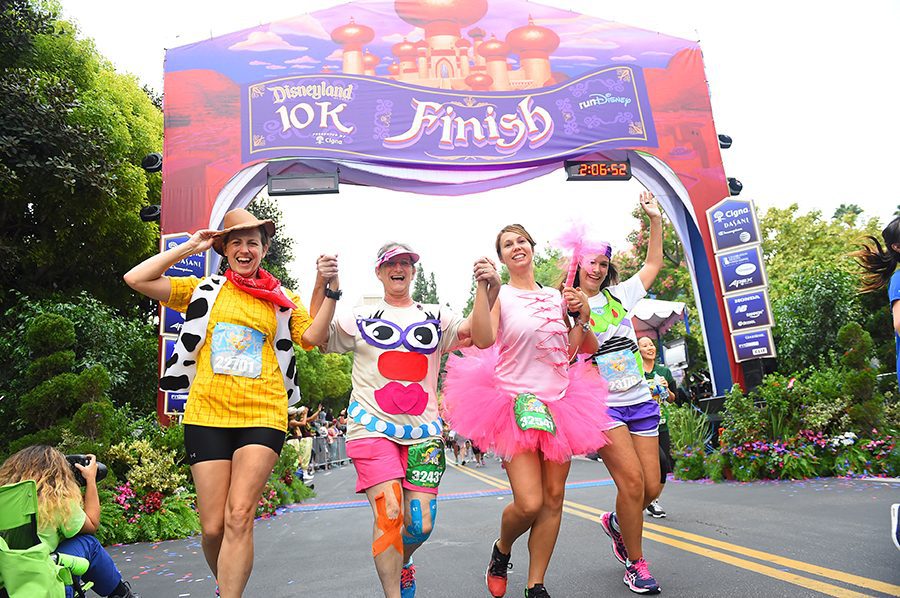 Walt Disney World 2017 was a milestone year for the runDisney races as the Walt Disney World Half Marathon marked the 20th year for the race weekend’s half marathon distance, with Donald Duck as their mascot. Also in anticipation of the release of “Beauty & The Beast” that spring, runDisney themed the Princess Half Marathon after the beloved Tale As Old As Time. Whether you were a walk with purpose kind of “racer” or trained year-round in the hopes of a new personal,  best, these races allowed everyone, even people like me to run like the wind and achieve something never before dreamed of. 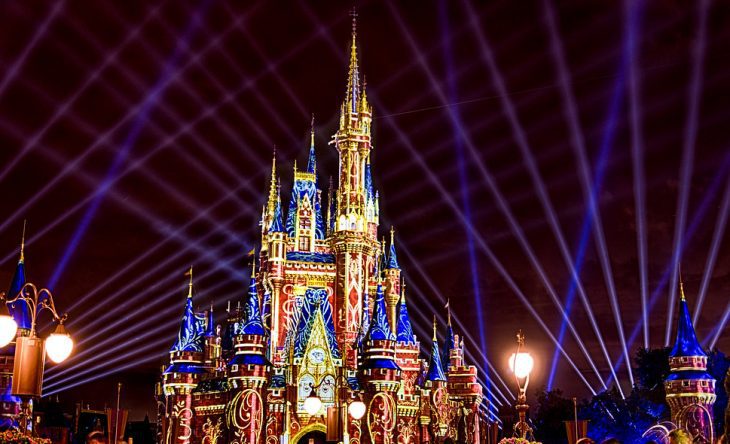 Walt Disney World 2017 showed us once again just why the Magic Kingdom is truly the most magical place on earth as Happily Ever After Nighttime Spectacular lit up the night skies.  This new show exploded into the night sky above Cinderella Castle. Projection mapping combined with Disney storytelling, pyrotechnics, and classic Disney characters came together in a show that inspired guests to find their own “Happily Ever After.”  And no show can be a true Disney show unless you are humming and singing along and this one will stay in your heart long after the evening is over with its original score and that helps to bring to life, not just the fireworks high overhead but the original, hand-drawn animation of characters like Ursula, Aladdin, and Tiana that are projected right onto Cinderella Castle. 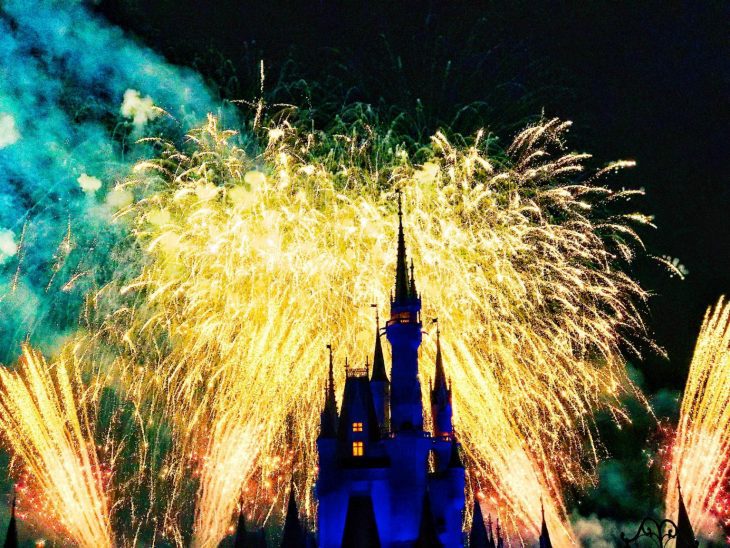 Although many changes came to Walt Disney World 2017 none was bigger or more revolutionary than the opening of Pandora-The World of Avatar which forever changed the way new lands were imagined and developed and truly set the stage for the future. It was Walt Disney’s belief that everything begins with the telling of a great story and in order to tell that story, it is the attention to detail that brings that story to life.  Never has that been more true than in  Pandora- The World of Avatar at Disney’s Animal Kingdom.

I will be the first to admit that I was not a fan of the film so I had my reservations about this new land, and was even more skeptikal as to how it fit in with Walt Disney World, much less Disney’s Animal Kingdom but now after more journeys to Pandora-The World of Avatar than I can count, I can say without reservation that it is indeed not like anything you have ever seen before and above anything else, it is in all of those smallest of details that makes Pandora a world all onto itself.

When you first travel to the far-away world of Pandora as probable eco-tourists, waiting for you are everything from floating mountains, to a glowing, bioluminescent rainforest and other wonders of an alien world. The backstory tells the tale of  The Valley of Mo’ara on Pandora in the midst of undergoing a rebirth long after a destructive mining operation known as the Resources Development Administration (RDA) ceased operation.  Eco-tourists, for the first time, can travel to this exoplanet located in the Alpha Centauri star system 4.4 light-years from Earth.

Imagine visiting a world full of mystical worlds of floating mountains, tropical bioluminescent forests, and new experiences that will take your breath away. 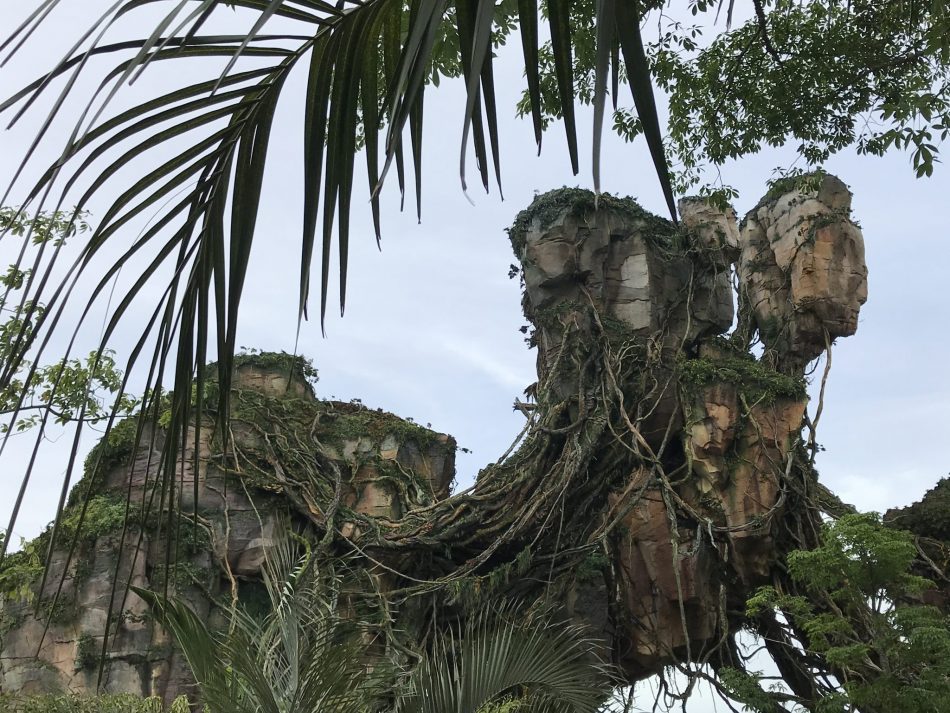 Pandora, the largest expansion in the history of Disney’s Animal Kingdom, continues the park’s tradition of celebrating the intrinsic value of nature, transformation through adventure, and a personal call to action.

Inspired by AVATAR, the blockbuster film and Oscar winner directed by James Cameron, the thematic area welcomes you to the exuberant world of Pandora long after the conflict between humans and the Na’vi, its native inhabitants, has ended. 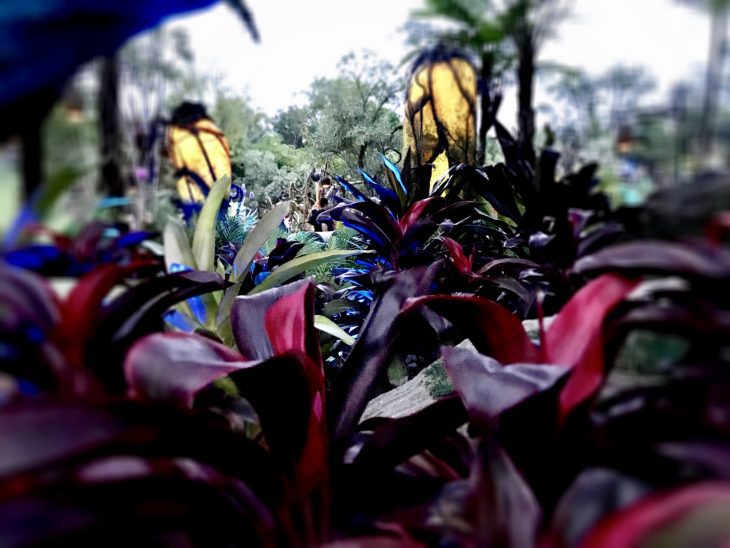 And the best part is that because the dramatic daytime beauty of the area is transformed in a resplendent way at night when bioluminescent flora comes to life seeing Pandora during the nighttime is a totally different experience than seeing it during the daytime but the changes are so subtle as the sun goes down that you almost don’t realize what is happening until you find yourself surrounded by it.

Pandora – The World of Avatar is a creative collaboration of Walt Disney Imagineering, Cameron, and Lightstorm Entertainment, owned by Cameron.  “We bring visitors to this incredible world in a realistic experience as immersed as possible,” said Joe Rohde, creative executive at Walt Disney Imagineering. “In the film, the world of Pandora is a backdrop for action and the characters whose stories we follow. Here, visitors are the main characters immersed in an extremely vivid and authentic experience. “

“Once visitors cross the bridge, light-years are transported to the Alpha-Centauri and Pandora solar system,” said Jon Landau, producer of AVATAR and Cameron’s partner at Lightstorm Entertainment. “It’s a thematic experience from another world.” 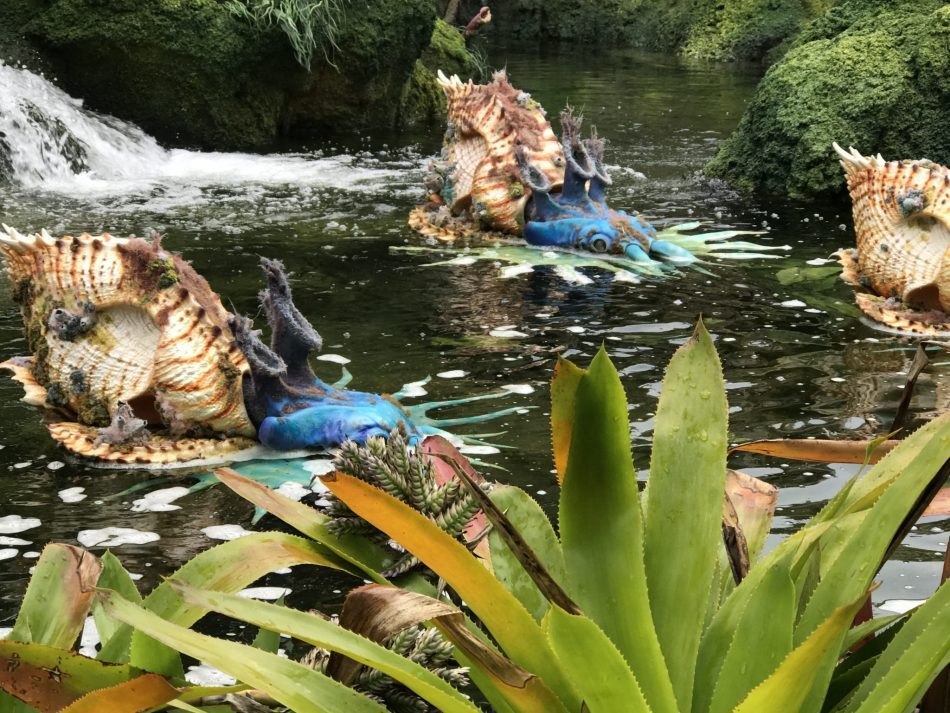 As you explore the green and vast terrain beneath the mountains that appear to float in the sky, you discover breathtaking views of waterfalls coming down the hillside that culminate in winding streams and pools. It is where these two intersect that one will find the two newest Disney attractions- Avatar Flight of Passage and Na’vi River Journey. With the introduction of the magic of Pandora- The World of Avatar, as well as the still 2 years in the future addition of Star Wars Galaxy’s Edge, the stage was set to usher in a whole new world of magic at Walt Disney World in ways that we could have never dreamed of or imagined.

And Even More Magic In Walt Disney World 2017

Walt Disney World 2017 was definitely a pivotal year and played such an important role in setting the stage for the future. Not only were there new festivals, new nighttime spectaculars, and whole new worlds but 2017 also gave us Miss Adventure Falls at Disney’s Typhoon Lagoon which gave us a new way to have a splashing good time aboard this family- 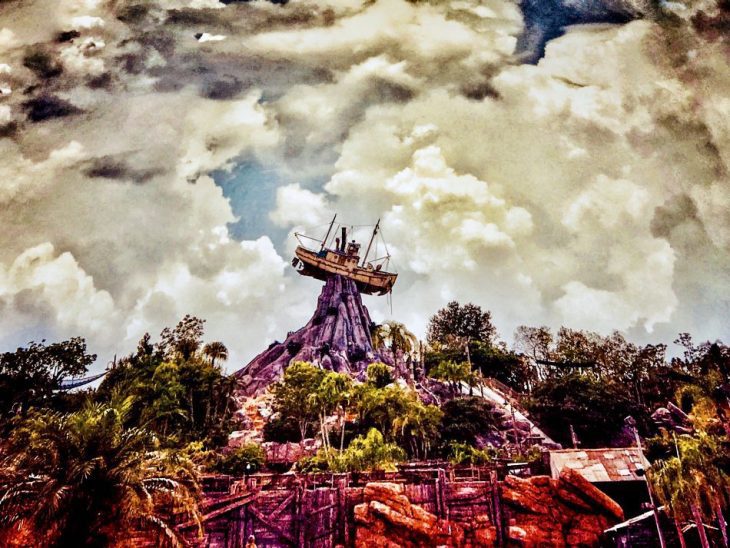 style raft attraction. Here guests were invited to slide down on a white water rafting adventure past the lost and glittering treasure of the fabled Captain Mary Oceaneer. With a ride time of two minutes, this would come to be one of the longest water attractions at both Disney Water Parks. 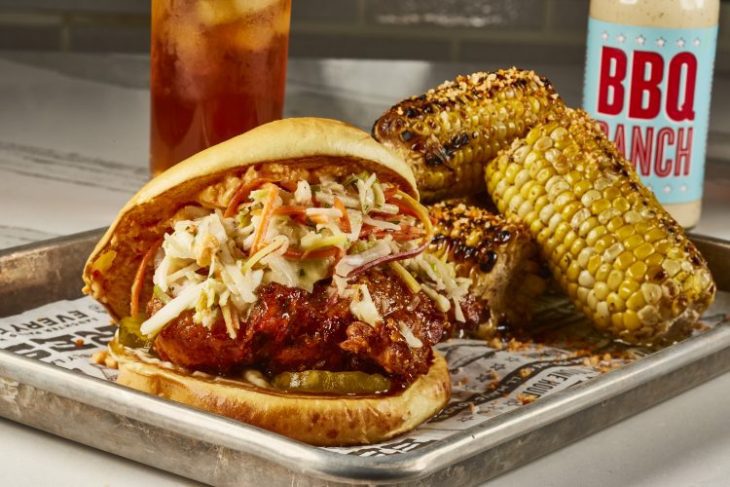 Meanwhile, over at Disney Springs, food was the word of the days with an abundance of goodness waiting to delight our tastebuds including Planet Hollywood Observatory, Paddlefish, and The Polite Pig, and if that weren’t enough, a new place for guests to call home while visiting Walt Disney World 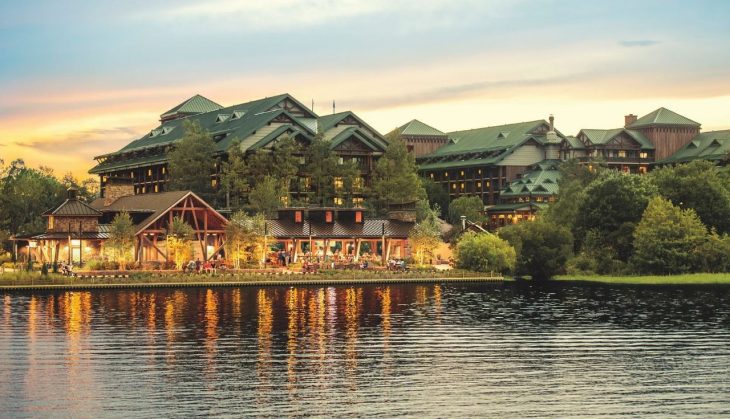 welcomed its first guests as The Villas at Disney’s Wilderness Lodge were reimagined and made the transformation to the Boulder Ridge Villas at Disney’s Wilderness Lodge.  The former quiet pool, Hidden Springs, was reimagined to tell the backstory of Boulder Ridge. Fashioned after an old quarry, the Boulder Ridge Cove pool area will feature an expanded sun deck and zero-depth-entry pool. The new Geyser Point Bar and Grill and a new quick-service restaurant all gave guests more dining options. 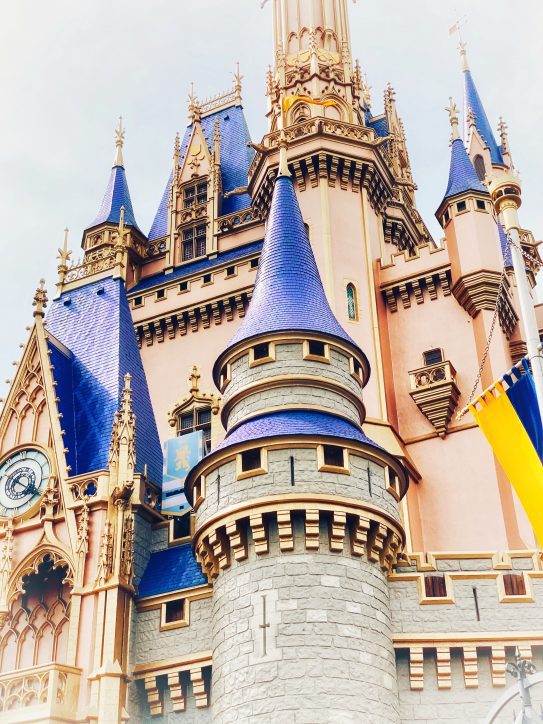 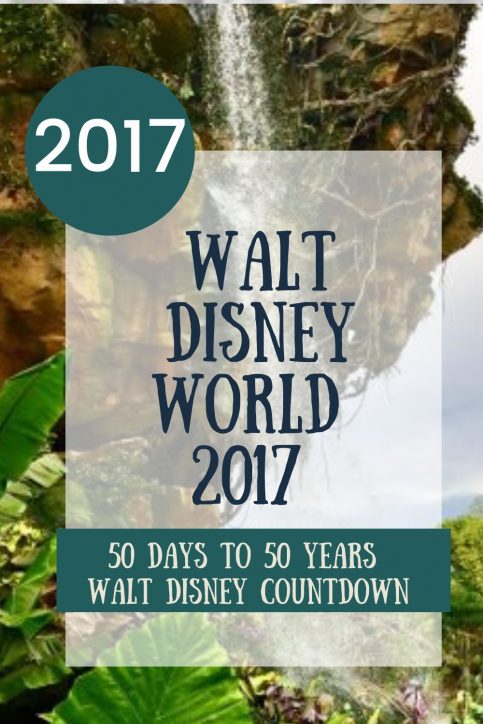