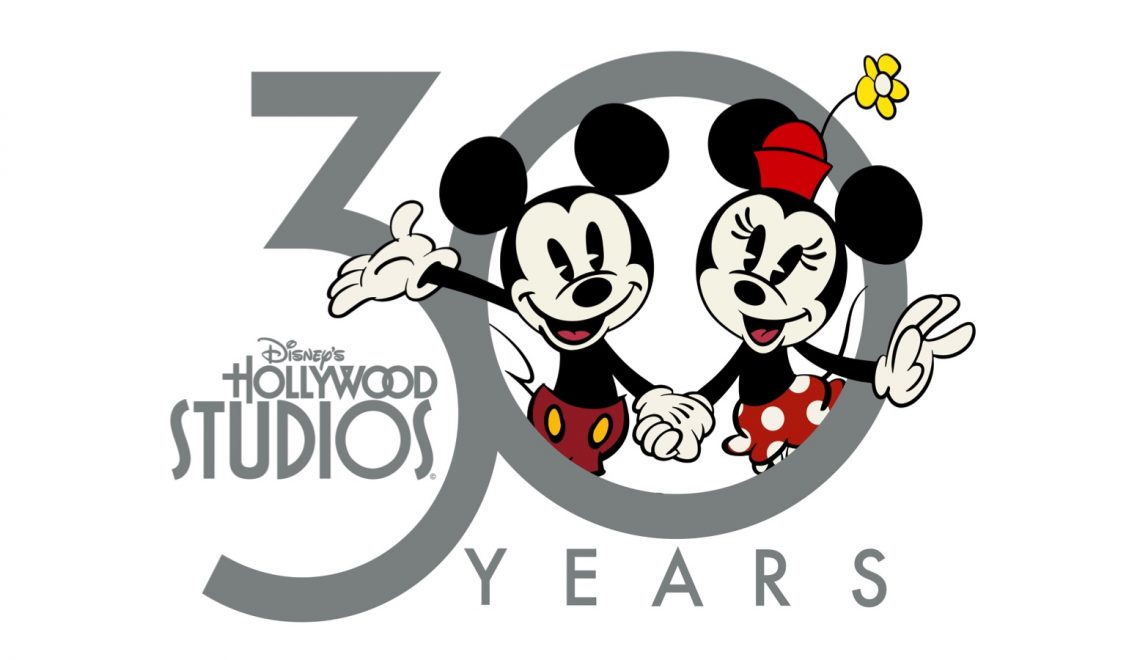 Get ready because the party is about to start and here is your insider’s guide to Disney’s Hollywood Studios 30th Anniversary Celebration on May 1. 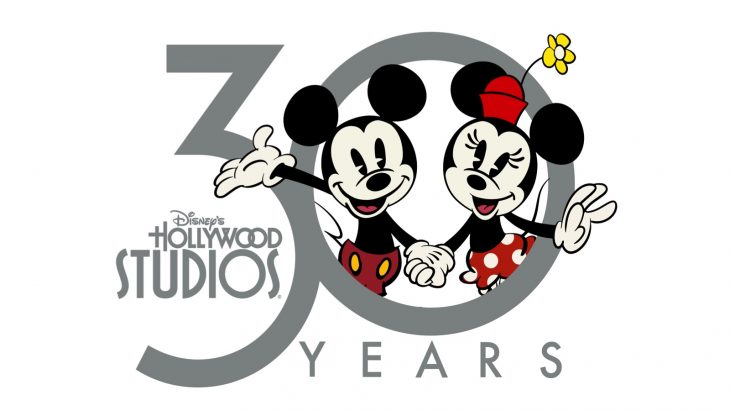 The red carpet is ready and everyone is invited to join in the fun that is waiting for you as the countdown to all the festivities has started and you won’t want to miss a thing! 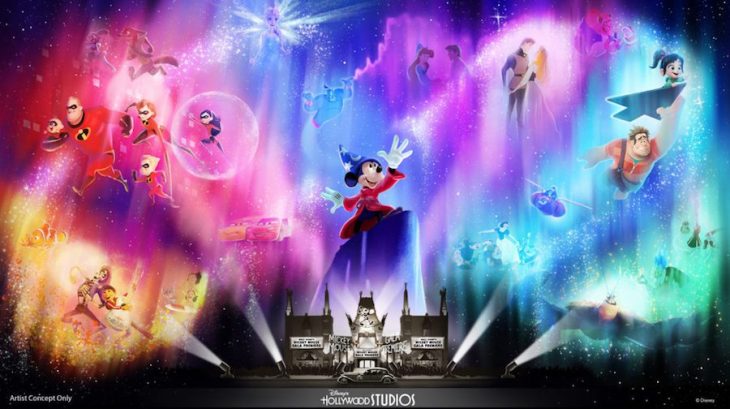 Here’s your first look at how you can join in with all of the celebration fun for the milestone anniversary at the park on May 1: 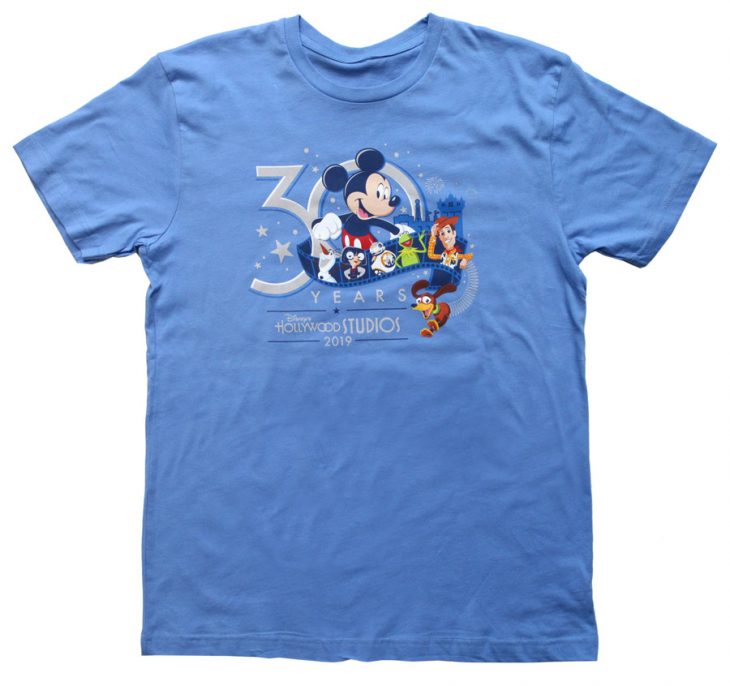 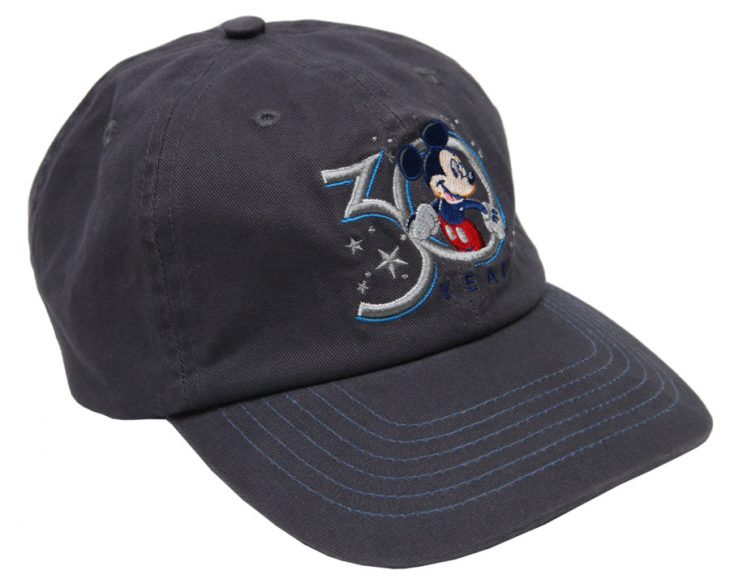 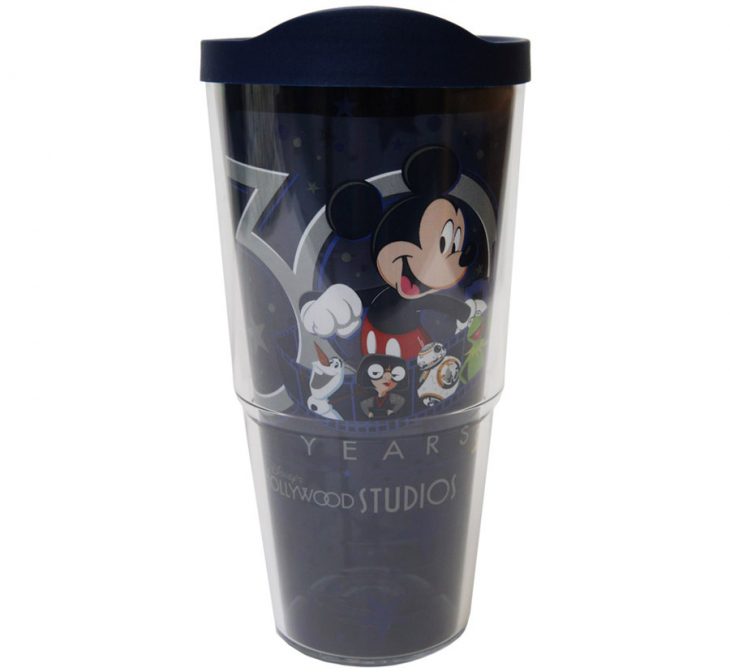 Grab Exclusive 30th Anniversary Merchandise – Special 30th-anniversary merchandise will be unveiled on May 1, including a new adult T-shirt, baseball cap, Tervis 24-oz tumbler, MagicBand, ornament and much more. Annual passholders can also shop for some items exclusively created for them. Merchandise can be found starting at 8 a.m. in Grand Park, while supplies last. (Please note: Merchandise will go on sale at 8 a.m., Disney’s Hollywood Studios opens at 9 a.m.) 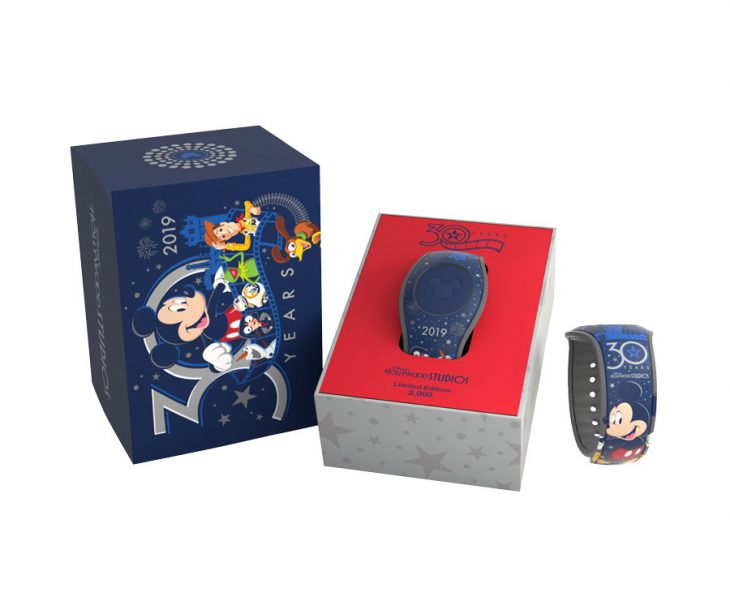 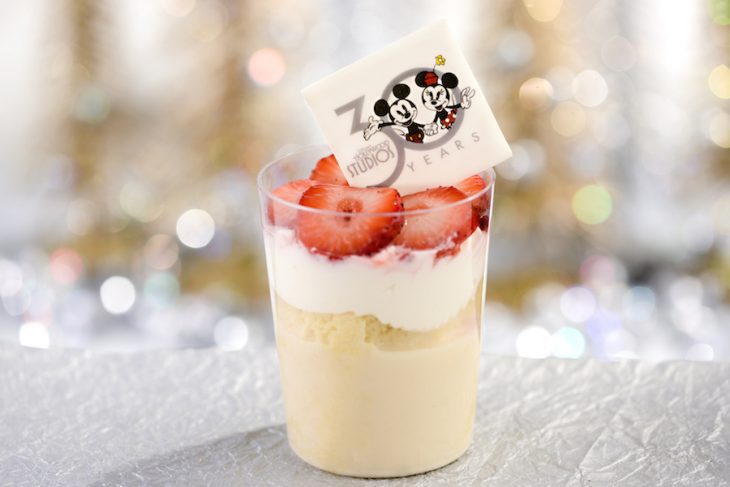 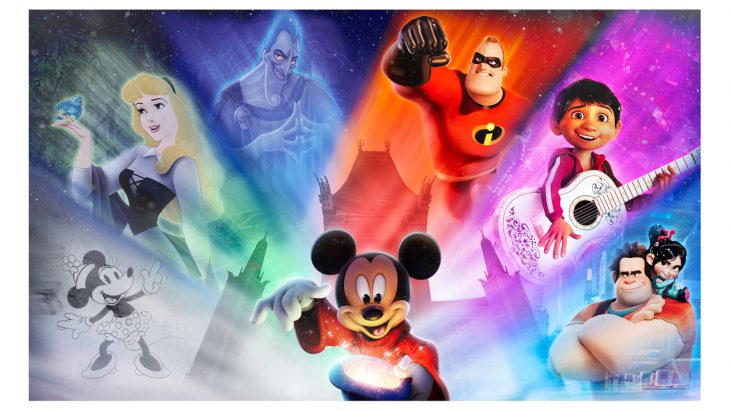 Now More Than Ever it’s the most magical time to visit Disney’s Hollywood Studios. With so many new things to see and do, it’s the perfect time to celebrate with the entire family and create those magical memories that will last for years to come. Just check out what’s new at Hollywood Studios:

We were on hand to be one of the first to check out Lightning McQueen’s Racing Academy and it did not disappoint! This high-octane, first-of-its-kind show that puts guests in the middle of the “Cars” universe

Whether you are a fan of the Cars franchise or just looking for good old fashioned family fun, Lightning McQueen’s Racing Academy gets the entire audience pumped up for a high-octane, first-of-its-kind show that gives you the feeling that you are right in the middle of the Disney•Pixar Cars universe.

There’s a chance to get up close and personal with Cruz Ramirez just outside the Academy, ready for a photo-op with her fans and my favorite part, DJ—the ultimate party car from Route 66 who gets everyone revved up with his incredible music mix. I defy anyone whether young, or young at heart not to dance along.

Mater welcomes aspiring race car drivers to learn what it takes to be a champion racer from the legendary Lightning McQueen.

One of the best parts of the experience is the immersive activities that await you in the Sunset Showcase Courtyard itself really bringing families into the action with unique and one of a kind activities outside Lightning McQueen’s Racing Academy.

Here you have a chance to meet Cruz and have your photo taken with the champion racer or even better, take advantage of your Disney PhotoPass be surprised with some extra magical surprises. Get ready to dance with DJ, the ultimate party on wheels as he and his friends bring their very own music mix to Disney’s Hollywood Studios.

Throughout the day Lightning McQueen’s Pit Crew invite you to join them for “DJ’s Ready! Set! Party Time!” as the whole crew gathers ’round DJ for highspeed Cars-inspired dances and games.

Get Ready, Set, PLAY! It’s time to shrink down to the size of a toy and head to Andy’s Backyard because Toy Story Land in Disney’s Hollywood Studios is open and waiting for you.

From the sensation of shrinking to the size of a toy as you explore Andy’s backyard and see your favorite Toy Story characters larger than life, to the feeling of nostalgia that sweeps over you as you once again visit your childhood, to immersing yourself in a world you always dreamed of, Toy Story Land is a magical place built for the entire family from the young to the young at heart, here in Andy’s Backyard, there is something for everyone.

Whether it’s an exciting ride on Slinky Dog Dash, the family-friendly coaster, or taking a spin on a toy rocket on Alien Swirling Saucers or a 3D adventure through carnival midway games on Toy Story Mania, it truly is a land like no other where you are immersed in the playful world of toys.

Hang on because Andy’s assembled his Mega Coaster Play Kit and Slinky Doy is ready to stretch out and take you on a wild, toy-filled adventure ride. On this fun-filled family-friendly coaster with enough thrills and chills for every member of the family, Slinky Dog Dash is more fun than a barrel of monkeys and one you’ll want to ride over and over again.

Don’t miss this roller-coaster-style ride as he bends and twists and stretches his way all throughout this new land. It’s a wacky attraction the entire family can enjoy together.

Will you be chosen by the Claw? Blast off on an interstellar romp, set to an out-of-this-world beat! Inside a play set that Andy won at Pizza Planet, the Aliens have powered up their flying saucers—and they’re ready to spin you on a wild ride into space!

Hold on for some wild fun as your toy rocket takes off, all while electronic space music provides an intergalactic soundtrack.

The entrance may have moved to its new location within Toy Story Land but all of the fun remains the same. Toy Story Mania invites you to climb aboard for a rootin’ tootin’ good time as you ride ‘n’ blast moving targets at this midway-style, 4D shootin’ game starring popular characters. Climb aboard an early 20th-century-inspired Carnival Ride Tram and grab your spring-action shooter.

With 3D glasses on, glide into the Toy Story Midway Games Play Set and take aim at stationary and moving 3D objects in a variety of fast-paced games. Here you will zip through a virtual gallery of exciting carnival games based on the hit animated film series as you step inside Andy’s room and wind your way through a toy treasure chest of classic playthings.

Pass a Candyland® game box, Viewmaster® discs, crayon drawings and a Scrabble board before picking up a pair of special 3D glasses for the fun to come. It’s all of the fun and laughter that you have come to love now at its new home within Toy Story Land

Now when you visit  Disney’s Hollywood Studios can step into Star Wars experiences with exciting live entertainment, out-of-this-world encounters with favorite Star Wars characters, special displays inside Star Wars Launch Bay that take guests behind the scenes of the epic saga, and a first-ever themed tour.

Here are all of the Star Wars experiences in store for guests at Disney’s Hollywood Studios:

Jedi Training: Trials of the Temple This popular entertainment offering was reimagined with new characters and a new villain to battle from Star Wars Rebels, the popular Disney XD series. Younglings are magically transported to a secret and ancient Jedi temple where they will face villains such as Darth Vader and the Seventh Sister Inquisitor from Star Wars Rebels, and discover if they have the makings of a true Jedi.

March of the First Order Clear the way for Captain Phasma as this ruthless commander leads her squad of Stormtroopers up Hollywood Boulevard to Center Stage at Disney’s Hollywood Studios—and witness a daunting demonstration of the First Order’s obedience and strength.

Star Wars: A Galaxy Far, Far Away Witness the power of a live show that brings iconic Star Wars scenes to life. 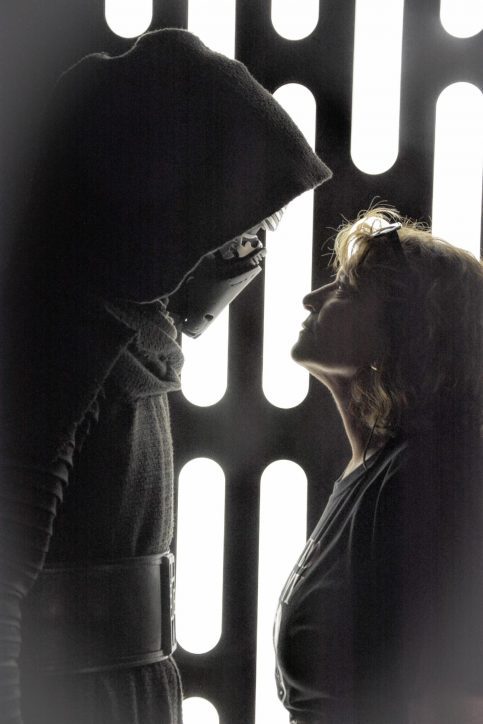 And this summer, get ready for Galaxy’s Edge-Opening August 29, 2019

With the announcement of the opening dates of Galaxy’s Edge at both Disneyland Resort in California and at Walt Disney World in Florida, here’s everything you need to know!

The opening dates for “Star Wars: Galaxy’s Edge” have been announced. Bob Iger, Chairman and Chief Executive Officer of The Walt Disney Company, shared the dates from the Annual Meeting of Shareholders in St Louis, Missouri

One thing is certain, this is something never before seen on any scale at any of the Disney Parks and it will definitely transport us to a galaxy far, far away.

The highly anticipated lands are opening earlier than originally expected. The two lands had previously been slated to open in summer and fall, respectively. The opening dates represent phase one of a two-phase opening. On opening day, Millennium Falcon: Smugglers Run will be open. Phase two, which will take place later this year, is when guests can experience Star Wars: Rise of the Resistance.

Guests will be able to board and fly the fastest hunk of junk in the galaxy will walk its iconic circular hallways leading to the cockpit in the Millennium Falcon: Smuggler’s Run attraction opening at Star Wars Galaxy’s Edge this summer at Disneyland and in the fall at Walt Disney World. Disney also announced today that for the first few months of the opening of Galaxy’s Edge, there will be no FastPasses so that everyone has the chance to enjoy the experience. At Disneyland, guests will make a no-cost reservation to enter Galaxy’s Edge in order to help manage crowds however those staying at one of the Disneyland Resort Properties, will be given reservations into this new immersive experience as part of their hotel reservations.

Smuggler’s Run attraction at Star Wars: Galaxy’s Edge, will include such iconic Star Wars scenes as the. Dejarik holographic chess table made famous in 1977’s Star Wars. Guests will be able to explore this space and take pictures, before heading to the cockpit.
DIsney After Hours

Want to make the absolute most of the 30th-anniversary fun? Grab tickets now for a special Disney After Hours Event Night that has been added to the schedule for May 1.

There will also be a special encore performance of “Wonderful World of Animation” taking place exclusively for event attendees. 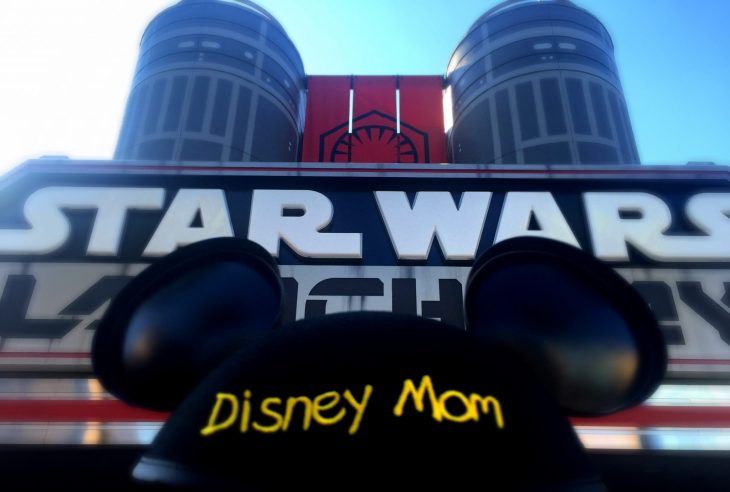 Now more than ever, grab the family and make your plans to enjoy all of the magic that awaits you at Walt Disney World. What is your favorite memory of Disney’s Hollywood Studios?