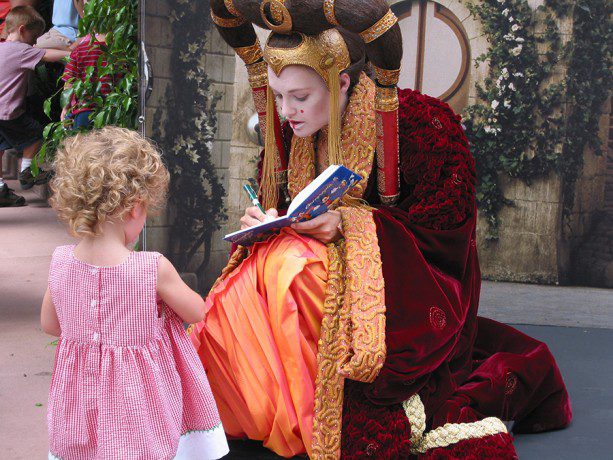 The Force is strong at Walt Disney World as  Star Wars Weekends 2015 is back at Disney’s Hollywood Studios. Throughout this weekend, and continuing through June 14 dozens of Star Wars characters  will be appearing throughout the park, along with the “Legends of the Force” celebrity motorcade, the all-new “Star Wars: Rebels” show at Theater of the Stars, “Symphony in the Stars” fireworks and so much more! And what’s this…? The Emperor is coming here this weekend?

That’s right! Ian McDiarmid, the actor who portrayed Emperor Palpatine (aka the Sith Lord Darth Sidious) in theStar Wars films, has made his first hyperspace jump to our system as a celebrity guest for Weekend I of Star WarsWeekends. You’ll want to double your efforts to be here and see him, along with the other stars of the saga appearing this weekend. Here’s the complete list:

Also new and not to be missed at Star Wars Weekends this year is Rebel Hangar: A Star Wars Lounge Experience and the Darth’s Mall complex on Streets of America, where you will find the droids (and T-shirts and other great merchandise) you’re looking for!

Be a part of the excitement on social media using the hashtag #SWW2015. If you can’t make it this weekend, Star Wars Weekends continues every Friday, Saturday and Sunday through June 14.