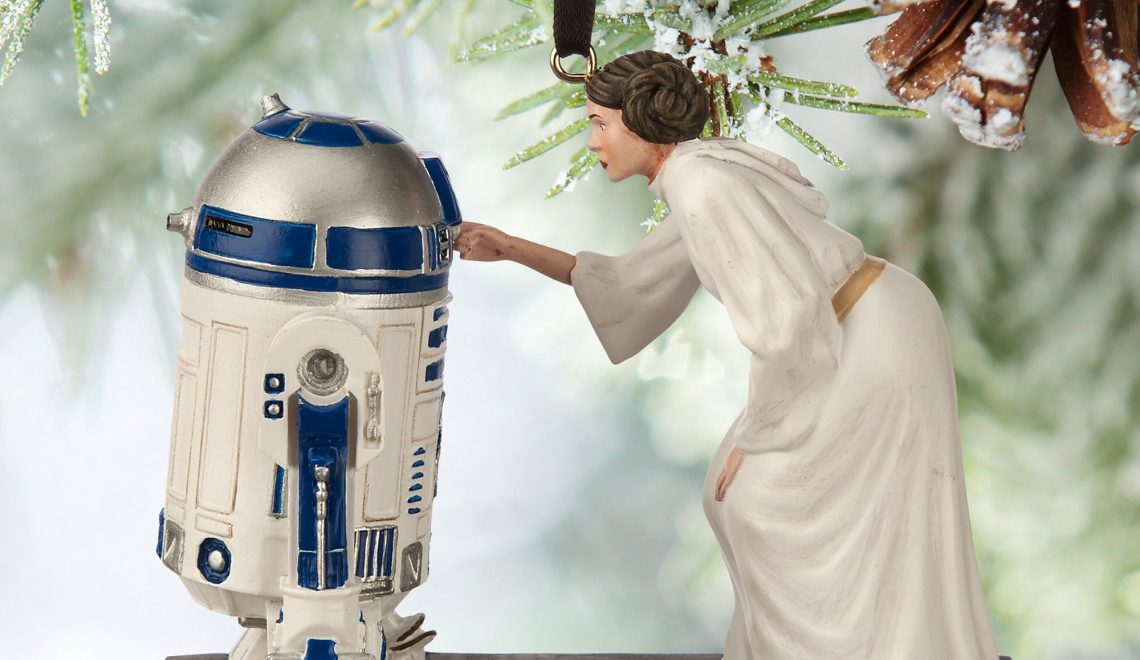 Star Wars Bladebuilders: Jedi Master Lightsaber by HasbroBladebuilders take lightsaber toys in a whole new direction, where you can mix and match pieces to create your own unique Jedi (or Sith) weapon. But the Jedi Master Lightsaber from the Bladebuilders line is the ultimate — and deserving of its name. More than 100 combinations are possible, and it comes with a main lightsaber featuring lights and sounds, two independently-lit lightdaggers, expansion hilt, two elbow connectors, dual connector, and cross connector. If Yoda had this in Revenge of the Sith, he could’ve beaten the Emperor, no problem. The Black Series line of action figures from Hasbro is a favorite of collectors for its high level of detail and amazing articulation. Several new figures from Star Wars: The Force Awakens are available, including Kylo Ren, Finn, Poe Dameron, First Order stormtrooper, Rey (pictured above with pack-in BB-8), and lots more. They’re stunning, and great for play or display (or both!). A technological marvel, Sphero’s BB-8 is an app-enabled toy that accurately recreates the look and movements of the new-form droid as seen in Star Wars: The Force Awakens. It features an adaptive personality, changing as you play, and shows a range of emotions and expressions — even responding to your voice commands. With Sphero’s BB-8, you can own the galaxy’s most popular new droid, no trip to Jakku necessary. For the fan in your life who wants to finish what Darth Vader started, there’s the Kylo Ren Lighstaber. A unique lightsaber with cross-hilt blades, the dark warrior’s weapon has become iconic, and this toy brings it to life with lights, motion-sensor sounds, battle-clash rumble, and dueling effects. The Elite Series is a new line of action figures featuring beautiful sculpts and movie-accurate detail, all in die-cast metal. Figures in the initial launch include several heroes and villains from Star Wars: The Force Awakens: Finn, Rey and BB-8, the First Order loyalist Captain Phasma, and Kylo Ren (pictured above). One of the most pivotal moments in Star Wars, right on your tree. Finely crafted and detailed, this Sketchbook Ornament recreates the famous A New Hope scene in which Princess Leia stores the Death Star plans in R2-D2. Next stop, Tatooine. Other Star Wars ornaments include Darth Vader, Kylo Ren, and more. Finally, Artoo can keep you company on the way to either Dagobah or the grocery store. The R2-D2 Talking Figure beeps, squeaks, spins, and rolls. Whether he’ll call you or the person you give him to a “mindless philosopher” is unknown. Based on the Sith Lord’s iconic armor and black robes, the Darth Vader Nixon watch combines a classic Star Wars look with premium watch design. Filled with intricate details — note the use of black, silver, and red, as well as the Empire symbol and TIE fighter wings — this is a collectible like no other. Dark Side Necklace by Her UniverseThe gift for dark side divas everywhere, made by Her Universe — purveyors of cool, fashionable pop culture clothes and jewelry for women. This stunning black hematite Darth Vader necklace is adorned with Swarovski crystals, and is a stylish take on the Dark Lord of the Sith. Impressive. Most impressive. Presenting Star Wars Uggs, for the fan who lives in Hoth-like climates (or just wants some comfortable footwear). Developed for a special collection, Star Wars Uggs celebrate the designs of the original trilogy and are perfect for running away from wampas. The art is calling to you. Let it in with these vintage-style posters by Steve Thomas, featuring fun interpretations of BB-8 and Rey’s Jakku speeder from Star Wars: The Force Awakens.

Limited edition and numbered, the Star Wars Huffy Bike incorporates First Order-inspired aesthetics and cutting-edge biking tech. Comes equipped with 4″ fat tires that can handle sand, gravel, and snow, and seven speeds that shift easily over any terrain — an excellent choice for stormtroopers everywhere.  Available at Target and Target.com. You don’t need to deliver a smuggler frozen in carbonite to Jabba the Hutt to collect (or give) this bounty. Get your friends or family a subscription to Smuggler’s Bounty: the only official Star Wars subscription box.

Let the Holiday Shopping begin and may the Force Be With You.

Find out all the latest as we count down the days to Star Wars: The Force Awakens