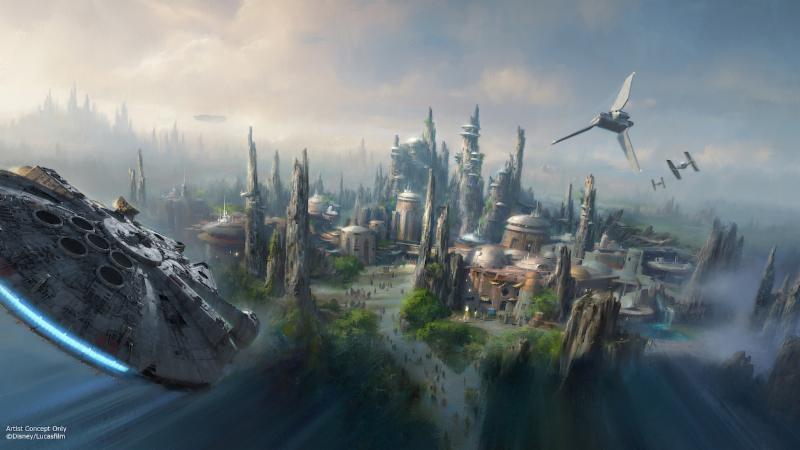 I saw the new teaser trailer for Star Wars: The Force Awakens recently and I have to say it brought a big smile to my face even though I’m probably not the right generation or audience for the film. Considering what a big science fiction and science in general nerd I am you might ask why. I hit my teenage years in the mid sixties. I read a ton of comic books and later science fiction while growing up and saw a lot of bad science fiction films. When Star Trek came out in 1966 I was fully primed and starved for quality science fiction in any other media aside from the printed page and the original Star Trek delivered. It may look primitive by today’s CG standards but in 1966 it was beyond cutting edge. Though science fiction on TV was popular with shows like Lost In Space and My Favorite Martian and shows with science fictional elements like Batman, only Star Trek presented a true science fiction TV show with intelligence, good writing and, soon to be, iconic characters. Many of the episodes especially those of the first and second seasons were written by real science fiction authors and had real science fiction story lines. This was something almost entirely new for TV or movies and continues to be exceedingly rare. call science fiction really started in the early part of the last century. There were many small magazines of original stories, some of them concentrating on what was originally named science fiction in the 1920’s. Like all kinds of literature SF evolved and the 1930’s was the great time of space opera, stories that could have been westerns or some other kind of historical fiction but were dressed up in mock sciencey elements with minimal attention to real science. These were often exciting and occasionally even well written.

The 1940’s ushered in a revolution. The magazines became far more literate. The writing improved dramatically, and the authors started  treating the science elements with real rigor. There were still galactic empires and stories set in the far future and all manner of incredible gadgets but the writers started to try to really figure out how these things and settings might actually work. Later on in the ’50s SF started to add more psychological elements as authors started trying to figure out not only how things might actually work but how the people in the stories might actually live, think and exist in the brave new worlds they created. The writing continued to improve and by the ’60s SF had become an intelligent, highly literate and exciting genre filled with great ideas and great stories on an equal footing with any other literary genre.

But science fiction on the page did not translate into science fiction in movies or TV. Except for some episodes on anthology shows like The Twilight Zone and The Outer Limits, SF on the big and little screen was firmly mired in the kind of stories that were popular in the 1920s and 1930s. Star Trek changed all of that. Right from the start Star Trek was intelligently and seriously written. Some of the genres’ best writers wrote many episodes of Star Trek and explored those strange new worlds and civilizations with intelligence and scientific rigor. Plus they were serious about what they wrote and explored their settings and stories with exciting and fascinating characters who have become major cultural icons. This new sort of science fiction show was unbelievably exciting to me as a budding science nerd plus it greatly influenced a generation of upcoming scientists and engineers. Star Trek was the first really intelligent science fiction show and a couple of years later would come the first really intelligent, big-budget SF film, 2001: A Space Odyssey. Real science fiction with big ideas, real science backgrounds and exciting, well acted stories had finally shown up on the big and little screens.

Sadly really good SF still remained relatively rare on TV and the movies as knockoffs of Star Trek and 2001 appeared trying to capture what made them unique but with no real understanding of what that was. They often harkened back and took their inspiration from the SF stories of the 20’s and 30’s, and the movies and serials of the 40’s and 50’s, the years of space opera before scientific rigor and good writing entered the world of SF. Into this environment came Star Wars.

Star Wars appeared in 1977 to immediate acclaim and popularity. It captured the imagination of a generation and greatly disappointed me. I had been raised on what I considered the real stuff, the golden age of literary SF up through the new wave of the 60’s and 70’s, Star Trek and 2001. To me Star Wars was a huge step backward. It looked incredible. The story moved at a break neck pace. Luke, Han, Leia, Obi-Wan and all the rest were appealing and memorable characters. It was exciting. Yet the story and everything else about the film was old style space opera and as George Lucas has explained this was by design. I’d read this story scores of times. It was old and hackneyed by 1939. After Star Trek and 2001 I wanted more and this was so much less. This was for kids and I was already too old at 23 for Star Wars.

By the time The Empire Strikes Back and Return of the Jedi came out I’d managed to become a touch more tolerant and came to enjoy and accept Star Wars on its’ own terms. I enjoyed the space opera and the mythology of the eternal hero that Lucas was working with. Though not a fan I saw all the subsequent films when they came out and got caught up in Luke’s spiritual journey and the redemption of Vader and later the destruction of Anakin and the republic in the prequel trilogy.

But it wasn’t science fiction and I disliked Lucas’ writing in the prequels, the over-reliance on CG effects, and the increasingly tiresome storyline of “The One” who will come to redeem the story, country, planet, universe, or whatever else needs redeeming. Real science fiction on the big and small screen remains rare. TV shows like Babylon 5 and Firefly and movies like Gravity, Interstellar, and Serenity are few and far between.

Yet despite all I enjoyed seeing the new Star Wars trailer especially the last bit with Han and Chewy. It was like seeing fondly remembered old friends after a long absence. I hope J. J. Abrams has done a good job. He is admittedly a huge Star Wars fan and he’s the right generation to be making the new Star Wars film. After some false starts including throwing out George Lucas’ story treatments he enlisted Lawrence Kasdan, co-writer of the best Star Wars film, The Empire Strikes Back, to co-write the new one. By all accounts the original Star Wars was to Abrams what the original Star Trek series was to me.

Star Wars might not be science fiction but at its’ best it’s been supremely entertaining and I look forward to seeing Luke, Leia, Han and the rest of our old favorites plus all the newbies in yet another rousing adventure set a long time ago in a galaxy far, far away.