What Do The 1964 New York World’s Fair And Disney Have In Common? 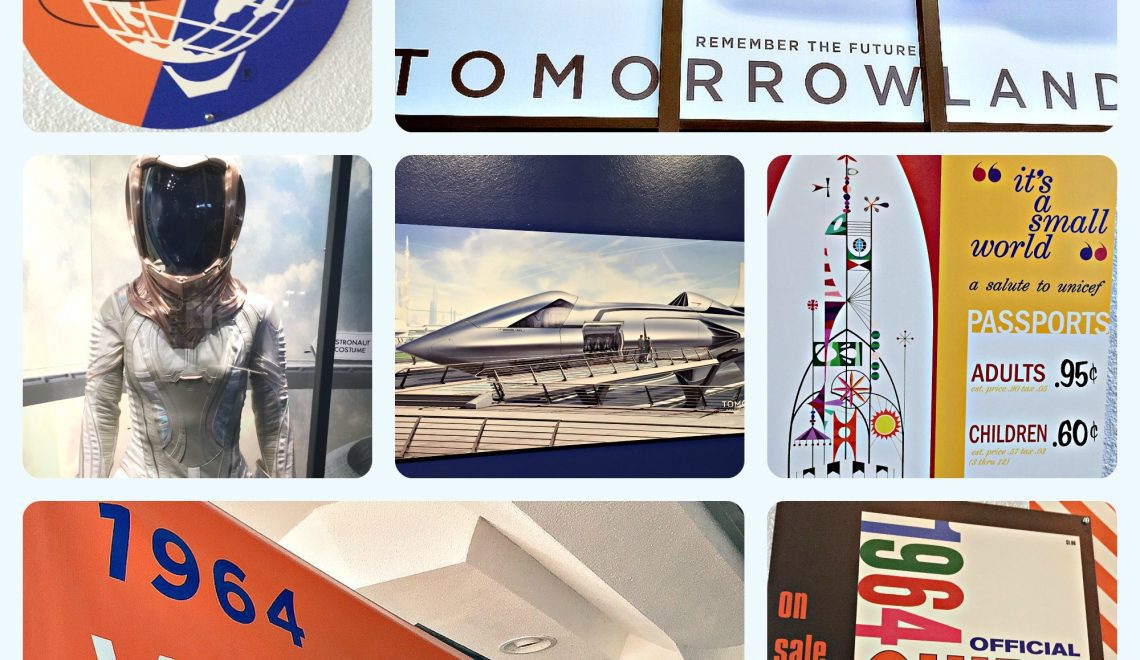 I was at Disneyland last summer and the rest of the family was off doing other things and I found myself wandering down Main Street. I stopped in at Great Moments With Mr. Lincoln and had the epiphany that I had seen all this before almost exactly 50 years ago at the New York Worlds Fair. After I got over feeling extremely old I tried to remember what I had seen so long ago and fit it in with what’s left at Disneyland today. All of which got me thinking about the nature of memory.

The summer of 1964 I was 10 years old. As was customary for my family we piled in the car one sunny August day and went on vacation. That year summer vacation was at the New York World’s Fair. We lived in Philadelphia which was about 90 miles away so it was an easy drive. I know we ran around to every exhibit and tried to see everything that could possibly be seen and experienced. My dad was a big time planner and I remember being beside myself with excitement and spending serious time with the World’s Fair map figuring out what to see. But what do I really remember?

Let’s start with the exhibits Disney created for the World’s Fair. There were four of them, the Illinois exhibit with Great Moments With Mr. Lincoln, the General Electric exhibit with the Carousel of Progress, The Ford Motors exhibit and It’s a Small World. I have good, distinct memories of the Ford exhibit. It was a dark ride through history and there were dinosaurs and cavemen which made a big impression on me since I was at the dinosaur fascination stage that so many kids go through. The dinosaurs wound up years later on the Disneyland Railroad and I immediately recognized them and was pleased to see them again the first time I went to Disneyland in the 1980s. A few years ago when I went to Epcot for the first time I was also struck by how much the spirit and style of Spaceship Earth felt like the Ford ride.

I also have pretty good memories of the General Electric exhibit and the Carousel of Progress. However I find that my mind has mixed Mr. Lincoln into it. I don’t remember the Illinois exhibit at all but I do sort of remember Mr. Lincoln being on that revolving stage and presenting his animatronic performance there even though I know it wasn’t so. For It’s A Small World I remember standing in a long line in front of a large glassed in area where there were little boats surrounded by Coca Cola bottles and logos and that’s about it. But as I found out after doing some research the exhibit was sponsored by Pepsi.

I have some other memories too. I distinctly remember the General Motors and Bell Telephone rides. I remember standing in a very long line in the darkened hall of the Vatican pavilion and seeing MichaelangIelo’s Pieta. I also remember the USSR exhibit and being fascinated by all the space capsules, rockets, space suits and other paraphernalia. But after doing some research I found that the USSR had boycotted the New York World’s Fair. My memory came from the USSR exhibit at Expo 67 in Montreal which the family visited a few years later.

So I’ve found that the memories of my 10 year old self from over 50 years ago aren’t very reliable. But are the “real” memories of my New York World’s Fair trip stored in my brain like a book waiting to be taken down from the shelf if only I could find the key to that locked library? Or is it more the way we process sensory inputs from nerves running to all those brain cells firing and secreting chemicals and fixing memories that are often imperfect and never the same as someone else’s memories of the same events? At this point memory is a pretty inexact science but I tend to think it’s more of the latter and what I remember from 50 years ago is probably all I’ve got left. I find that having those imperfect memories of the New York World’s Fair but still knowing I was there adds to my enjoyment of Disneyland Resort and Disney World today. The first time I went to Epcot and experienced the international pavilions reminded me of the World’s Fair. The flavor of it was familiar and the old, however imperfectly remembered experiences added immensely to the enjoyment I felt. It was only later that I learned that one of the organizing principles of Epcot was to be a sort of permanent World’s Fair although I picked up on that idea right away. Running into old friends like the dinosaurs on the Disneyland Railroad or Mr. Lincoln adds to the fun of Disneyland.

I’ll keep on thinking about my New York World’s Fair experiences and perhaps I’ll run into some more old friends on my future travels to Disneyland.