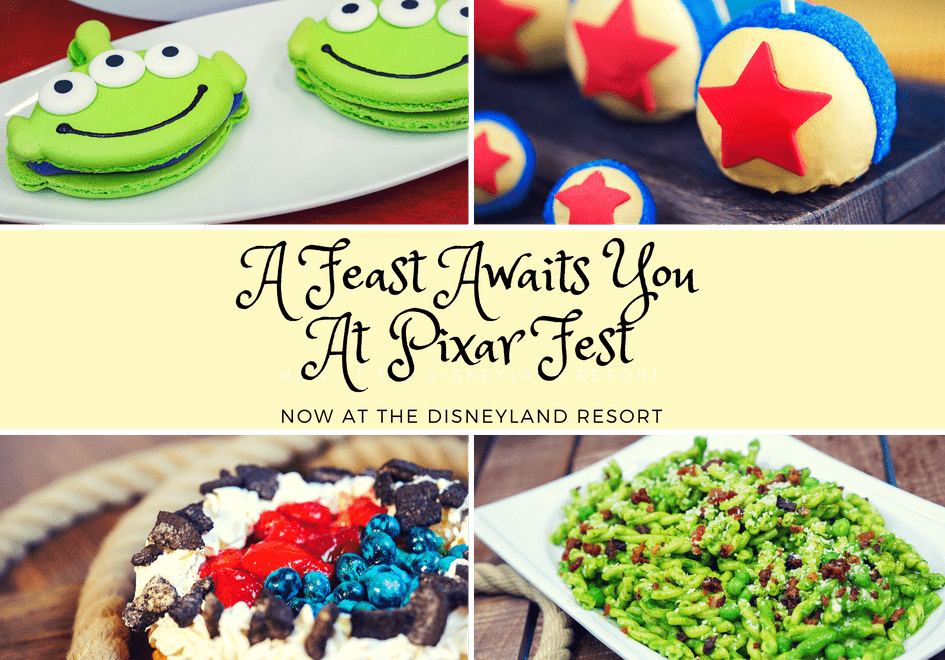 With these UPlifting Pixar themed food creations, you’ll be filled with Joy, and guaranteed never to be hungry while you and your family take in all that there is to see and do at the all-new Pixar Fest now at the Disneyland Resort. The first-ever Pixar Fest offers fun and delicious eats and treats with a Pixar theme, as the celebration of friendship and beyond comes to the Disneyland Resort for a limited time, April 13-Sept. 3, 2018. During Pixar Fest, guests will discover creatively themed food and beverage offerings around every corner, inspired by the Pixar stories and characters that guests have come to know and love. The Pixar Fest Celebration Cake is expected to be a guest favorite. Also for Pixar Fest, the popular Redd Rockett’s Pizza Port transforms into Alien Pizza Planet, inspired by the loveable green Space Aliens from the family restaurant frequented by Andy (and his toys) in “Toy Story.” The Space Aliens are invading this popular dining spot to deliver fresh, hot pizzas and other items that are out of this world, including the new cheeseburger pizza. All around the resort, guests will find special menu items inspired by the beloved characters and stories in Pixar films, ideal for sharing with a friend. Some of the creative Pixar Fest food and beverage items are listed below, and more details can be found at Disneyland.com. Guests may look forward to even more Pixar-inspired food and beverage items, at both parks and the three hotels of the Disneyland Resort, just in time for the opening of Pixar Pier, June 23, 2018.