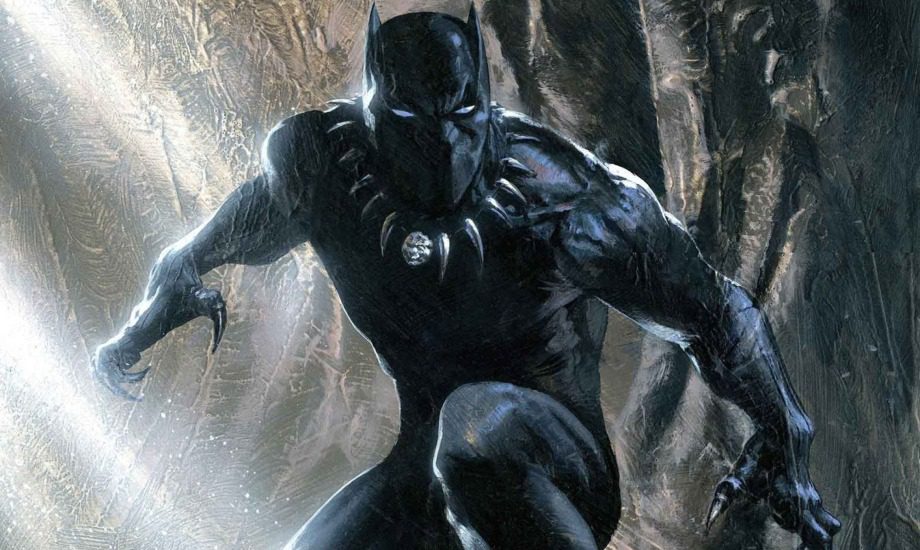 Simply put, Marvel’s Black Panther has just taken what you’ve come to know, love and expect in a superhero movie and catapulted into a new genre all onto itself. From the very first moment, you can feel yourself drawn into an experience nothing like ever before imagined and know that you are in for the ride of a lifetime. This is a film that will distinguish itself from all others. From it’s magnificent artistic directions, to a unique and musical score that not only tells the story all on its own but will stay within your soul long after you’ve left the movie theater, to its intrigue and empowerment but most importantly, to its exquisite storytelling, this is the must-see movie of the year and one you will want to see over and over and over again.  Black Panther is Marvel done in a fresh and unique way. It’s all the of the action, suspense and one-liners that have always set the Marvel Cinematic Universe head and shoulders above the rest, but it is in the wondrous weaving of the story that has needed telling for far to long, and the way they have done it, that will leave you thinking, wondering and most importantly, rejoicing.   If you’re looking for spoilers, you won’t find them here and you’ll be thanking me for that later because this is a movie every family needs to experience together for themselves but here are some fun-facts to help you appreciate this artful masterpiece even more: • Marvel’s  Black  Panther character made his debut in the comic book world in “Fantastic Four Vol. 1” Issue 52, published in 1966.

• An important part of the Black Panther lore incorporated into the film is the Dora Milaje,  the cadre of strong fierce women who serve as the personal security force to the King and royal family.    These  tall,  statuesque,  bald-headed warrior  women,  who move as one,  command attention wherever they go

• Led  by  Danai  Gurira’s  character,  Okoye,  the Dora  Milaje  security  force features an international contingent of women from all over the world, including Florence Kasumba  who  returns  to  play  Ayo,  a  character  that  first  appeared  in  Marvel Studios’ “Captain America: Civil War.” The Dora Milaje were cast from a pool of actresses, stuntwomen, and Broadway dancers so that each individual Dora could have specialized skills that they brought to the table. • It was decided early on that Xhosa, one of the official languages of South Africa, would be the language of Wakanda. A precedent had been set in Marvel Studios’ “Captain  America: Civil  War,”when celebrated South African actor John  Kani, who portrayed King  T’Chaka, used his native accent.  Chadwick Boseman, who plays T’Challa/Black Panther, picked it up from him as well.

• The cast and stunt team practiced with African drums played by musician Jabari Exum  so  that  their  movements  would  have  a  musical  quality  found  in  many African-based martial arts.

• Actor  Daniel  Kaluuya learned how to  ride  a  horse  as  practice  to  simulate  riding  W’Kabi’s armored rhino in the film.

• Young  Zuri  is  played  by  Denzel  Whitaker. While  he  shares  the  same  last  name  with  Forest  Whitaker,  who  plays the  older  Zuri,  they  are  not  related.  However, they did play father and son in Denzel Washington’s “The Great Debaters.”

• The cast did the  bulk of  the fight  work that  will  be  seen  on  film. Chadwick Boseman,  whose skill set includes a comprehensive martial arts background, knew what he was in for when he and all the other actors had to attend a “boot camp” to prepare them for the physical aspects of their roles. • Michael  B.  Jordan, who plays Erik  Killmonger,  spent about two and a half hours in the special effects makeup chair every day, while makeup designer  Joel Harlow and three other makeup artists applied close to  90 individually sculpted silicone molds to his upper body. This “scarification”  application  process entails transferring  each  mold  and  then blending and painting  them to  match  Jordan’s skin tone. Each  of  Killmonger’s scars represents a “notch” of  his  kills  over  the years.

•The   majority   of   the   Wakanda sets were constructed on sound stages at Pinewood Studios in Atlanta, including the Tribal Council; the  Wakandan  Design Group, Shuri’s hive of research and development of the vibranium rich country; the  ancient  subterranean  Hall  of  Kings and most  notably  Warrior  Falls, the ceremonial heart of Wakanda’s revered traditions.

• The entire cliff wall of the Warrior Falls, including the CG and practically built set, is 100 feet high.

• The bottom of the Warrior Falls’ Challenge Pool was padded for the stunt team but still looked like rock. The production crew also had to formulate a surface that was rough enough to not be too slippery in bare feet, but not so rough that it hurt to land on it. • On  the  Warrior  Falls  set, the  stunt  team  had  to  rig all  of  the  cliff  faces with mountain climbing gear to safely secure all of the extras on the cliff faces.

• The production team engineered a fully functional flowing waterfall and pool at the ledge of the cliff with six large submersible pumps feeding over 125,000 gallons of temperature – controlled water piping up through the set at a rate of 30,000 gallons per minute before recirculating through the system.

• The high-speed car action for the Casino sequence was filmed on location in the bustling  coastal  city of  Busan, South  Korea. For almost two weeks,“Black Panther’s”action unit descended upon the coastal city nestled against the foothills of Geumjeong Mountain to film the thrilling, mind-blowing chase sequence through such iconic sites as  Gwangalli Beach and the Haeundae District. • Director Ryan Coogler wanted the South Korea action sequence to be seamless, so he had an  editor on set  cutting  footage  in  real  time. This is not often done during production, but Coogler felt it was the best way to capture all the action, stunts and special effects in frame on time.

Marvel’s Black Panther follows T’Challa who, after the death of his father, the King of Wakanda, returns home to the isolated, technologically advanced African nation to succeed to the throne and take his rightful place as king. But when a powerful old enemy reappears, T’Challa’s mettle as king—and Black Panther—is tested when he is drawn into a formidable conflict that puts the fate of Wakanda and the entire world at risk. Faced with treachery and danger, the young king must rally his allies and release the full power of Black Panther to defeat his foes and secure the safety of his people and their way of life.“Black Panther” stars Chadwick Boseman, Michael B. Jordan, Lupita Nyong’o, Danai Gurira, Martin Freeman, Daniel Kaluuya, Letitia Wright, Winston Duke, with Angela Bassett, with Forest Whitaker, and
Andy Serkis. The film is directed by Ryan Coogler and produced by Kevin Feige with Louis D’Esposito, Victoria Alonso, Nate Moore, Jeffrey Chernov and Stan Lee serving as executive producers. This weekend grab the family and experience the majesty of #WakandaForever