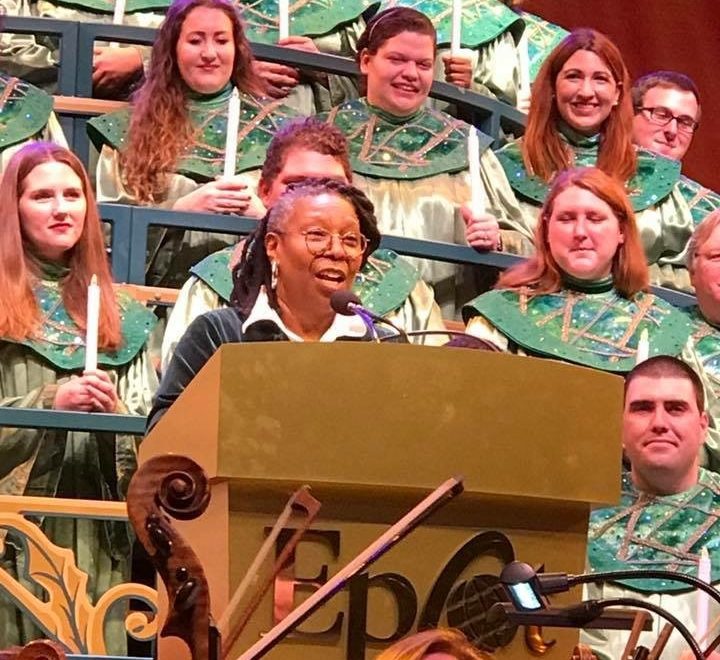 Sometime in everyone’s life, seeing  the Candlelight Processional at either Epcot at the Walt Disney World Resort or at Disneyland on Main Street is a must for every Disney lover and there is no better reason than to book your trip now because today it was announced that Disney Legend Kurt Russell, who has starred in Disney films from the 1960s to 2017’s “Guardians of the Galaxy 2” will read the Christmas story this year – as well as gold- and silver-medal-winning gymnast Laurie Hernandez. Two veterans of the event – actress/comedienne Ana Gasteyer and Jodi Benson, voice of Ariel in Disney’s “The Little Mermaid,” – complete this year’s list. This year, an exciting line-up of celebrities—including a few new faces and voices—are set to lend their talents, including:

Please note: celebrity narrators, dates and other entertainment are subject to change without notice. Epcot admission is required.

The Candlelight Processional presents the traditional story of Christmas in truly spectacular fashion – with a celebrity narrator, a 50-piece orchestra and a massed choir. The processional is performed three times per night (5:00, 6:45 and 8:15 p.m.) during the holiday season at the America Gardens Theatre. These packages, available on select nights, include a delicious meal and a guaranteed seat for one of the Candlelight Processional performances. Availability is limited. Epcot provides an extravaganza of holiday entertainment, merchandise, food, beverages and festivities where guests can celebrate at Epcot throughout the holiday season. Time-honored traditions come alive through the sights and sounds of the countries of World Showcase, and live performances enliven the park throughout the day.

*Narrators and entertainment are subject to change without notice. Epcot admission is required and not included in the dining package price.