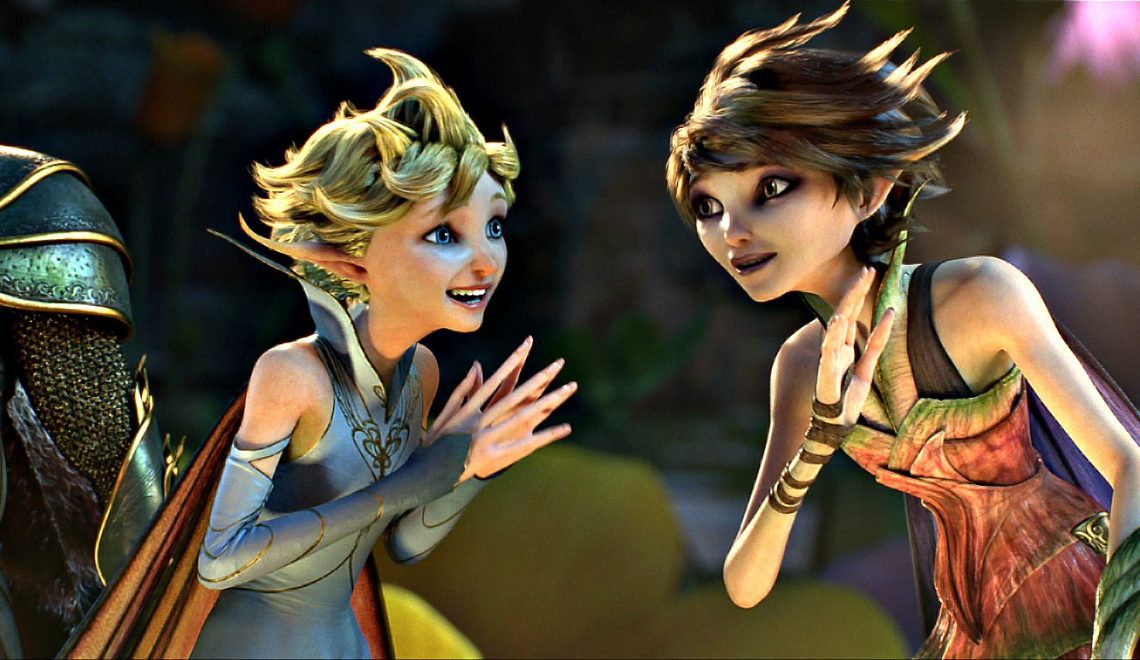 Last week I was lucky enough to travel to Skywalker Ranch in Northern California where I had the opportunity to sit down and  interview  Gary Rydstrom, director of George Lucas’ newest film “Strange Magic” .

“The whole movie is about seeing something in a new way — looking past the obvious.” – Director Gary Rydstrom on Strange Magic

The name may not immediately ring a bell (pun intended) right off the top of your head when hearing about the latest film from the mind of George Lucas, Strange Magic, which opened in theaters everywhere this past weekend, but I absolutely guarantee that you’ve heard of Gary Rydstrom – quite literally. Rydstrom, you see, just happens to be a seven, yes seven time Academy Award® winner for sound and sound editing including such notable films as Terminator 2, Jurassic Park, A River Runs Through It, Toy Story, Quiz Show, Titanic, Saving Private Ryan, Star Wars: Episode I – The Phantom Menace, Punch-Drunk Love, Finding Nemo and War Horse just to name a few. Add to that taking the director’s chair where he directed two shorts, the Oscar® nominated Lifted and Toy Story Toons: Hawaiian Vacation, and it’s easy to see why George Lucas himself hand-picked Rydstrom to direct Strange Magic. The animated fantasy musical, that arrived in theaters January 23rd, follows goblins, elves and imps through their misadventures sparked by the battle over a powerful love potion, proving that not only does everyone deserved to be love, but that love can be found in the strangest of places when you’re least expecting it. Several weeks ago, I had the rare opportunity to sit down and talk to both George Lucas and Gary Rydstrom when I visited Skywalker Ranch, in Marin County, California.

“At the point I came on, George was retiring, selling the company, doing all that big stuff, so he had to pull away from it and leave it in our hands. He had the story and characters in place, so our job was to make a reality of a film that did what he said he wanted it to do. But his input was imperative—so that’s why it was so important early on to get as much input downloaded from him as possible.”

So just how did Rydstrom, who was working at Pixar at the time, come to find himself involved with George Lucas and Strange Magic? “I was at Pixar and I had just come back to Skywalker Sound, not to do this movie, but to work on War Horse and the opportunity to actually direct this film came up. And like every other opportunity in my career, I just couldn’t say no! So of course I jumped on it.”

Part of the beauty of Strange Magic, aside from the animation and storytelling, is the brilliant use of music from the last six decades to tell the story.

“I joked with Marius [de Vries, musical director and composer] when I took on the film that it felt like revenge from the universe, because as a sound effects guy, I would always fight with the composers. In mixes you’re always trying to get your stuff heard. Music and sound effects were always considered enemies in a lot of the mixes. I love my composer friends, but truth be told, it was always a struggle. So it was almost a weird karmic thing that the first full length feature that I got to direct was an out and out musical, not just a little musical but a full fledged Musical.”

Rydstrom went on to share, “But as it turns out, I loved doing a musical. Just the energy of it… When the music is great, and this music is really great, then you get even more energy. So much of movie making is getting a drive to a film, but with musicals, they’re fun. Plus working with actors I like, and actors that can really, really sing…then I’m not directing or working. I’m just enjoying a concert that I’m paid to attend.”

So just how difficult was it for this sound effects master to “let go” of the sound design aspects of the movie?

“The producer will tell you that I gave lots and lots of input, the mix might have gone on a little longer than it could have. It’s funny that in my directing career, directing shorts at Pixar Animation Studios the hardest thing for me to do is the mix, it’s weird, you’d think it’d be the easiest thing but it is hard, you’re right.

To not be able to physically do what you know you can do is difficult at best but in this case I worked with Tom Johnson who is the lead mixer as well as the re-recording mixer on this movie. He and I went to USC Cinema School together and he mixed my first movie when I made, a sixteen-millimeter film at USC and that was like ninety-five years ago. The fact that Tom was able to mix this, it just kind of makes me teary even thinking about it. So if you can, lean on someone that you love and trust, then it’s not so bad. But I still think the mix might have taken a little longer than this.”

So with so much of the film told through the use of song, was there one musical moment that stood out for Rydstrom over the course of the film?

“ I’ll give two answers. First, the actual song “ Strange Magic” is my favorite musical moment in the movie because it kind of sums up the movie. It’s a beautiful song, originally performed by ELO and when Evan Rachel Wood and Al Cumming come together on this incredible arrangement of it, it is simply beautiful. It says in one song what the movie’s message is all about. It also is one of my favorite looking sequences in the movie. But for the moment, the song that makes me cry every time, every time, is when Elijah sings “Three Little Birds” to Dawn, so charmingly voiced by Meredith (Bull) at the end. No matter how many times I see or hear it done, I can’t escape it without shedding a tear or two. To have a movie that you know so well and then still be moved by things, but really it’s Elijah’s performance of that moment when he sings it to her, it’s just hearing the emotion in his voice breaking. On top of that add in the magic of animation which still astounds me, because I’m relatively new to it. To be able to bring such emotion and vulnerability to the scene, when neither one was in the room working together with one another when it was recorded, now that’s magic.”

So what’s next up for Gary Rydstrom on his film future? Could there be more directing opportunities up ahead?

“I’ll be busy for the next few years on Star Wars related projects.

I don’t need to direct just for the sake of it but I want to make movies. So for the right idea, the right project, yes, I could see myself taking the directing reigns again. I also don’t think that what I do has to be animated. Animation is great and I love it but there’s so many ways to make movies, from a technical standpoint, that are animation-like or hybrids and digital and virtual and Lucasfilm is on the forefront of a lot of that thinking. I don’t know what that future project might be but if it’s animation, I’d love it.”

I think it’s safe to say, that whether directing or behind the sound design, Gary Rydstrom is a name we’ll be hearing from for many years to come. Make sure you go see, or see again Strange Magic, now playing in theaters everywhere. After all, doesn’t everyone deserved to be loved?

Keep up on all the latest from Strange Magic