Inside The Minds of Pete Docter and Jonas Rivera #InsideOutEvent 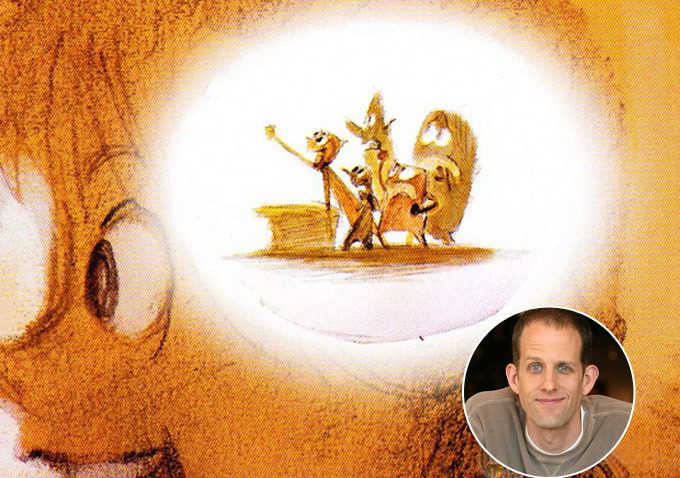 Next week, I’m off to Los Angeles for the fairy tale ending to an adventure that started for me last January when I visited Pixar Animation Studios in Emeryville, California to interview Pete Docter and Jonas Rivera, the creative minds behind Disney•Pixar’s Inside Out. Before I head to the #InsideOutEvent with 24 other incredible bloggers from across the country, here’s a look back at what went on to bring this animated family adventure to life.  And don’t forget to follow along beginning June 7 as we bring you with us live from the Red Carpet at the El Capitan Theatre in the heart of Hollywood for the #InsideOutEvent for the premiere of #InsideOut. So just what goes on inside the minds of a creative team that make the transition from the greatest love story ever told, Pixar’s award winning movie Up, to the journey inside the mind of 11-year-old Riley? Last January I traveled to Pixar Animation Studios in Emeryville, California for a special sneak peek at this sure to be blockbuster from the studio that not only gave us Up, but such classics as Toy Story, Finding Nemo, The Incredibles and Monster’s Inc. to sit down and talk to director Pete Docter and producer Jonas Rivera who have taken on the monumental task of going from the adventurous, famously tear-jerking tale of an old man, a house and a lot of balloons in Up to switching the age focus the other way, chronicling the world of an 11-year-old girl named Riley who, by the way, did I mention, is not the main character- she’s the setting of the movie. Docter started the ball rolling by sharing “We both have kids. My daughter was the voice of young Ellie in Up  She was nine when we recorded that and was actually a lot like that character. She would walk up to strangers and go, “Hello,” talk to people, and was spunky and bubbly. Then she turned 11 and 12 and things changed a little bit-she got quiet. We talked to her teachers who’d say, “Ellie’s a quiet girl.” And we’d ask, “Who are you talking about?” Sometimes you go through a very difficult time in life from both from the kid’s point of view, and the parent’s point of view. Rivera shared that the film’s greatest challenge was its multilayered narrative. Docter expanded by explaining “It’s two stories at the same time, and they have to relate to each other,”

So just how difficult was it to bring to life a story that personified the emotions of a tween, especially coming off of the success of Up?

Like all the films we do, it’s built on many iterations of the same thing. It was a concept that was pitched to John Lasseter in June of 2009 and then other projects such as Monsters University came along so it had been tumbling around in the background for a little while. The way we tend to work here is that we’ve been asked to pitch three ideas, and that way we can kind of play around and use them to play off of one another. We knew it was a little unorthodox, but here there are no rules.

Both Docter and Rivera had worked at Pixar since Toy Story changed animation in 1995, and they wanted their new film to push the genre’s limits again without alienating audiences. The puzzler was, how could we take audiences somewhere that they could relate to, but they’d never been before?

They responded with Inside Out’s animation as well as its story.

The emotions are not rendered as solid—they are composed of tiny particles of light. We wanted them to look like emotions feel, Their unusual texture presented us the opportunity to reject the realism previous Pixar animations had pursued.

Even from the small portions of the film we were treated to, it was clear that the results of their collaboration will take you on a journey in animation unlike any other and will touch something inside of you no matter what your age. Like asking you which one of your children is your favorite child, it’s hard to say which Pixar movie is your favorite. Each one of them strikes a chord with you and pulls on your heartstrings in their own unique way. They all make you laugh, they all make you cry and they all touch your soul and stay with you long after the lights come back on, but from what I’ve seen of Inside Out, and hearing first hand how the idea became a reality, I may just have a new favorite-by a little bit at least. Find out all of the latest from inside Riley’s mind!