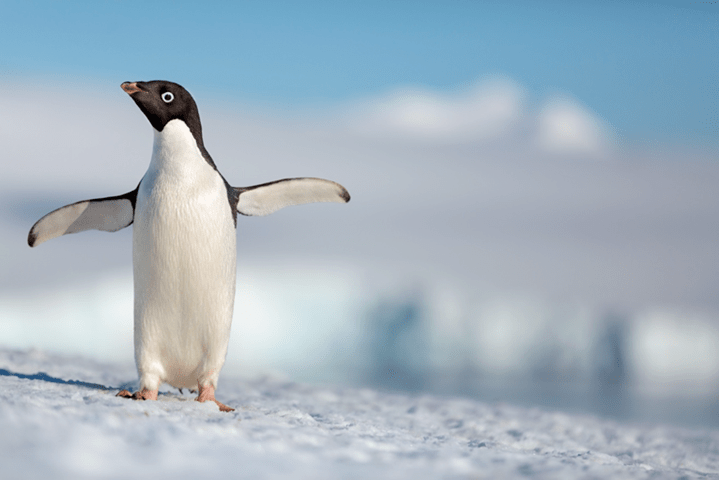 There are many things that I love but at the top of the list are Penguins and Disneynature films and now the two have come together in a perfect universe and next Earth Day, I will be glued to the screen as Disneynature’s Penguins makes its debut and no one is more excited for this than I am! Disneynature’s all-new feature film Penguins is a coming-of-age story about an Adélie penguin named Steve who joins millions of fellow males in the icy Antarctic spring on a quest to build a suitable nest, find a life partner and start a family.  None of it comes easily for him, especially considering he’s targeted by everything from killer whales to leopard seals, who unapologetically threaten his happily ever after. From the time I was little I wanted a pet penguin, and when I first became a teacher, I would put out the challenge to help motivate them to learn to write letters and do research that if they could find a way to bring in an animal specialist to come to the classroom with a penguin to do a presentation, that I would take them to a baseball or football game. Not only did my students rise up to the challenge, they exceeded it by convincing a local theme and animal park that this was Mrs. Turner’s all-time dream to feed and pet a penguin and the company sent tickets for the entire class, their parents and took us on an exclusive behind the scenes look at what it was like to be an animal trainer and work with penguins.  Over the years, penguins have been my go-to winter thematic unit and I’ve learned more than a few things along the way.  Here are some fun facts all about penguins that you may or may not know: From the filmmaking team behind Bears and Chimpanzee, Disneynature’s Penguins opens in theaters nationwide in time for Earth Day 2019.

Get Social and Stay Up On All Of The Latest From Disneynature and Disneynature’s Penguins:

PENGUINS opens in theatres everywhere in time for Earth Day 2019!