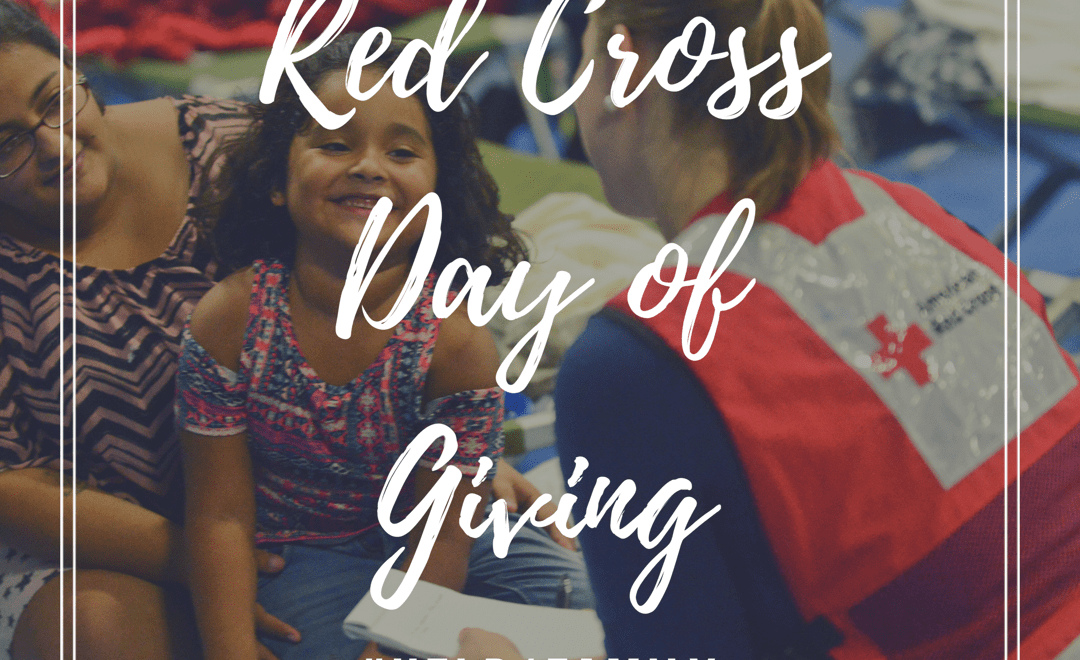 This is a sponsored post written by me on behalf of American Red Cross for IZEA. All opinions are 100% mine.

Who knew that such a small and easy task would turn out to be such a life-changing gesture? I had always donated to the Red Cross over the years. From relatives that were hit hard from the devastation of the hurricanes to floods through the years here, I knew that the best way to help was to allow the Red Cross to do their jobs but never would that hit closer to home than it did last October. If you lived in Sonoma County on October 8, 2017, that was the day where time stood still and the world and life around you forever changed. It was a time where suddenly everything seemed to happen in slow motion and would be replayed in your mind over and over and over again during the days, weeks and months to come and you knew nothing would ever be the same again because October 8, 2017, would be the beginning of the end for 8500 homeowners as we all stood helplessly by as our community as we knew it burned to the ground. Within hours we went from a calm, peaceful night like so many other crisp fall nights to being surrounded by an inferno all around, many barely escpaing with only the pajamas on their backs and nothing else and as the shock and horror set in, and we wandered around in a daze, as if living a nightmare that we couldn’t wake up from, but just as quickly as the fires spread, the Red Cross was there even faster, quickly mobilized and awaiting us with open arms, showing us once again that in times of emergencies and diasters, the Red Cross was there. The faces that greeted us were warm, welcoming and ready to see us through and it was the compassion that we were met with, even though many of the volunteers had also lost their homes, that will stay within my heart for years to come. There are so many moments that will remain forever etched in my mind but the one that stands out the most was after hearing that my mother’s home was in jeopardy and knowing that she had to evacuate trying to reach her as the hundreds of others were also trying to reach safety. When we were finally able to reach her home, we discovered that she has escaped with a neighbor and then we slowly went from shelter to shelter looking for my mom. I will never forget the moment that we walked into the fairgrounds here, first being struck by the sight of 100s of displacedplaced families and in the midst of it all, there was my mother, sitting on her cot, looking lost, but surrounded by volunteers who, sensing her despair, made sure during those most important hours, that she was never once left alone. But then, that’s what the Red Cross is all about-they give from the heart with open arms to any and all in need. Did you know that nearly every eight minutes, the American Red Cross meets a family that has lost everything to a home fire or other disaster—the roof over their heads, their clothes, their most cherished possessions.

Imagine the daunting task that was faced by the Red Cross here during the Tubbs fires with 8500 families being displaced with nowhere to go. It is during the most trying of times that you see the best in humanity come to light and a community come together as one and it’s so easy for you to help during those first devastating hours. On March 28, unite with thousands of people like you on American Red Cross Giving Day to make a difference. If we each #help1family, think of what we could do. Visit Red Cross Giving Day to learn more.  Your gift of $88.50 can provide a family with a day’s worth of food, plus blankets and other essentials. Now you can make an impact by helping 1 family because, at the end of the day, none of us knows what tomorrow holds but thanks to the Red Cross, one thing is certain, that none of us will ever have to face the challenges and obstacles put in our path alone.  The best part is the Red Cross starts and is made of people in your own community so it is truly neighbor helping neighbor. The international Red Cross and Red Crescent network is the largest humanitarian network in the world with a presence and activities in almost every country. DId you know that all Red Cross and Red Crescent activities have one central purpose: to help those who suffer, without discrimination, whether during conflict, in response to natural or man-made disasters, or due to conditions of chronic poverty. These organizations are the individual societies of nearly every independent country in the world, chartered by their respective governments. Together, the National Societies assist some 284 million people each year by:

And on the night of October 8, it was because of the Red Cross, the community that was surrounded by the horror and devastation from 40 separate fires, had a safe place to go, had their basic needs met, had a safe place to sleep and eat, but most importantly, knew that there were people waiting with open arms to see us through-and even months later, are still aiding in the rebuilding and the reawakening of our town.