Happy Birthday Mommy or as we know her Disney Gal Gayle! 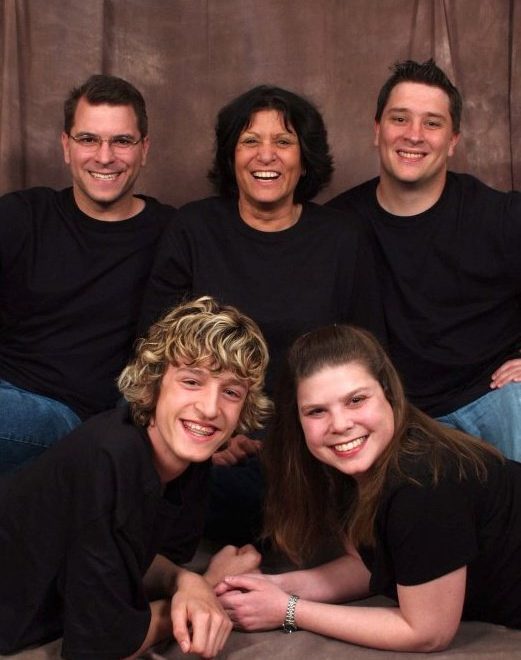 58 years ago one of the most magical things happened…. Disneyland was born oh yeah and so was our mommy.  So mom it is time for you to pull out those box of tissues because this is your birthday blog- and by the way I had come up with this way before you said anything about it and I would like to send a huge Disney Hug to Disney Gal Judy for helping us make this possible.

Mom you are my hero and my inspiration.  You have taught me that anything I want to do and believe that I can do that there is nothing that will stand in my way from making that happen.  I am free to be myself even if it means I am a NASCAR fan, A’s fan and Raider’s fan and you will still love me just the same.  You may look at me weird and wonder whose child I am but I am your first born, your baby, your only daughter, and your favorite (not Kevin or Jason or Zack or Thumper) sorry boys the truth has now come out.   So now for a Disney memory because this would not be a Disney blog without a Disney memory.  I guess to me you and Disneyland always have gone hand in hand.  Not for a specific memory but because I for as long as I can remember when people would ask me how old you are I would proudly say “my mom was born when Disneyland was born how cool is that.”   I am sorry to put you though the torture of thinking I was going to drown in small world, or soaking your pant leg because I was so upset and freaked out by the haunted house and it being dark but hey that’s what kids are for to make your trip to Disneyland memorable.  You always have made my trips to Disneyland memorable. You made sure that since my 13th birthday was not the best since I was sick that my 14th birthday was the best by taking me and two of my friends to Disneyland.  Then when I graduated high school you made sure once again that my friends and I could celebrate in style by staying at the Disneyland hotel.  And even though our last trip to Disney included me sleeping in a sleeping bag and not even a nice sleeping bag (yeah Disney needs to work on that lol )  you made sure no matter what that I got my Mickey mouse pancakes and I love you for that.  So while I can go on and on for days there are just a few more people who would like to talk and I guess that means I should shut my mouth and you know for me that is hard after all I take after my mom J
So now all the way from LA…… here’s Kevin

There isn’t one specific Disney memory that stands out for me but rather a constant onslaught that is slowly but surely assimilating me into the Disney culture. Growing up we would make the trip from northern California to Disneyland at least once a year. But after I moved to southern California, despite never living more than 15-20min from the Disneyland resort, I never made a trip there on my own (my wife and I would only go if we were taking relatives from out of town.) After my daughter was born my mom couldn’t wait to take her to Disneyland and before we knew it, we had a little Disney diva on our hands. When Moya got too old to be snuck in as under 3, my mom helped pay to get her an annual pass. A couple of years later when my son got too big, we all got annual passes. Now we have a large collection of Disney DVD’s, the kids often dress as Disney characters for Halloween, and if we have nothing else going on during the weekends, we go to Disneyland (and sometimes during the week.) I guess resistance is futile.

Take it away Rachel…….

Gayle has always been so nice to take the kids to Disneyland. Whenever she comes down for a visit the first thing she asks is when she can have the kids to take them to Disneyland. But what sticks out most was the first time she took my daughter to the Disneyland resort. I was in the hospital giving birth to our son and Kevin was there with me. One of our friends was going to watch Moya but bailed at the last minute. Gayle flew down on very short notice to take care of Moya while we were at the hospital. During her trip she took Moya to downtown Disney and bought her a large Mickey stuffed animal to help her through what must have been a very scary time for a 1 1/2 yr old. 5yrs later she still often sleeps with that Mickey.
Now back up to northern California here is the child who thought he was the favorite until I just set him straight….. Your turn Jason

I have been to Disney world, on a Disney cruise and Disneyland more times than I can count with my mom through the years.  My fondest Disney memory involving me and my mom though is only sort of a Disney trip.  Back when I was in elementary school I was part of the young astronaut program that my mom ran after school.  We did multiple sciences and space related projects and had many field trips including to NASA @ Moffet field.  Finally she decided it would be a good idea to take a group of us back to Florida to go to some science related places, including EPCOT.   During spring break of my seventh grade year it was time for the trip.  The first two days were spent at the most boring museum ever in Tampa.  After that it was off to Orlando and EPCOT, and downtown Disney.  Although we only got to spend one day at EPCOT it was the most memorable part of the trip.  Getting to go on all of the different rides and see the different attractions.  Of course no Disney trip with my mom would be complete without waiting for hours to see Fantasmic.  The next day it was off to SeaWorld which was also boring probably because we had marine world nearby and had seen everything SeaWorld had.  So we decided to get in cabs and leave and go back to the hotel.  We went back to downtown Disney that night so we wanted to get some swimming in.  Apparently when you are with an organized tour and one whole group chaperones included leave on their own it is frowned upon by the tour company, which leads to my lasting memory of the trip.  The tour leader based in Orlando had a Mickey glove on a stick that she would hold up to keep everybody quiet and direct us.  Maybe it was because none of us liked her or we were overly tired, but we had a great time making fun of the Mickey hand.  It got so bad that we had to make sure to buy one before we left for home.  I also cannot think of Disneyworld, or see a pair of Mickey gloves and not think about that trip and the fun we had.

Time for memories from Nicki……
So first I should start off by saying that every time my kids see anything with Mickey on it they have to get it for Grandma Gayle.  It has been her profile picture on facebook for as long as they can remember and they think that Mickey belongs to her and her only.  Jason & I took a trip to Reno, our first trip away from both girls.  She took the kids everywhere, McDonalds, target, soccer pictures, and the park. The only thing the girls could talk about was the trip to the Disney store.  I don’t know how long they were in there and how they didn’t end up with the whole store in their bags, but they came home with the most adorable Halloween costumes. Alyssa ended up picking princess jasmine and Hailey picked out buzz lightyear!  They had the best costumes and had to tell everyone that Grandma Gayle bought them.  Going to the Disney store is one of their favorite things, and thanks to Grandma Gayle they are being raised on Disney

And finally a word or two or three from our favorite high school student soon to be a high school graduate, Zack

My favorite Disney memory is from my birthday trip to Walt Disneyworld. But there isn’t just one memory it was the whole trip. From stopping at every photo pass, to listening in on people conversations at the bus stops, to the race and after party( which you may not remember) or meeting your Disney gals. The whole trip was magical.

I want to wish you a very merry happy birthday and may all your dreams come true for if you believe it and wish hard enough anything is possible…and have a magical day.

Gayle is a Disney Gal that loves churros for breakfast, still gets giddy with delight at the first sight of the “Disneyland next exit sign”, loves the overwhelming emotions and memories that come with each and every return to the Happiest Place on Earth and dreams of one day being the Captain of the Jungle Boat. To learn more about Gayle, click here
Uncategorized
Share 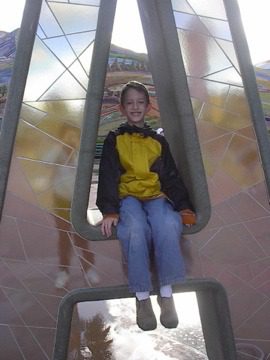 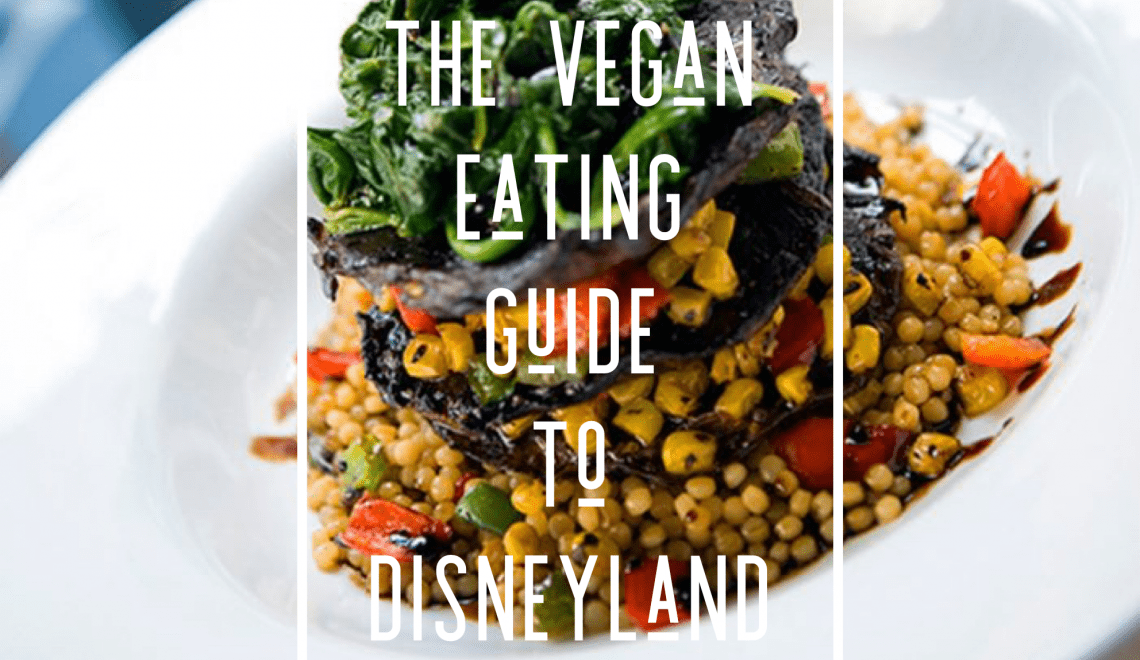