Get Your Captain Marvel Exclusive Steel Book And Movie 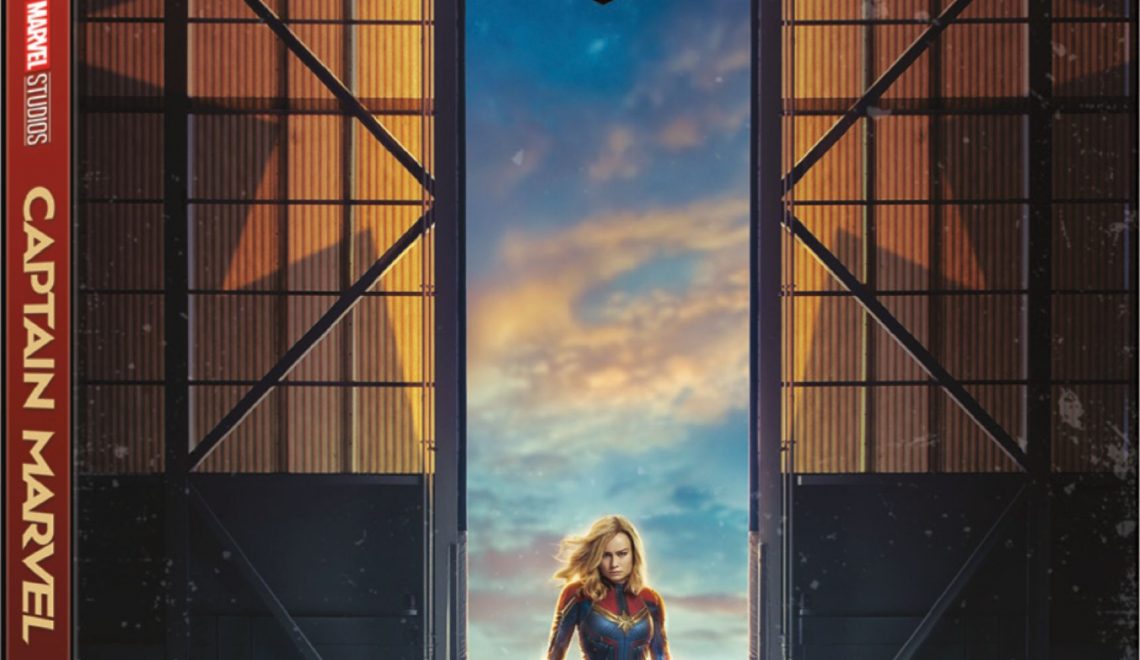 If your family is like ours you’ve been waiting for the moment to bring home the 21st movie in the Marvel Cinematic Universe home for your family and starting today now you can relive all of the wonder and amazement with your entire family when you bring home  Captain Marvel in an exclusive, collectible Steel Book and movie edition today, only available at your neighborhood Best Buy. 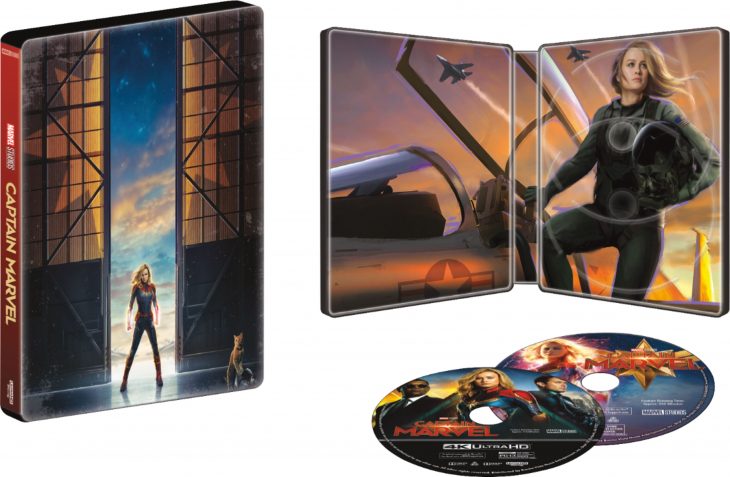 For our family, Captain Marvel was the movie that was the missing piece of the Marvel Universe. It showcased not just women empowered but what each and every person can do when put to the test. It is the perfect movie for the entire family and one that will spark those all important conversations in a natural way plus at the end of the day, is there anything better than a family movie night? With summer here, Captain Marvel is the perfect movie to kick off backyard movie viewing fun. Just add popcorn and lawn chairs and let the magic begin. 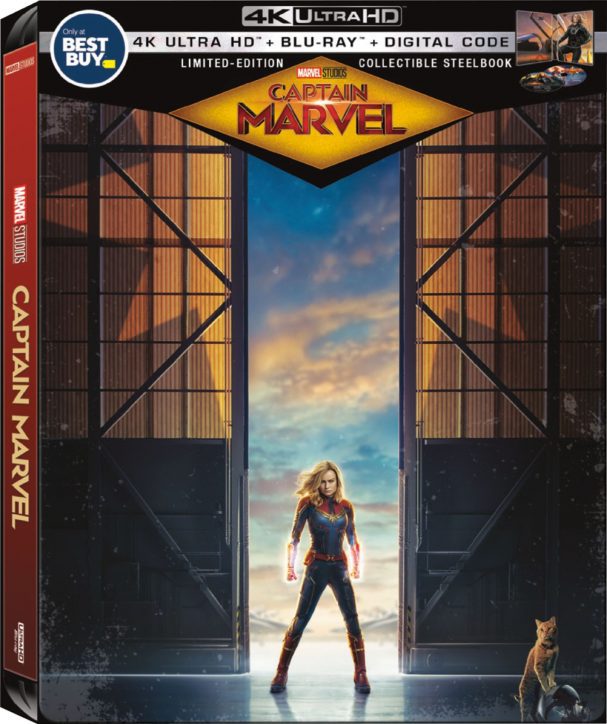 The best part is that when you pick up Captain Marvel at Best Buy, you are bringing home a true collectible because it comes packaged in an exclusive Steel Book and movie which is ONLY available at Best Buy. The Captain Marvel  digital and Blu-Ray edition contains  extensive line-up of extras detailing the development of this highly anticipated addition to the Marvel Cinematic Universe (MCU), Captain Marvel includes Featurettes that highlight the transformative journey of Brie Larson (Captain Marvel) and her character’s impact on audiences around the globe; the influence of Nick Fury (Samuel L. Jackson) on significant events within the MCU; the perfect pairing of directors Anna Boden & Ryan Fleck; the ongoing conflict between the Skrulls and the Kree; and the raw talent behind the fetching feline named Goose. You will also gain access to six deleted scenes, director commentary, a gag reel loaded with funnies, flubs, and Flerkens, and never-before-seen concept art and production photography.

Set in the 1990s, “Captain Marvel” is an all-new adventure from a previously unseen period in the history of the Marvel Cinematic Universe that introduces the MCU’s first stand-alone, female-franchise title character—Carol Danvers aka Captain Marvel.

When we first meet Danvers, she already possesses her superhero powers, having left her earthly life behind and become a member of an intergalactic elite Kree military team called Starforce, led by their enigmatic commander, Yon-Rogg.

But after Danvers has trained and worked with the Starforce team, and become a valued member­, she finds herself back on Earth with new questions about her past. While on Earth she quickly lands on the radar of Nick Fury, and they must work together against a formidable enemy in the form of the Skrulls—the notorious Marvel bad guys made even more dangerous by their shape-shifting abilities—and their leader, Talos, who is spearheading a Skrull invasion of Earth.

o   Journey into Visual Effects with Victoria Alonso – Experience how filmmakers’ visions of the MCU come to life on-screen through the skill of the Visual Effects team.

Get ready because there’s a new superhero in town. Head to Best Buy and  bring home all of the power and thrilling action of Captain Marvel today in a special collectible Steel Book exclusive and ONLY available at Best Buy and then gather the family, gather your friends and relive every moment of everyone’s favorite Avenger, Captain Marvel.

Disclosure: The reviewer has been compensated in the form of a Best Buy Gift Card and/or received the product/service at a reduced price or for free.
#Entertainment#MoviesAvengersBest BuyBest Buy BloggerBest Buy ExclusiveBlu-Ray Combo PackCaptain MarvelMarvelMarvel Cinematic UniversProduct Review
Share 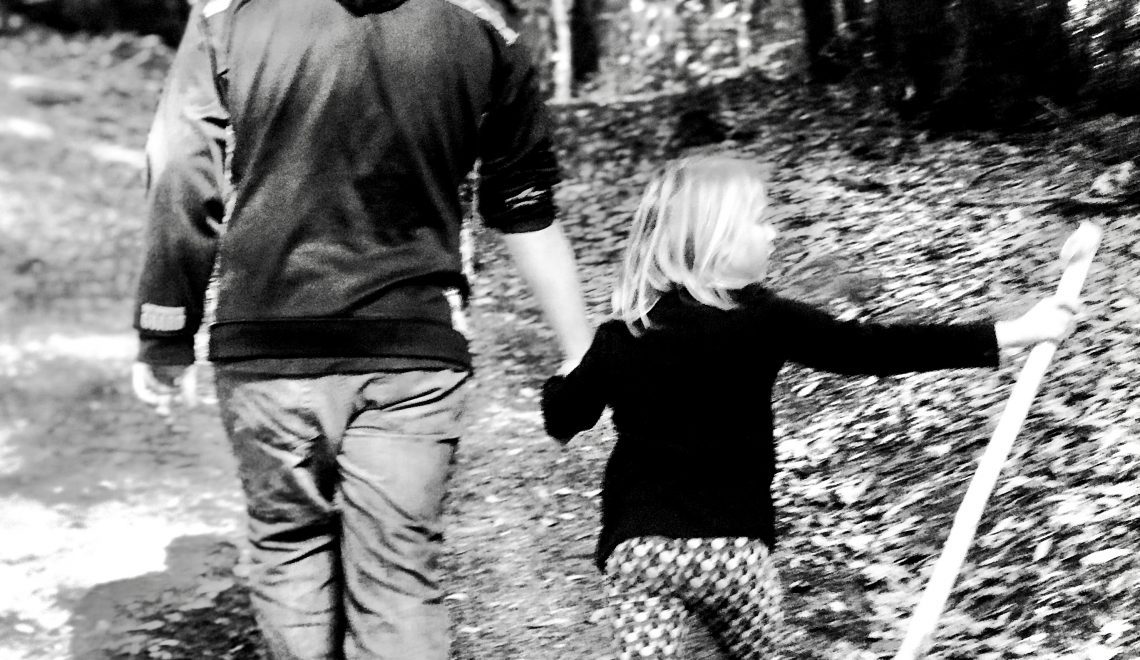