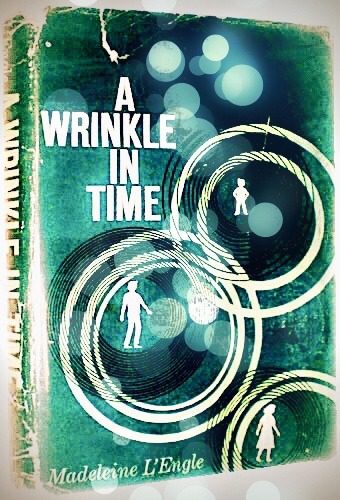 1963 was a difficult time in my life. I lost my beloved grandfather who I was closer to than any person in the world, we made the move from the small and safe little town that I had always known to “the big city” and well, let’s just say, things were not right in my small universe. But then something happened that would chance my life. My grandmother, sensing that I was lost, got me a book that would change my life-the book was “A Wrinkle In Time”. Within the pages of this book, I could escape my life and my reality as I would lose myself in the adventures of Meg who reminded me at times of myself and her journey not just to find her missing father, but more importantly, find herself. Over the years, this is the book I turned to over and over again when I need to escape into an alternate universe, and it was and still is the book I turn to for comfort and that reminds me that all things are possible and now on March 9, which just happens to be my birthday, Walt Disney Studios will bring my treasured story to life. From visionary director Ava DuVernay comes Disney’s “A Wrinkle in Time,” an epic adventure based on Madeleine L’Engle’s timeless classic which takes audiences across dimensions of time and space, examining the nature of darkness versus light and, ultimately, the triumph of love. Through one girl’s transformative journey led by three celestial guides, we discover that strength comes from embracing one’s individuality and that the best way to triumph over fear is to travel by one’s own light.
Meg Murry is a typical middle school student struggling with issues of self-worth who just wants to fit in. Travelling via a wrinkling of time and space known as tessering, they are transported to worlds beyond their imagination where they must confront a powerful evil force. To make it back home to Earth, Meg must face the darkness within herself in order to harness the strength necessary to defeat the darkness rapidly enveloping the Universe. A WRINKLE IN TIME opens in theatres everywhere on March 19, 2018!