Galaxy’s Edge Opening Dates Announced! EVERYTHING You Need To Know 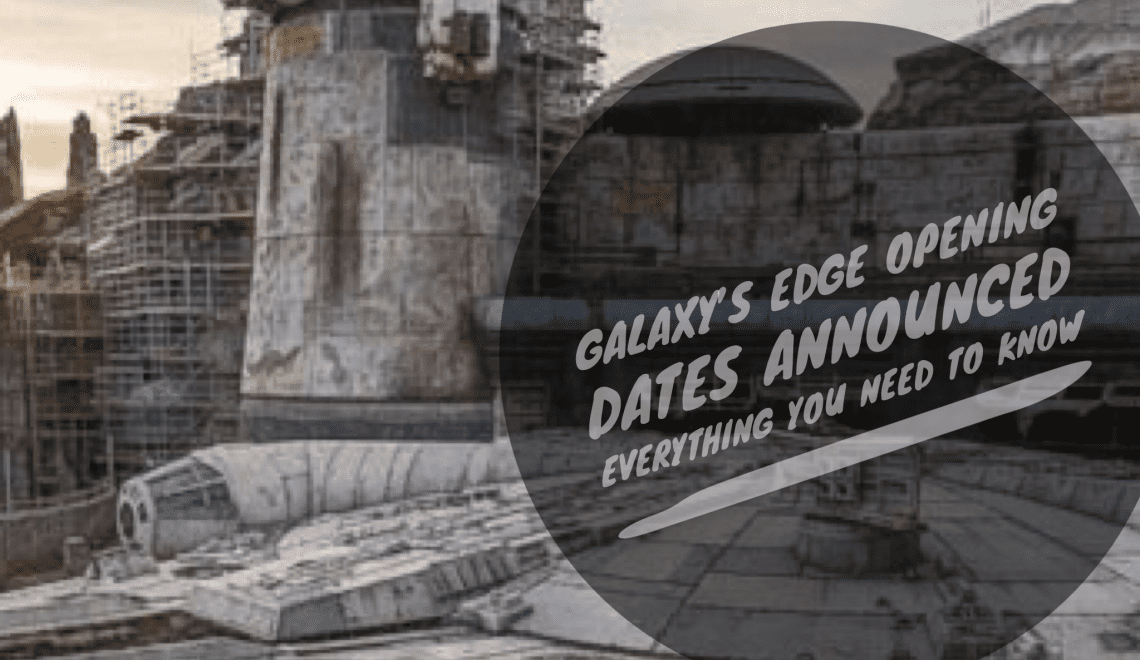 With the announcement of the opening dates of Galaxy’s Edge at both Disneyland Resort in California and at Walt Disney World in Florida, here’s everything you need to know! 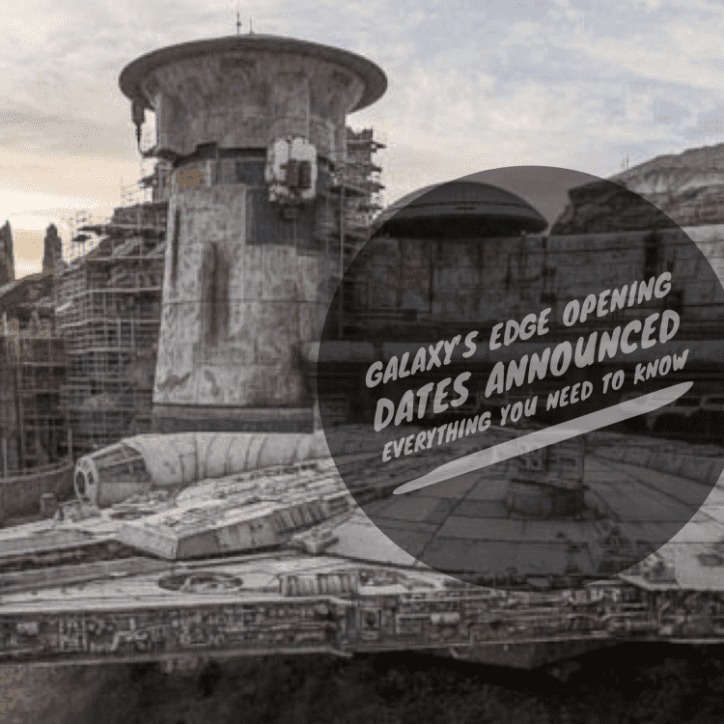 The opening dates for “Star Wars: Galaxy’s Edge” have been announced.Bog  Iger, Chairman and Chief Executive Officer of The Walt Disney Company, shared the dates from the Annual Meeting of Shareholders in St Louis, Missouri. 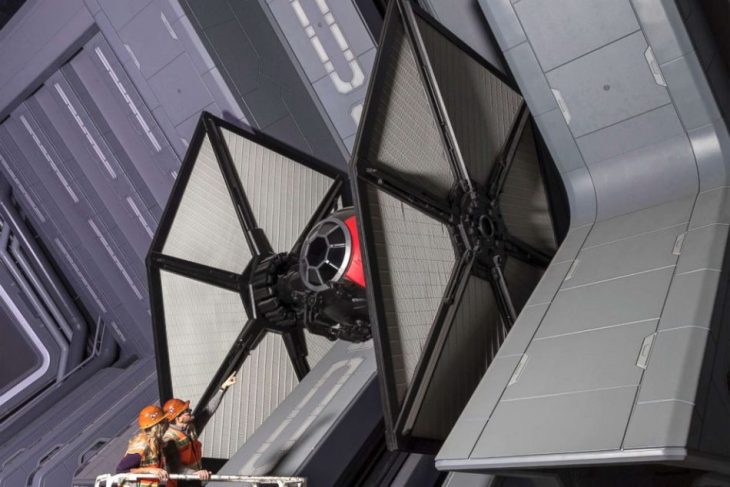 One thing is certain, this is something never before seen on any scale at any of the Disney Parks and it will definitely transport us to a galaxy far, far away. 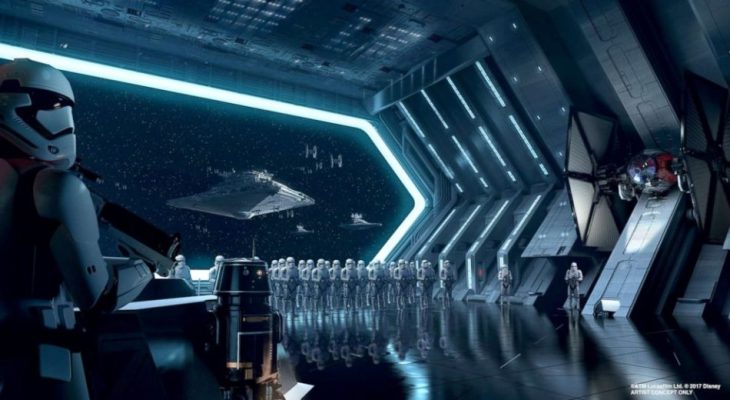 The highly anticipated lands are opening earlier than originally expected. The two lands had previously been slated to open in summer and fall, respectively. The opening dates represent phase one of a two-phase opening. On opening day, Millennium Falcon: Smugglers Run will be open. Phase two, which will take place later this year, is when guests can experience Star Wars: Rise of the Resistance. 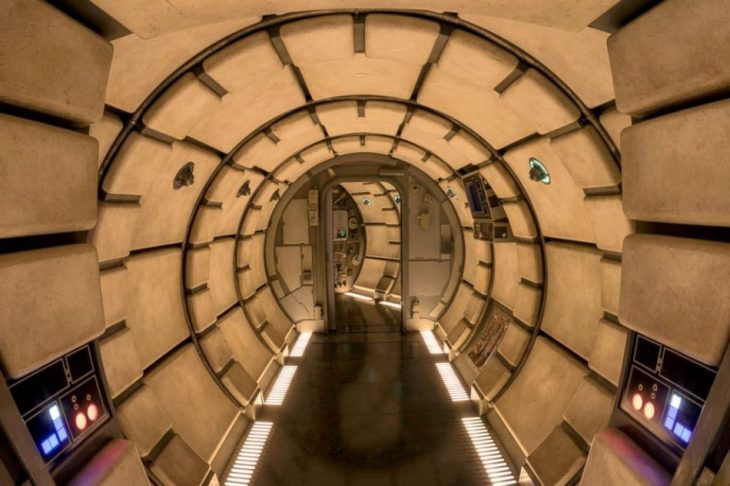 Guests will be able to board and fly the fastest hunk of junk in the galaxy will walk its iconic circular hallways leading to the cockpit in the Millennium Falcon: Smuggler’s Run attraction opening at Star Wars Galaxy’s Edge this summer at Disneyland and in the fall at Walt Disney World. Disney also announced today that for the first few months of the opening of Galaxy’s Edge, there will be no FastPasses so that everyone has the chance to enjoy the experience. At Disneyland, guests will make a no-cost reservation to enter Galaxy’s Edge in order to help manage crowds however those staying at one of the Disneyland Resort Properties, will be given reservations into this new immersive experience as part of their hotel reservations. 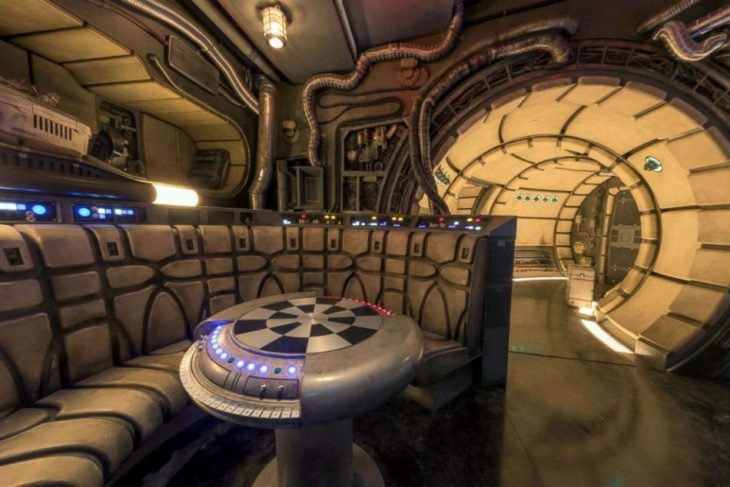 Smuggler’s Run attraction at Star Wars: Galaxy’s Edge, will include such iconic Star Wars scenes as the. Dejarik holographic chess table made famous in 1977’s Star Wars. Guests will be able to explore this space and take pictures, before heading to the cockpit.

The two attractions — and a restaurant — are the focal points of the new land. On Star Wars: Rise of the Resistance, guests will join a battle between the First Order and the Resistance. On Millennium Falcon: Smugglers Run, guests take control of the most famous ship in the galaxy. At Oga’s Cantina, alcohol will be served – a first for Disneyland. 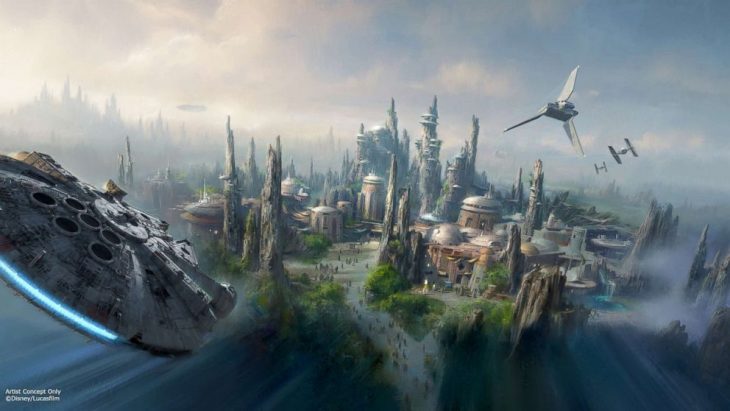 At 14 acres each, Star Wars: Galaxy’s Edge will be Disney’s largest single-themed land expansions ever, transporting guests to Black Spire Outpost, a village on the never-before-seen planet of Batuu. The lands will have two signature attractions: Millennium Falcon: Smugglers Run will let guests take the controls of one of the most recognizable ships in the galaxy, while Star Wars: Rise of the Resistance puts guests in the middle of an epic battle between the First Order and the Resistance. 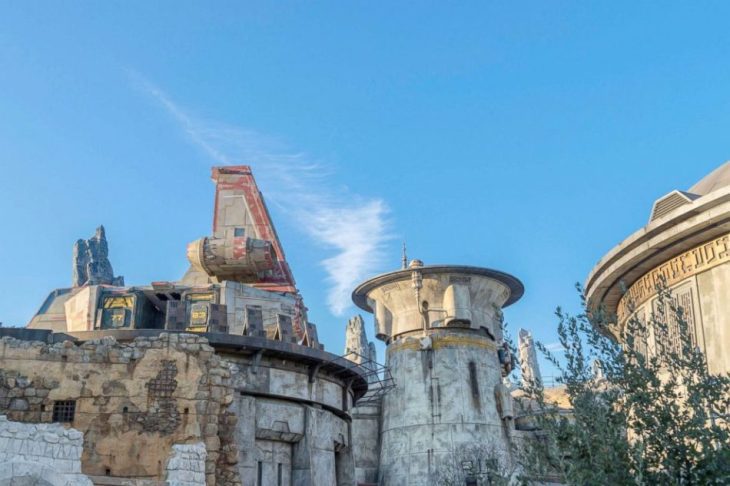 At 14 acres each, Star Wars: Galaxy’s Edge will be Disney’s largest single-themed land expansions ever, transporting guests to live their own Star Wars adventures in Black Spire Outpost, a village on the remote planet of Batuu, full of unique sights, sounds, smells and tastes. Will the Force be with you?

Up Next-The Food And Merchandise of Galaxy’s Edge