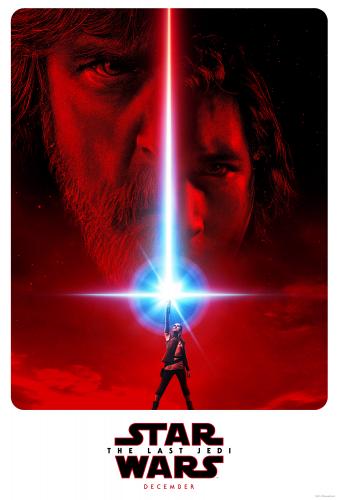 It was a Star Wars Weekend like no other in Orlando recently in honor of the 40th anniversary of of Star Wars and it was above and beyond all expectations for fans from near and far who were there to celebrate this life altering movie franchise and its impact on all of our lives. Kicking off the weekend at the Orlando Convention Center fans from all over the world converged  for Star Wars Celebration 2017. With good walking shoes on our feet and water and snacks in the backpack, surrounded but thousands of like minded fans from young to the young at heart, the 4 day celebration was exhausting, exhilarating, exciting all rolled into one. From  panels that included George Lucas, Mark Hamill, Harrison Ford and an incredible tribute to the Princess herself, Carrie Fisher, to the first look at The Last Jedi, to Disney Parks sharing some of the behind the scenes magic of the upcoming Star War Land at both Walt Disney World and Disney’s Hollywood Studios, to Star Wars memorabilia and merchandise that made you feel like a little kid in a candy story, to look up to see John Williams-yes that John Williams conducting a live orchestra playing the music that is so much engrained in our hears and souls to droids of every shape and size everywhere, suddenly we were standing in the middle of the galaxy that is normally far, far away. However it was the reveal of the very first trailer for The Last Jedi  that captured the weekend and the one that had everyone talking and trying to decipher the “clues”- the biggest one was the word “Jedis” vs “Jedi”.

Over at Walt Disney World at Disney’s Hollywood Studios the very first ever Star Wars: Galactic Nights  was blasting into a world not so far away. This special ticketed event  took place from 7:00 p.m.-midnight but like many of the other special ticketed events at Disney, ticket holders were could enter the Park starting at 5:00 pm. What other way would you start your night at Disney’s Hollywood Studios than with a walk down the red carpet to discover a newly transformed Hollywood Studios with activities and fun for all ages. Everyone attending was given a  special lanyard in which we collected special pieces that were gathered as we explored Disney’s Hollywood Studios in the Seize the Saga Interactive Scavenger Hunt, searching for unique Star Wars photo backdrops. These backdrops allowed us to step into immersive and iconic scenes from the films, including a newly created backdrop from Rogue One: A Star Wars Story, and along the way we received a themed piece representing each of the eight Star Wars films. Once we had all of our pieces, they not only came  together to form a one of a kind event keepsake but held a special magical surprise at the end of the evening. Galactic night also served to mark the debut appearance of BB-8 at Star Wars Launch Bay and of course along with BB-8 Kylo Ren and Chewbacca were also on hand to greet you. Here’s a look at some of the other special offering  that awaited the lucky Star Wars: Galactic Nights event ticket holders only: In addition other popular attractions were open, including Star Wars Launch Bay as well as a special overlay for that night only at Rock ‘n’ Roller Coaster Starring Aerosmith as well as the  chance to experience Star Tours-The Adventures Continue attraction, AWR Trooper sightings, roaming droids, Star Wars-themed F&B, special merchandise and much more. And here’s the best part-if you were unable to be a part of the first ever Star Wars, fear not because we are hearing that based on the success of the first ever Star Wars: Galactic Nights, we may see the return of it in the future.   From the Star Wars Celebration to the brand new The Last Jedi trailer to Star Wars: Galactic Nights to the countdown to the all new Star Wars Land at Disney’s Hollywood Studios and Disneyland, you can feel the Force everywhere at the Disney Parks as well as in galaxies far, far away.