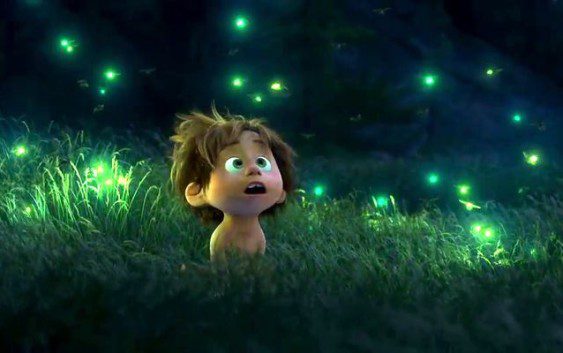 This Thanksgiving get ready to be reminded the true meaning of what family is all about through the good times and the hard times and be prepared to be swept away as the The Good Dinosaur” enters its way into theaters across the country and into your hearts. With this brand new trailer fromThe Good Dinosaur, it’s easy to see how this is the movie that will touch your heart and mind, stay within your soul.

Like all things Pixar, this is a movie that is designed to make us laugh, to make us cry but most of all, tell a story in such an eloquent way that it will leave you wanting to hug and reach out to everyone around you. And yes, this is also one of those movies that will demand that you bring a tissue or two or three. Like many a Pixar movie before it, the film presents an epic journey, an unlikely friendship, and an emotional wave that swells from deep within that is meant to put you in touch with deep-rooted feelings you didn’t even know you had.  But don’t take my word for it,  take a  look at the brand new trailer for The Good Dinosaur,  and see for yourself. Every clip we saw had a distinct lifelike feel to it while also giving its main characters the same cuteness that makes you want to take home each one of them and love them and make them a part of your family forever.  What will happen to Arlo and Spot in their quest to be reunited with their family? Mark your calendars and get ready for The Good Dinosaur, roaming into theaters November 25

Stay up to date with all the latest: