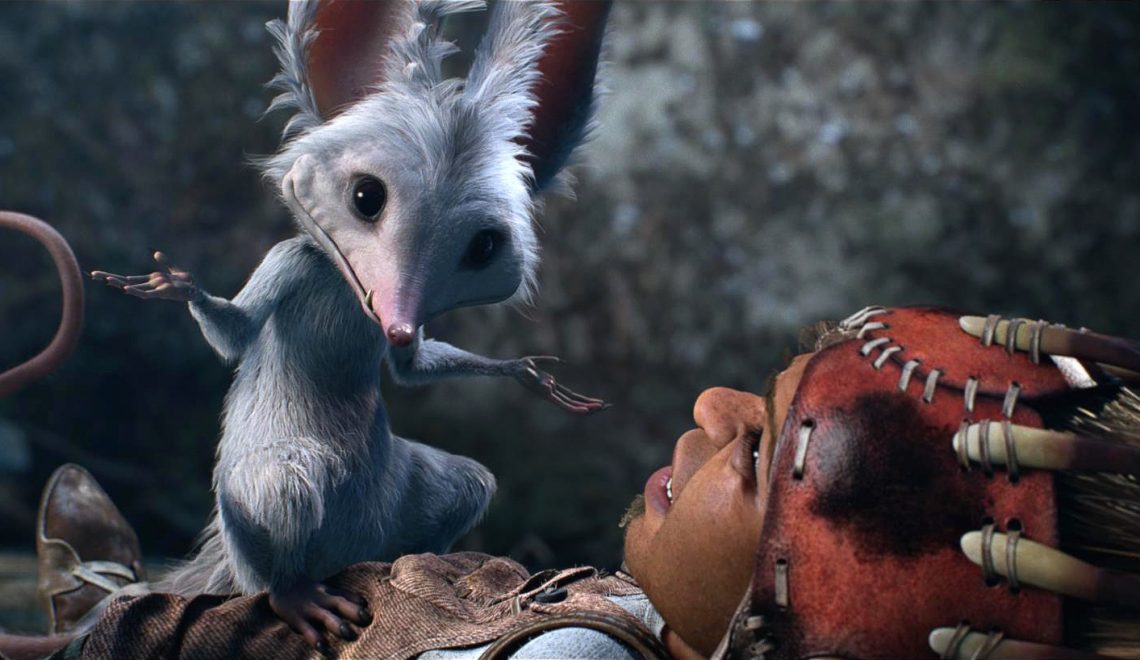 Everyone Deserves To Be Loved is the message that you will come away with when you take the family to see “Strange Magic” now playing in theaters everywhere.

Goblins and elves and fairies, oh my! Now playing in theaters everywhere  from the mind of George Lucas, comes a movie so magical, that everyone will be able to find a character to relate to and at some point see parts of their own trials and tribulations in the quest to find love unfold right in front of them on the silver screen. Strange Magic, the new animated film destined to be an immediate classic, is a madcap fairy tale musical loosely inspired by A Midsummer Night’s Dream. The bard himself would be smiling to see how his story has been transformed to capture the “heart and soul” of love, whether it’s the love of two sisters, the love between a parent and a child, or waiting for that love that starts as a mere vision of what might be. Popular songs from the past six decades help tell the tale of a colorful cast of goblins, elves, fairies and imps, and their hilarious misadventures sparked by the battle over a powerful potion.

“Love’s stories written in love’s richest books. To the fan the moonbeams from his sleeping eyes.” – William Shakespeare

And thus the story of Strange Magic found its origins. The seeds were planted and the enchanting tale began to take root and flourish and grow. A project 15 years in the making, and the very last film to bear the Lucas name (Disney bought Lucasfilm in 2012), quite simply this is a tale of finding beauty in strange places and at the end of the day, no matter who you are, finding that everyone deserves to be loved. It’s the story, much like life itself, of where suddenly you are able to see beauty in something you didn’t expect to see. Something that looks maybe not so pleasing to the eye on the outside, can suddenly capture a part of your heart and show you the true beauty that lies underneath, waiting for the right person to unleash the magic and grab hold of it.

“I wanted to do something fun and happy yet unexpected. It’s a story about love and how the most unlikely people fall in love. It’s about finding the true beauty in someone’s soul.” – George Lucas on the making of Strange Magic

Through the eyes of this iconic director, writer, and producer, Lucas brings to the screen a vision that will open your heart and soul to the world of possibilities awaiting you. Done in a way that could only be brought to life by Lucas, the film is so realistic looking it gives you the feeling that it was actually photographed in somebody’s backyard and that the elves and the fairies are indeed real. Add to that the depth of some of the greatest acting talents around including Alan Cumming, Evan Rachel Wood, Elijah Kelley, Meredith Anne Bull, Kristin Chenoweth, Maya Rudolph and Alfred Molina all under the direction of Gary Rydstrom, and all the elements needed to create a film sure to cast a spell over moviegoers of all ages are there.

If all of that weren’t enough, the story is almost entirely told through some of the best music of the last six decades. Said Elijah Kelley, voice of the irrepressible Sunny, “The mix of contemporary songs in with classic songs is so brilliant because you merge the demographics because a lot of the time the most people that see these films are children – they’re kids but the people that take them there are their parents. Many times there’s not a lot for the parents to enjoy. With Strange Magic you have this generational gap that evaporates. It’s totally gone and you have these parents and their children that now have the opportunity to really, truly share the experience.”

Strange Magic is a timeless story that you can enjoy with the entire family, or even as a date night movie whether you’ve found that love of your life or are still looking. It’s a movie that will have you laughing, and crying, singing and tapping along, but most importantly it will have you coming out of the theater smiling from ear to ear, with the satisfying feeling of knowing that love is out there when you least expect it.

Grab your family, grab your friends and find someone you love to share this most magical of films – Strange Magic is now playing in theaters everywhere. “Everyone deserves to be loved.”

PS: Don’t leave early – stay in your seats until the very, very end!