You’ve Got A Friend In Us! Enter Now TO WIN A Toy Story Purse From Loungefly 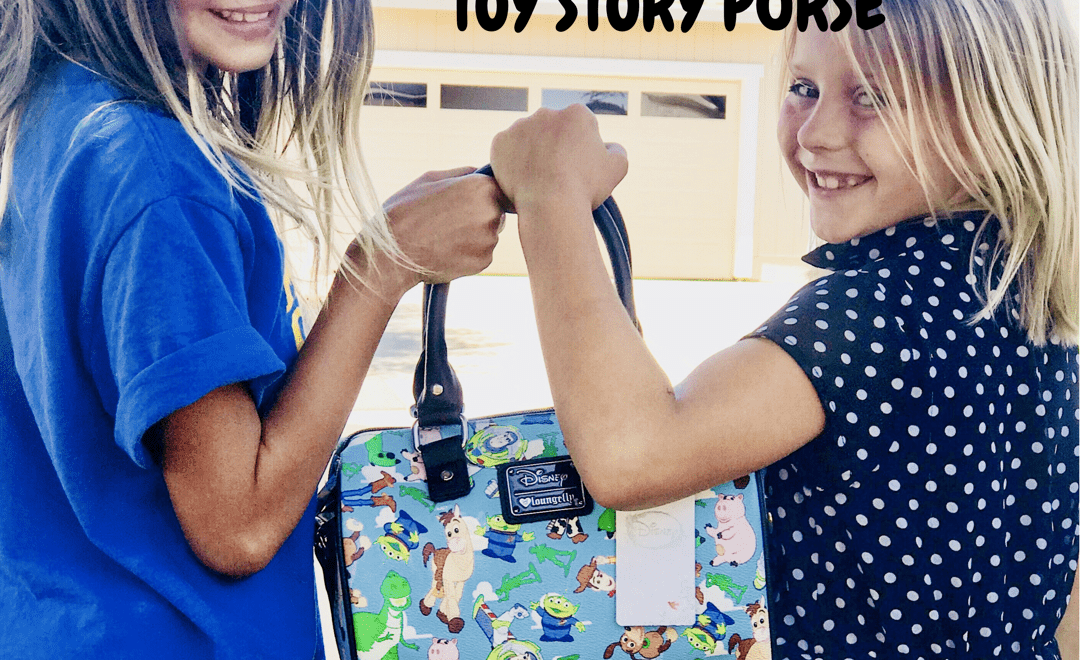 You’ve Got A Friend In Us because we want you to enter Now TO WIN A Toy Story Purse from Loungefly!!  It’s shaping up to be a Pixar kind of summer and you’ve got a friend in us and our friends from the great folks at Fun.com because someone will be kicking off their Pixar Summer with the perfect accessory-an exclusive Toy Story Purse from Lougefly thanks to your friends at Fun.com If you were anything like us when you were a kid, you loved having toys as a best friend. When you had a bad day at school, who was there for you when you got home? That’s right, your toys. The dolls, the plushies, the army men you stole from your brother (admit it). You had some great times with them and made some wonderful memories. But you’re all (relatively) grown up now, and what a girl REALLY needs… is a friend in her purse! Your purse should look vibrant and be inviting, express your unique and playful personality, and it should hold everything you need it to hold, all with style and fun. While that sounds like a difficult thing to find, lucky for you, you’ve found your new best friend right here with this exclusive Toy Story purse from Loungefly! Not only is it an exclusive you won’t find anywhere else, it’s officially licensed by Disney Pixar and it features all your favorites from Andy’s toy room on the outside in a bright print. And the very best part-SOMEONE WILL WIN THIS TOY STORY PURSE  and be able to take it to Infinity and Beyond. Whether you’re heading to Disneyland for the opening of Pixar Pier on June 23 or Walt Disney World for the opening of Toy Story Land on June 30, or just a huge Toy Story fan, this is the purse for you!  Yes, it’s definitely got the exterior style thing down with those vibrant colors, but it has a lot of fantastic organization options inside as well; plenty of pockets. No more losing all your favorite things on a trip to Pizza Planet like Andy did… If only he’d had a cool purse like this one!

If your family is like ours, we’ve been counting down the days to our Pixar summer and here’s some of the magic that is coming your way at the end of June:

If you thought the Happiest Place on Earth couldn’t get any happier then think again because the wonderful worlds of Pixar are getting a new home at Disney California Adventure Park when Pixar Pier opens on June 23, 2018, transforming the area that is now Paradise Pier with the thrilling, new Incredicoaster, four new imaginative neighborhoods, the new Lamplight Lounge, plus exciting entertainment, themed food and beverage, and merchandise. Guests will experience Pixar stories and characters in incredible new ways on this seaside waterfront at the Disneyland Resort.

Pixar Pier, a permanent land along the southern shore of Paradise Bay, debuts during Pixar Fest, a limited-time event that begins April 13, 2018. As a new land, Pixar Pier introduces the exciting new Incredicoaster and Lamplight Lounge.

The first-ever Pixar Fest, a celebration of friendship throughout the Disneyland Resort, opened April 13, 2018. For a limited time, guests are enjoying the new fireworks show, “Together Forever – A Pixar Nighttime Spectacular;” the return of “Pixar Play Parade,” appearing for the first time at Disneyland Park; the return of “Paint the Night,” performing this time at Disney California Adventure, and new Pixar elements added to each of those parades. The fun continues with friends from Disney•Pixar films, creatively themed food and beverage items and merchandise that’s exclusive to Pixar Fest.

At Pixar Pier, guests will enter Disney California Adventure’s newest land through a dazzling Pixar Pier marquee – topped with the iconic Pixar lamp later in the year. Beloved Pixar stories are introduced in this land through four whimsical neighborhoods. The first neighborhood is inspired by Disney•Pixar’s “The Incredibles” which opens with the new Incredicoaster. Permanently transformed from the attraction that was California Screamin’, Incredicoaster invites guests into a mid-century-modern-style loading area where they will board vehicles with a distinctive, new look. New character moments, new scenes and special effects, and an exciting musical score connect the attraction’s story to Pixar’s “The Incredibles 2,” which opens in theaters June 15, 2018.

A fourth new neighborhood celebrates a collection of guest-favorite Pixar stories. Mickey’s Fun Wheel transforms into a newly-themed Pixar attraction, allowing guests to enjoy the beautiful sights of Pixar Pier from 24 new gondolas – each one decorated with a beloved Pixar pal. The midway games are also inspired by Pixar characters, including favorites from “A Bug’s Life,” “La Luna” and “WALL·E”.

Another exciting location opening at Pixar Pier on June 23 is the new Lamplight Lounge, an elegant yet fun gathering place for the entire family at the entrance of Pixar Pier. Lamplight Lounge will serve California casual gastro-pub cuisine that is playfully presented, along with unique signature cocktails and a guest-favorite: Lobster Nachos. The seaside lounge will contain a full bar with picturesque waterfront views of Paradise Bay from both upstairs and downstairs. At night, outdoor seating will provide views of the illuminated Pixar Pier and “World of Color.”

Lamplight Lounge celebrates the creativity, inspirations, and personalities of the artists and storytellers who have brought Pixar stories to life. Guests will discover the artistic marks that Pixar “regulars” have left throughout the lounge, including concept art, a quick sketch on a napkin, knick-knacks and collectible toys of beloved Pixar characters. (Prior to its transformation, this location was Ariel’s Grotto restaurant and the Cove Bar.)

Reach for the sky partners! The countdown is on to the opening of Toy Story Land on June 30! We’re going to be there for opening day and hope you’ll be joining us in all of the fun. Here’s some more “toy-riffic” news is emerging as anticipation builds for the colorful new land coming to life at Disney’s Hollywood Studios.

Guests will “shrink” to the size of a toy as they enter into this land full of everyone’s favorite toys, building blocks and game pieces. Across eleven fun-filled acres designed to recreate Andy’s toy-filled backyard from the Disney·Pixar “Toy Story” films, guests will be fully engaged in the wonderful world where Woody, Buzz, Jessie and all their pals come out to play. Attractions and experiences straight from Andy’s imagination will treat park-goers to the best playtime ever – even after the Tinker Toy lights come on.

Let’s meet us in  Andy’s Backyard – To Infinity and Beyond!  The Toys Are Here! It’s a joy-filled, toy-filled world as only Disney can create, and it’s all waiting for you. Toy Story Land opens at Disney’s Hollywood Studios on June 30, 2018. Come join us for all of the magical fun!

Just because you’re an adult, but that doesn’t mean you have to stop having fun, or showing off that you’re really a child at heart. Don’t hide your childish side… show it off proudly it with this Toy Story purse. Just take a look at all that this Toy Story Purse has to offer: Admit it, you’re already dreaming of that magical Pixar trip of a lifetime this summer and there’s no better accessory to take with you than a Toy Story Purse of your very own. Thanks to our friends at Fun.com showing us all that when it comes to fun, you’ve got a friend in them and make sure to head to their website to see all magical things that are sure to bring a smile to anyone’s face. Now the only question is, where will you take your Toy Story Purse first? You’ve Got A Friend In Me! Disclosure:  We have received products and/or compensation for the purposes of this giveaway, however, the thought and opinions expressed here are 100% our own.