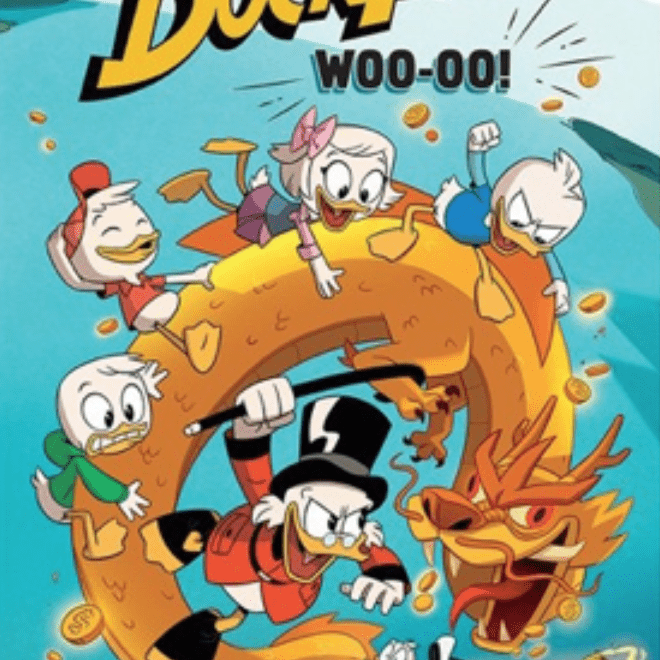 Let the Adventure Begin! Now just in time for the holiday gift giving comes the best stocking stuffer of all time-DUCKTALES: WOO-OO!  First admit it-you just started singing along as soon as you saw the title and how can you not?  Now Disney’s iconic classic can be your because on December 12th you can bring home the DVD which includes not only the television but six bonus shorts just in time for Christmas! From defying danger to solving mysteries, chart a course for action-packed thrills with DuckTales “Woo-oo!”

The high-flying fun begins when Donald Duck reluctantly takes his mischief-making nephews Huey, Dewey and Louie to McDuck Manor, stately home of their rich, reclusive, great-uncle Scrooge McDuck. Enthralled by the exploits of their once-legendary great-uncle, the triplets and their fearless new friend Webby unwittingly unleash secret totems from Scrooge’s epic past, launching the entire family on a daring, deep-sea quest for the Lost City of Atlantis. But now you don’t have to wait to bring home the DVD because you can download these free activity sheets right now. Simply right-click to save to your own computer and let the fun begin. 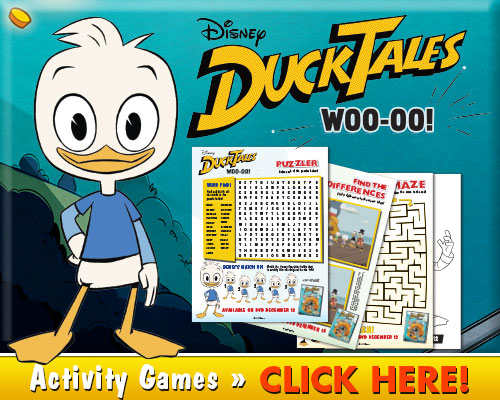 Now bring home the fun of Disney’s DUCKTALES: WOO-OO!  just in time for your holiday fun! Life is like a hurricane
Here in Duckburg
Race cars, lasers, aeroplanes
It’s a duck-blur!
Might solve a mystery
Or rewrite history!

D-d-d-danger! Lurks behind you!
There’s a stranger out to find you
What to do, just grab on to some…

Not pony tales or cotton tales, no
DuckTales! Woo-oo!

And for the Tangled fan in your life-we have something just for them too! Now you can also bring home Tangled The Series on Disney DVD December 12 as well! This fun DVD includes the First Episode Plus Four Bonus Shorts The fate or Corona hangs in the balance when Rapunzel faces the ultimate test in “Queen for a Day.”  When the King and Queen leave town, Rapunzel is set to lead. However, when a blizzard threatens to destroy Corona, the Princess is faced with some tough decisions.

Featuring the vocal talents of Mandy Moore as Rapunzel; Zachary Levi as Eugene, Eden Espinosa as Cassandra; Jeremy Jordan as Varian; Clancy Brown as King Frederic and Julie Bowen as Queen Arianna, Tangled The Series and DuckTales are both ready to come home with you on December 12. Make someone’s holidays complete with these two great Disney DVD’s and bring them both home today!