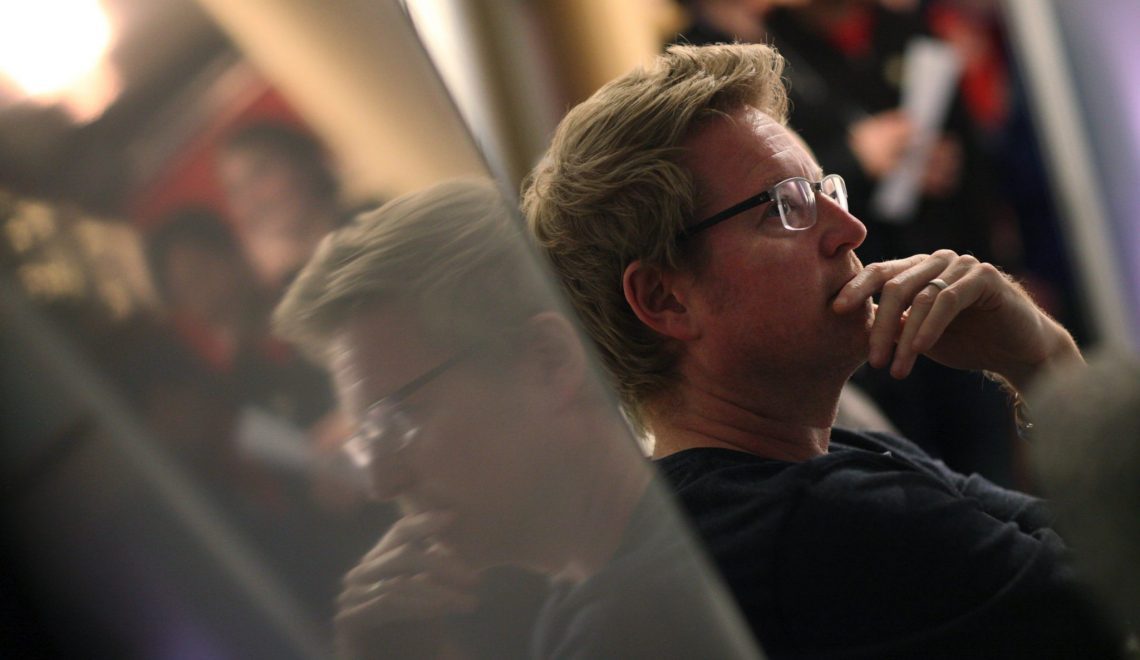 Last March I found myself on a voyage under the sea to the Monterey Bay Aquarium and found myself diving into Dory’s Story, the tale just waiting to be told as I sat with the team of storytellers from Disney•Pixar’s Finding Dory and learned just what compelled them to bring Dory’s story to life. Finding Dory  Co-Director Angus MacLane and Story Supervisor Max Brace shared some of the backstory of just what it was that made them all come back together after all these years to make not just a sequel but more of a new story in its own right. “It all started years ago with Andrew (Stanton) when he said to us “I knew if I said the words ‘Finding anything’ it would start a snowball but then back in 2010 Stanton had a notion about wanting to resolve Dory’s issues, that there might be a story worth talking about but he waited until the end of 2012 to even say anything, because it was just too loaded.” And thus Finding Dory and the story of how the forgetful little blue fish came to be was born and was finally a tale ready to tell.

Angus continued with trying to explain that when you have a sidekick who has memory loss and in turn she suddenly becomes the main character, that’s not an easy story to tell, but the most important thing throughout was making sure it was indeed Dory’s story and he admitted dealing with that was maybe the film’s biggest challenge.

“The biggest challenge was in  dealing with her short term memory loss. Let’s face it,  she forgets all the time, so you’re wondering ‘Does she remember what just happened? ‘You have to communicate that to the audience about where she’s at, how she feels, what she knows and what she remembers.” Earlier in the day Stanton had shared with us that Dory wasn’t built to be a main character. She was built to support someone else and a main character is a very different role. She’s wired to tee up everyone else and therein was the trap they kept falling into for keeping it her story. One example was the scene in the touch pool. In early renditions, it starred Hank, the septopus, who you will be finding out more about in a few weeks, trying to move Dory through the touch pool at the aquarium in a scene reminiscent of the Great Escape.

“This biggest problem with this scene is it’s not about Dory,” McLane explained. “It starts with Hank, it finishes with Hank, Hank is really driving the scene…so the film changed to make sure every sequence was about Dory achieving her emotional goals.” So just what does it take to bring the story of Dory to life? Story supervisor Max Brace filled us in on the scope of just what it took to bring our favorite amnesic blue tang’s story to the screen.

“When breaking the story of Finding Dory, the team did about 103,000 storyboards over the course of three and a half years. They delivered a new reel of footage in four months over that time and that became the blueprint for the movie that’s animated. “The drawings are meant to be thrown out,” says story supervisor Max Brace. “No ideas are too precious, and it’s really about what is best for the story.” One of the most important things I learned is that Pixar is never one to stand still-they are always evolving and in the process creating new technology that will allow them to tell the story that needs to be told as only Pixar can do. Much of the behind the scenes aspects in the creation of this newest in animated films for the Disney Pixar family was the use of brand new technology that would bring Finding Dory as well as the short that plays before the film Piper, from fruition to reality. Directors of Photography for Camera, Jeremy Lasky, and Lighting Director, Ian Megibben explained in detail just some of what went into the making of the revolutionary new ways of creating animation that makes some of the scenes so realistic that you forget that you are watching an animated feature.

“Pixar loves to push their animation with each film and, on Finding Dory, they did it with several new pieces of software. First is Renderman RIS. Up until now, every Pixar movie has used the original Renderman software, so that makes Dory the first film in about 30 years to be done on something different. The biggest upgrade between the two is more advanced path tracing, which simulates light randomly, and makes for much more realistic water and other effects. Dory also is using a program called Katana, which enhances the lighting, and Universal Scene Description, also known has USD.”

They further went on to explain that in essence, each character was in many ways like a puppet. “Characters are animated with software that creates animation curves. What that means is each character has about 30 different controls for movement. You move a cursor up the curve or down the curve for more subtle or violent movements. Animators refer to these as the “ingredients” in the “recipe” of the movement.”

But while it may look incredibly realistic, Pixar isn’t actually going for photorealism, which having been lucky enough to have seen some of the new scenes from Finding Dory, was hard to wrap my mind around. Production Designer Steve Pilcher explained in more detail: “Though they do an unthinkable amount of research and design every single thing down to the tiniest detail, there’s one thing Pixar doesn’t want to do and that is we are not trying to photo replicate everything. What we are trying to do is to take all the information from reality and reinterpret it in a somewhat manageable, simplified way that stylizes it a bit and in the end gives it just the character it needs to bring it to life and to tell the story but it always begins and ends with the storytelling.”

Lasky, and Megibben also shared that Finding Dory was shot on 16 and 35mm film, in a way underwater cameras photograph, but in a virtual way. In order to accomplish this they had to select cameras and lenses for the computer that would mimic this because it was important to have everything in reality so parts of the movie where things are closer and intimate are shot in a simulated 16mm feel. When things are larger and more sprawling, it’s a simulated 35mm camera. In the end, one of the big mantras that Stanton stressed to his crew was that this is first and foremost Dory’s story, and the audience needed to emotionally be with her on the journey she takes in the story. Cinematographer Lasky shared:

“One of the ways we handled that is that the audience discovers the Marine Life Institute along with Dory. Meaning, rather than having a bunch of establishing shots and explanation, we’re dropped in that tank right with her and we learn information as she learns it.” Lighting artist Ian Megibben added: “On a similar note, we also worked to de-emphasize characters that are not Dory. The humans in the movie were often treated as framing devices, or in lighting, we would throw them into silhouette. This was all an effort to de-emphasize the humans as characters and really point the story back towards Dory.”

For everyone involved in the telling of Dory’s Story, one thing was clear and it was director Andrew Stanton that summed it up the best when he simply stated that Finding Dory completes the story circle that no one knew needed to be told. “It’s like worrying about a kid. I was worrying about whether she was going to make it. And I suddenly needed that resolved. So now I really do think it’s a closed circuit. But who knows? I’ve eaten those words before. Nobody plans to make a sequel 13 years later. It’s a product of character love.”

On June 17, get ready to take the journey with Dory as she swims once again into your hearts and souls, and tells her story. 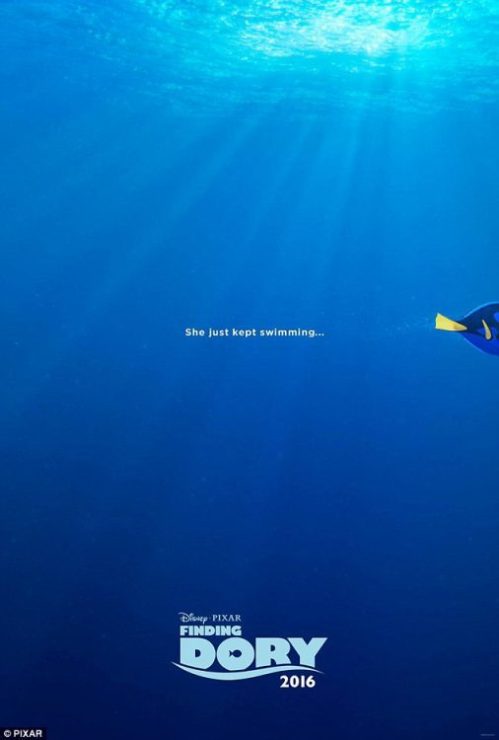 Get Into The Swim Of Things: Disclosure: I was invited by Disney to cover this media event. All material and expenses for this event have been provided courtesy of Walt Disney Studios but all opinions my own