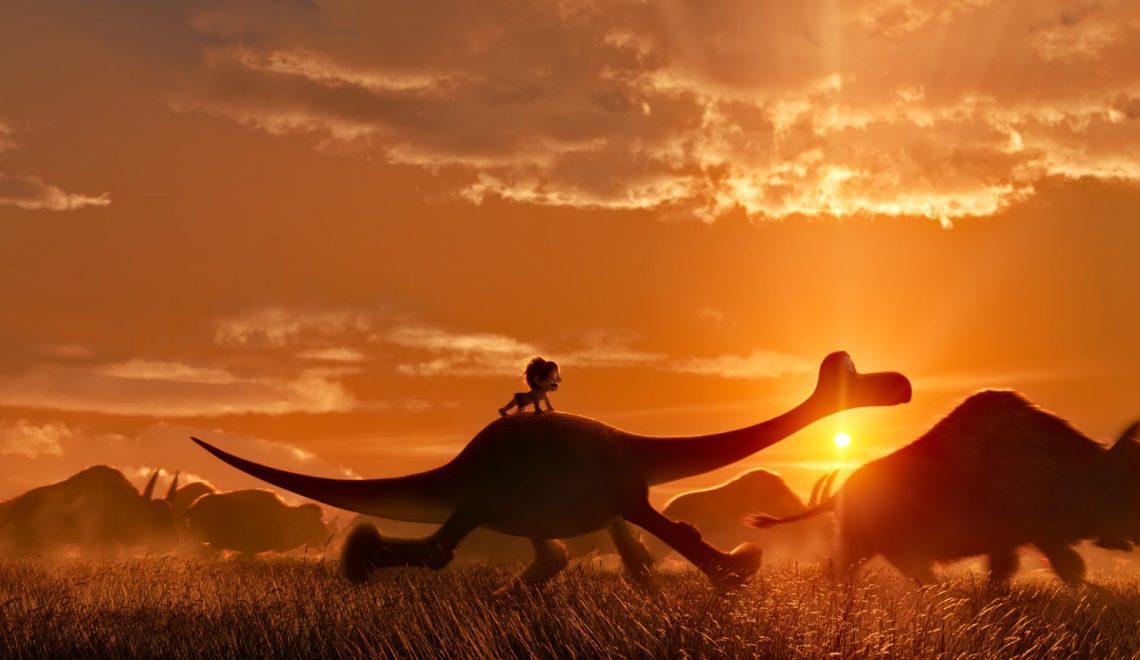 “Sometimes you gotta get through your fear to see the beauty on the other side.”

In our family Thanksgiving is all about traditions and like so many other families across the country, over the years, that tradition includes taking the family to the movies after Thanksgiving dinner. This year, thanks to the brilliant minds of the folks at Disney• Pixar, we have the perfect movie that the entire family will enjoy from the youngest, right on up to the youngest at heart. The Good Dinosaur is one of the most visually stunning movies I have ever seen and you find yourself getting swept away in the magnificent and breathtaking setting. It is the classic Pixar buddy movie continually reminding us all of the the true meaning of what family is all about through the good times and the hard times. But more importantly it teaches everyone that we all have fears, and together we can face and overcome anything. Having seen it twice this week already, I can say without reservation that Disney • Pixar The Good Dinosaur is a movie that will touch your heart and mind, stay within your soul.

Like all things Pixar, this is a movie that is designed to make us laugh, to make us cry but most of all, tell a story in such an eloquent way that it will leave you wanting to hug and reach out to everyone around you. And yes, this is also one of those movies that will demand that you bring a tissue or two or three. Like many a Pixar movie before it, the film presents an epic journey, an unlikely friendship, and an emotional wave that swells from deep within that is meant to put you in touch with deep-rooted feelings you didn’t even know you had.  But don’t take my word for it, take a look at the one of the trailer for The Good Dinosaur, and see for yourself. Each part of the movie has something that is designed to have a distinct lifelike feel to it while also giving its main characters the same cuteness that makes you want to take home each one of them and love them and make them a part of your family forever. Plus let’s face it, hearing the voice of Sam Elliot as Butch, the T-Rex who runs the ranch of prehistoric longhorns, Steve Zahn as the perfect antagonist Thunderclap and the director himself, Peter Sohn, as the perfectly deadpanned voice of Forest Woodbush, the styracosarus who is home to such critters as Dreamcrusher, is worth the price of admission all by itself.

What will happen to Arlo and Spot in their quest to be reunited with their family? Spend the holidays together and bring home the magic of Disney• Pixar’s The Good Dinosaur, now playing in theaters everywhere. Stay up to date with all of the prehistoric comings and goings of The Good Dinosaur: This Thanksgiving, take the family to Disney•Pixar’s The Good Dinosaur –