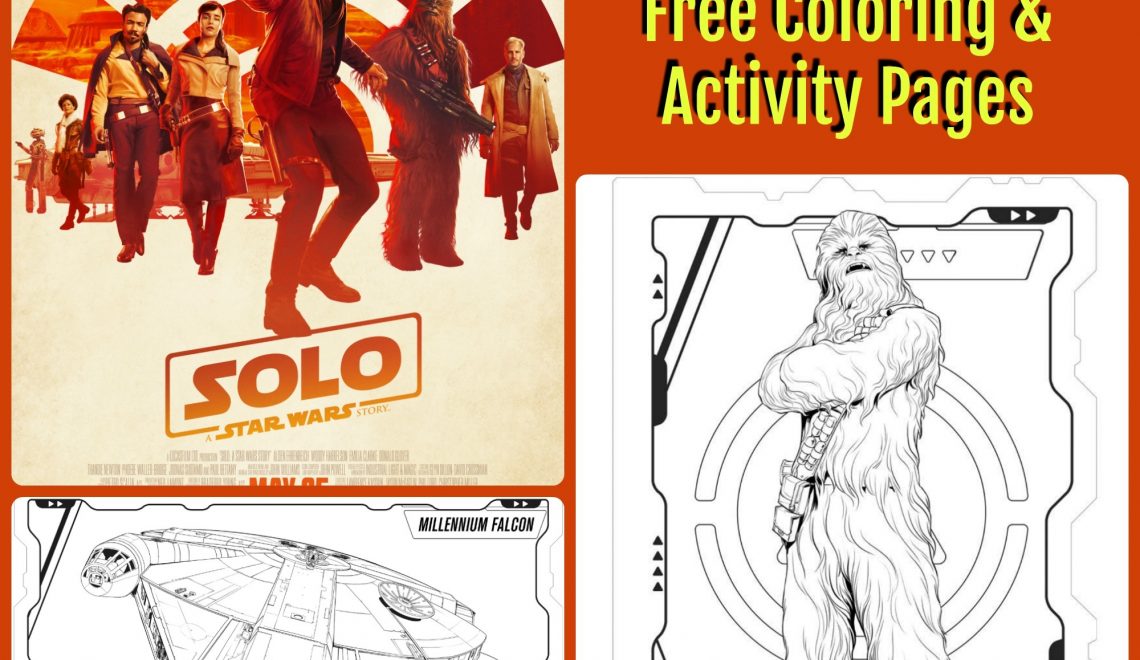 In honor of Star Wars Day on Friday, May 4th (Be With You) the Force is strong with all these intergalactic new activity sheets, posters and all new trailer as we make the leap to hyperspace all leading up to the much anticipated Solo: A Star Wars Story, which blasts into theaters Memorial Day Weekend, May 25. The saga tells the tale of a young Han Solo, Lando and everyone’s favorite Wookie, Chewbacca as we find out more about this loveable rogue. We first met Solo Star when he and his co-pilot Chewbacca accepted a charter request to transport Luke Skywalker, Obi-Wan Kenobi, C-3PO, and R2-D2 from Tatooine to Alderaan on their ship, the Millennium Falcon. Han owed crime lord Jabba the Hutt a great deal of money and had a price on his head.

Bounty hunter Greedo tries to deliver Solo to Jabba, dead or alive, but after a failed attempt to extort the money as a bribe for letting him go, Han managed to shoot and kill Greedo. But while we all know how it ends, what we didn’t know was how it began-until now. On May 25 we’re invited to step on board the Millennium Falcon and journey to a galaxy far, far away in Solo: A Star Wars Story, the all-new adventure with the most beloved scoundrel in the galaxy.

Through a series of daring escapades deep within a dark and dangerous criminal underworld, Han Solo befriends his mighty future copilot Chewbacca and meets the notorious gambler Lando Calrissian, in a journey that will set the course of one of the Star Wars saga’s most unlikely heroes.

Directed by the one and only Ron Howard, the film stars Alden Ehrenreich, Woody Harrelson, Emilia Clarke, Donald Glover, Thandie Newton, Phoebe Waller-Bridge and Paul Bettany. But luckily you don’t need to wait until May 25 to bring home the fun of this rollicking adventure. Simply right-click on your favorite activity and coloring sheets to save them to your own computer and let the fun begin. And it doesn’t stop there! Check out these new posters just in time for Star Wars Day! Get ready to make the leap to hyperspace-Solo: A Star Wars Movie lands in theaters everywhere Memorial Weekend, May 25, 2018.