The BFG: From Classroom (small screen) to Theater (big screen) 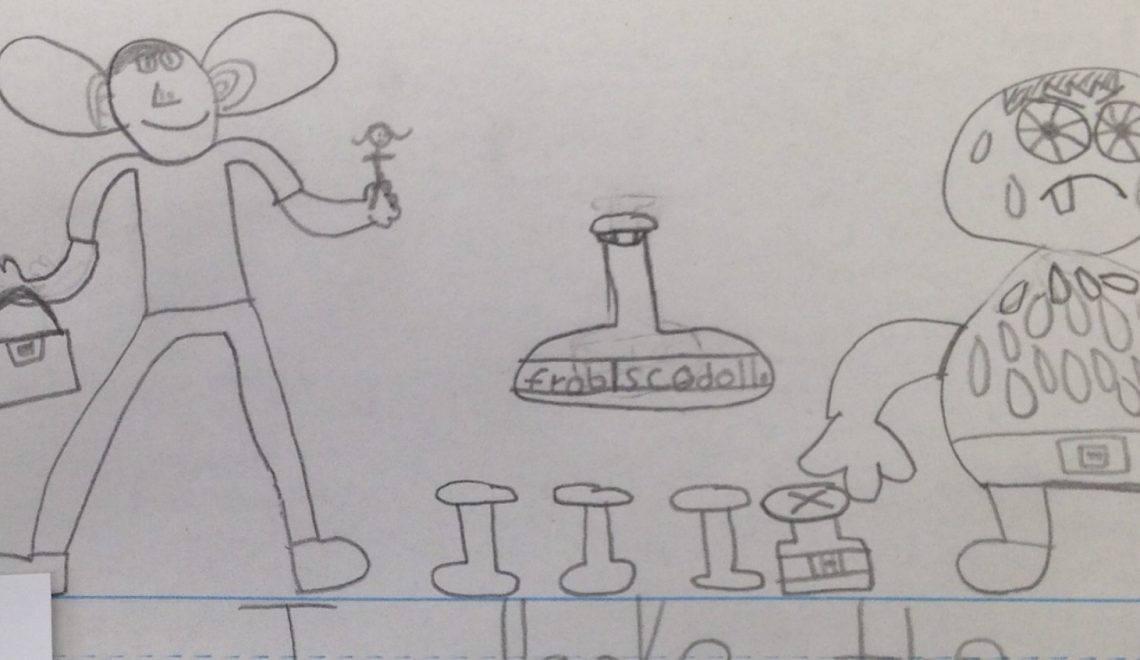 This summer movie lovers will be introduced to what classrooms and students around the world already know-the classic Roald Dahl story of “The BFG”.

As an avid reader growing up The BFG by Roald Dahl was a favorite story of mine.  As an Elementary School Teacher – The BFG by Roald Dahl is a fabulous piece of writing that my students love! A story that inspires them to do good for others, use their problem solving skills,  to get creative and of course to DREAM BIG! With the June 16th release of Walt Disney’s The BFG we started by reading the beloved chapter book, followed by watching the 1989 cartoon movie and we are all anxiously awaiting the movie release to see how Director Steven Spielberg captures the story on the big screen. Hey Hollywood, how about a field trip?

While Gayle Turner gave us  the lowdown on this fabulous story and a preview to the upcoming movie, here are some inspirations from a group of 7 and 8 year old Second Graders who root for Sophie throughout the story and grow to love that BIG FRIENDLY GIANT. After meeting Bonecruncher, Manhugger, Childchewer, Fleshlumpeater, Meatdripper, Gizzardgulper, Maidmasher, Bloodbottler, and the Butcher Boy,  the children designed their own giants and wrote descriptions using adjectives.  The numbers in the squares are the number of adjectives they were able to use.

We also created Dream Jars using baby food jars, sequins, sparkles and water colors.  The children typed up their dream labels and we secured them on the jars using tape to waterproof them.  Then the children colored the water and added dream dust (sparkles, rhinestones, gems and glitter).  The Pfizzwizards had the greenish glow to them and the Golden Pfizzwizards were tinted yellow.  See my glossary at the bottom to understand color coding and definitions.   Being an experienced teacher and using this book year after year – the children couldn’t make Trogglehumpers as this only leads to pure classroom madness! After finishing the book, and  watching the old 1989 cartoon version of The BFG we wrote some reviews.  No movie is complete without  Snozzcumbers and Frobscottle – what a treat! (see glossary below).

Here are some reviews on both: Glossary – Things you must know before seeing the movie!

Golden Pfizzwizard – an awesome dream, best of the best (golden in color)

Trogglehumper – a nightmare (scarlet on color)

Frobscottle – a yummy drink which contains bubbles that go down instead of going up (think seltzer water).

Whizzpoppers/whizzpopping – what happens to the bubbles when you drink frobscottle.  The bubbles travel down your body resulting in an explosive noise.

Scrumdiddlyumptious – a common word of endearment used by Roald Dahl and his fans everywhere!

Find Out More About The BFG

The BFG Lumbers Into Theaters July 1