A View From the Front-The Disneyland Monorail 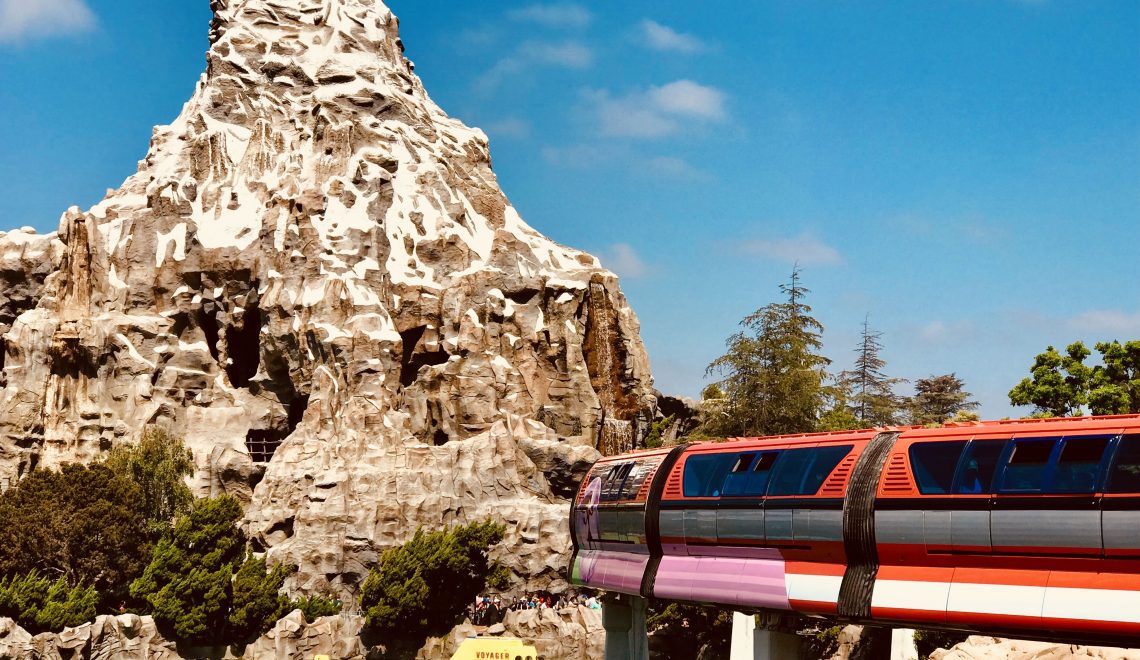 You may have been a passenger on the Disneyland Monorail at some point in time but one of the best-kept secrets is that you can have a view from the front on the iconic Disneyland Monorail.  My first trip aboard the Monorail was in 1959 when it opened as both an attraction that took you on a guided tour through Disneyland.  Originally scheduled to open as part of the original Tomorrowland, Walt Disney himself originally envisioned this sleek transport as the practical form of public transportation of the future. 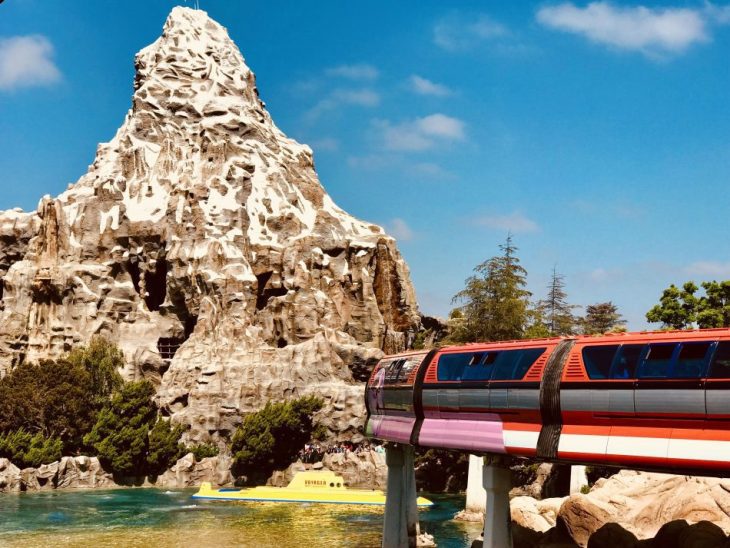 While at D23 last summer, world renown Disney Imagineer Bob Gurr told the story that The Monorail was one of the original park attractions that he and Walt Disney and worked on. Gurr went on to tell the tale that he was only able to test it one lap around before former President Nixon visited. Nixon and his family went two laps around, accidentally without his secret service. Luckily for all, the Monorail was off and running and continues to thrill visitors to this very day. 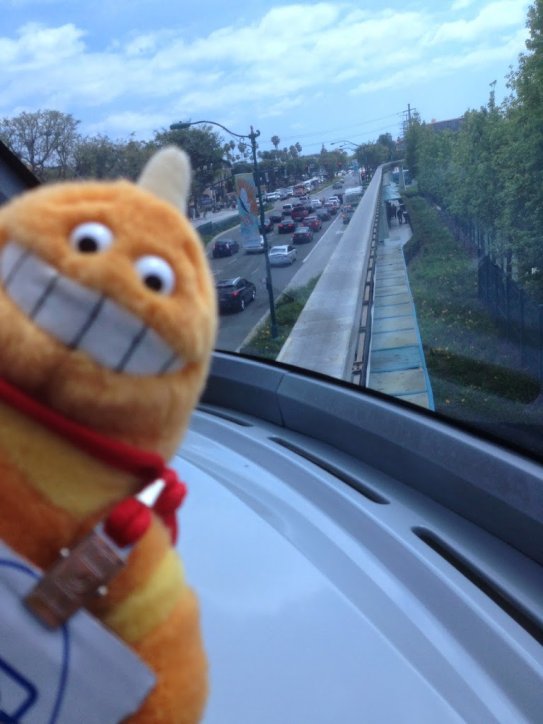 I can vividly remember back in 1961 when the tracks were extended and it became a true transportation system as I stepped on board at the station directly in front of the main lobby of the Disneyland Hotel for our ride directly into the Park.  Today there is still no better way for your first glimpse of the Disneyland Resort but did you know that you can do it from the front of the Monorail?   Unlike its counterpart in Walt Disney World, although you can no longer ride in the back of the train, the thrill of riding in the front of the Monorail is still available to Disneyland guests merely for the asking. Here are some easy tips to help you along your amazing journey: 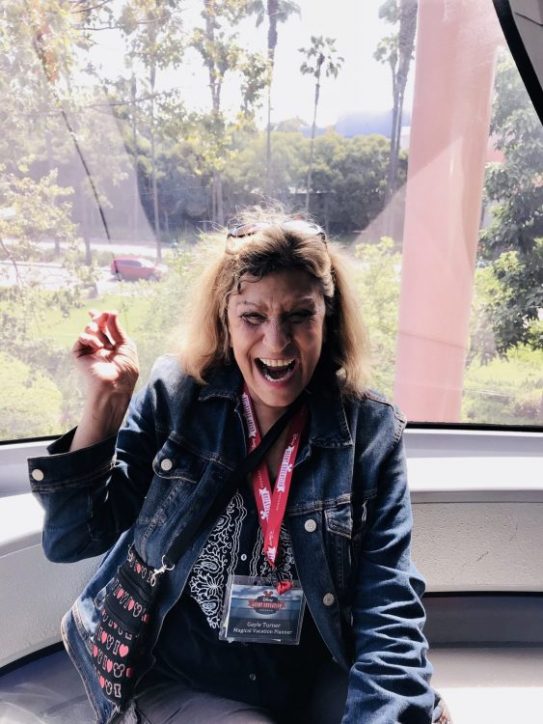 Like many other of Disneyland’s Hidden Secrets, it all starts by asking the Cast Member stationed at either the Tomorrowland Station or the Downtown Disney Station. There may be other people who have asked ahead of you. If so, let the cast member know that you are willing to wait for multiple trains in order to be able to ride in the front. Trust me, the wait will be worth it. Before asking, make sure that your party size is within the limit. There is a strict limit of four people, no matter their age or size. If your group is larger than four, not everyone will be able to ride up front. 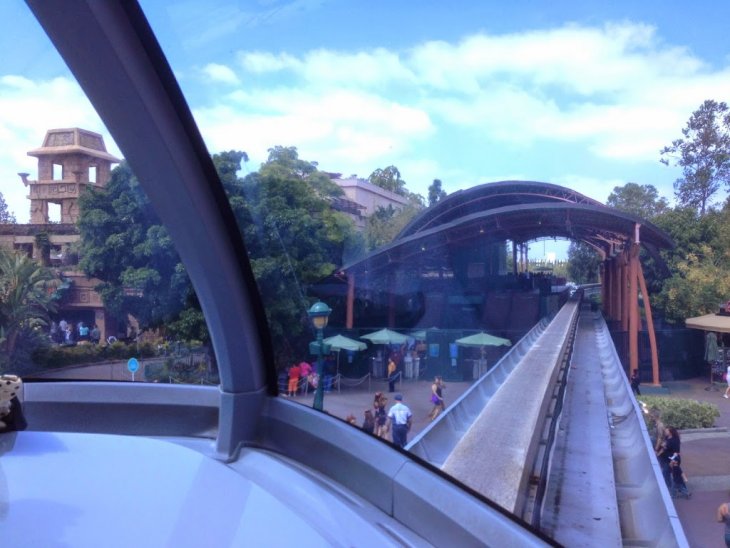 When given the green light from the Cast Member, make sure that wait in the spot where you are directed to. Wait until the train arrives, and the cast member will check to see if space is available. If so, you will be directed into the front cab of the monorail. 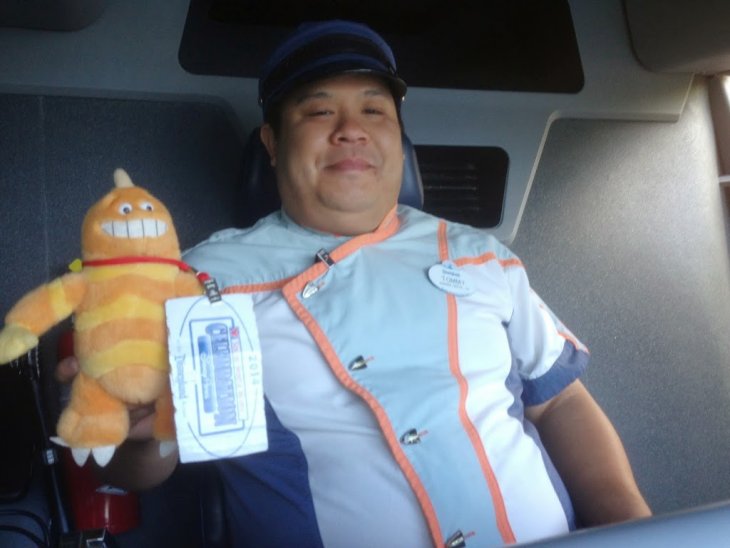 Want to boost your chances of riding in the front quickly? Ride during non-peak times, For example, the monorails generally are full to capacity at park opening and closing times, but not many people go to the parks in the middle of the day. Off-peak times offer the best opportunity for a prompt ride in the monorail’s front. Then sit back and enjoy the ride and one of the best views in all of Disneyland.