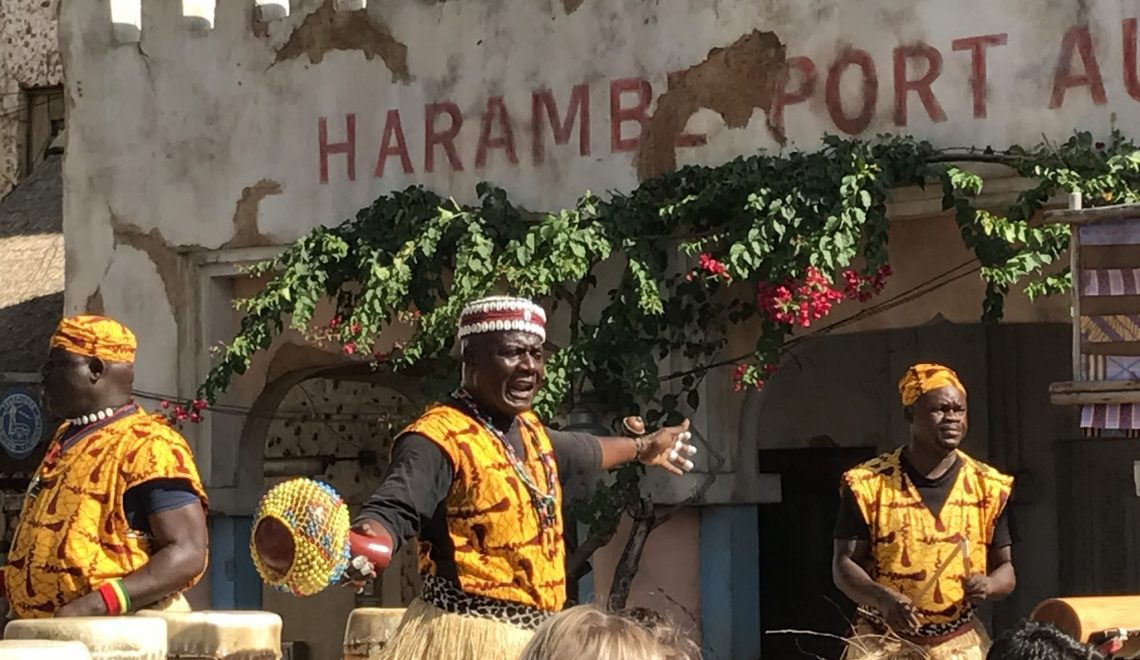 Disney’s Animal Kingdom might just be my favorite of all the parks at the Walt Disney World Resort. Last week while Gayle was attending the Disney Social Media Mom’s Celebration 2017 I spent a fantastic day exploring Animal Kingdom and came away with these 7 reasons, among many others, to love this park.

It’s A Jungle Out There! Unlike the other parks at Walt Disney World, Animal Kingdom feels lived in and a bit messy and rundown. Of course this is all due to Imagineering at it’s finest but the effect is genuine and all encompassing. When you walk in the park you literally step into a jungle filled with amazing sights and sounds and smells. You first enter Discovery Island which serves as a hub to the park and from there you can go to Africa, Asia, or DinoLand U.S.A. Animals are everywhere. Birds abound, trails are everywhere filled with unexpected close up encounters with monkeys, apes, tigers, rhinos, hippos, elephants and hundreds of others. This is one of the best rides in any Disney Park. You get to climb aboard an open truck with an incredibly knowledgable driver/guide and cruise through multiple African environments observing dozens of animal species in their natural habitats. You can see lions, giraffes, elephants, rhinos, crocodiles, hippos, zebras and many, many more. And if you like the Kilimanjaro Safari you can go on the Wild Africa Trek, a three hour privately priced tour that goes into much more depth. I’ll be writing about that later. It’s incredible! Festival Of The Lion King It’s time for perhaps the most colorful of any Disney live action show. The Festival of the Lion King includes Simba and company along with a fantastic group of performers singing and dancing their way through many of your favorite Lion King numbers. Expedition Everest is among the best coaster style rides Disney Parks have to offer. You get to climb into the Himalayas on a rickety coaster winding up the slopes of Mt. Everest while in constant danger from the Yetis who are prone to tearing up the tracks on which your coaster rides. Not for the faint of heart! This is another thrilling ride located in DinoLand U.S.A. where you get to ride a time traveling vehicle deep into the Cretaceous on a mission which has been commandeered by a renegade scientist for his own purposes while in danger from the massive meteor strike that ended the dinosaur era. I hope we make it out alive! The Disney love of water and light and projected images started with Fantasmic, upped the ante with World Of Color at Disney’s California Adventure and now takes it up about a dozen notches with the incredible Rivers Of Light. This is a breathtakingly beautiful fusion of light, water, and sound celebrating the natural world and everything that lives within it. This is a must see attraction! I feel like I’ve barely scratched the surface. There’s so much more to see and experience. When you visit Walt Disney World be sure to give yourself plenty of time to experience the wonders of Disney’s Animal Kingdom.