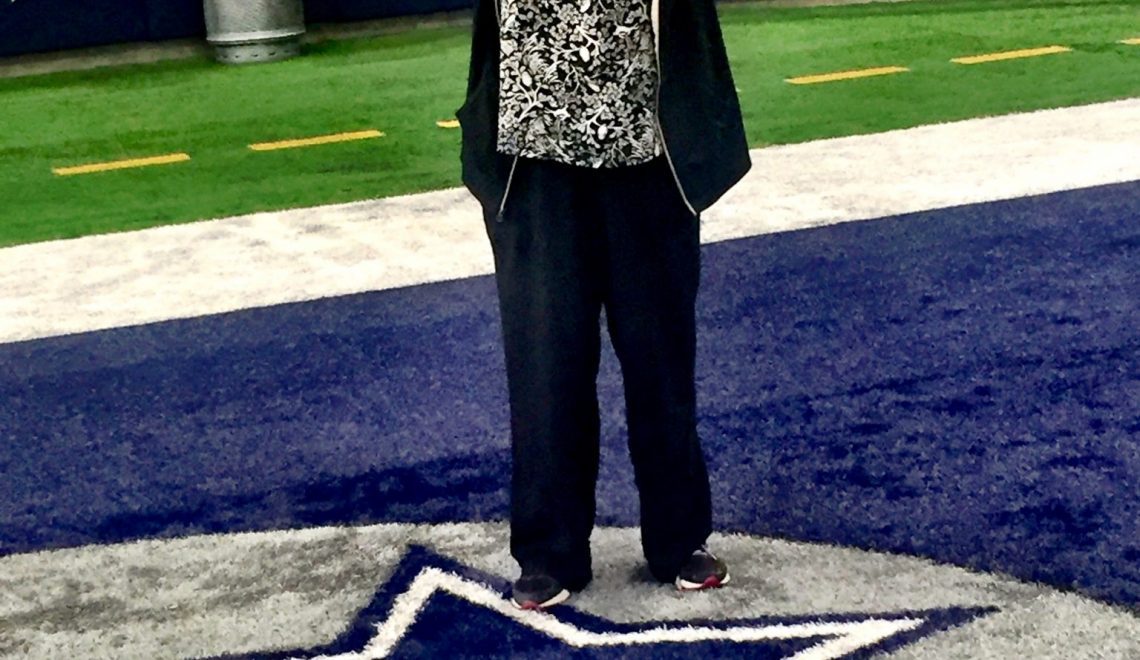 Everyone knows that everything is bigger and better in Texas, especially if you happen to be in Grapevine, Texas. From the southern hospitality that you are welcomed with to the wealth of activities that await you, a few months ago, the people of Grapevine captured my heart and will be with me for many years to come. It took a lot for this 49er faithful born and bred in Northern California to step foot onto the Dallas Cowboy soil but I did just that, as well as try out some of the other sporting venues while I was there. Here are my five favorites sporting fun that you cannot miss the next time you’re in Texas. If you know anything about football, then you know of the long standing rivalry of the San Francisco 49ers and for this die-hard 49er fan to suddenly find herself standing in the heart of Texas, AT&T Stadium home to the “enemy” well, it took a lot of convincing leading up to it but within minutes, they had converted me with their pure love of the game, but more so, their pure love, commitment and respect of their fans. My first thought that our VIP treatment was because we were there as part of the Travel Media Showcase but I quickly learned, every visitor gets the VIP treatment when you in the home that Jerry built. Let’s start off with it’s big….it’s really, really, really big. Did I mention that it’s really big and not just big but ginourmously big just like everything in Texas? The first thing I discovered is that AT&T Stadium is more than the home of the Dallas Cowboys, it’s a world of facts and figures about the world’s largest domed structure, an art museum, a classroom. The things you can do inside AT&T Stadium are endless, and with AT&T Stadium Tours, you can experience them all. AT&T Stadium offers tours that will appeal to people of all interests and ages, and tours are available daily. Take an afternoon to throw the ball on the field or admire the works of art displayed throughout the stadium. With AT&T Stadium Tours, there is something for everyone. Our tour started with a stroll around the entire stadium, visits to the owner’s box, trying out the seats at many of the different levels, and I can assure you there just is not a bad seat in the house all wrapped up in fascinating tidbits of information along every step of the way.

The one thing that is apparent is that the people that work there are not merely employees, but they feel like family and the pride for AT&T Stadium and the Cowboys and what they do shines brighter than the star of Texas. Did you know that one of the most unique features of AT&T Stadium is its collection of museum-quality contemporary art, which wonderfully enhances the iconic architecture of the building? Art enthusiasts and sports fans alike can expect to be dramatically impressed by the intellectually penetrating works of these esteemed artists. If you’re an educator like I am then you have to take advantage of AT&T Stadium world’s largest lesson plan. You can actually arrange for AT&T Stadium to do the teaching as students have an educational experience of a lifetime. Talk about the ultimate field trip! Along the way we found ourselves in the locker rooms of the Dallas Cowboy Cheerleaders and then the Cowboys themselves and then it was through the tunnels where we found ourselves on the 50-yard line. To know that you are standing on the hallowed ground of America’s team and running around and throwing a football on the field of the Dallas Cowboys-this 49er fan was sold! Whether you’re a football fan or just love learning about incredible architecture and history, put AT&T Stadium at the top of your list. Located right across the parking lot from AT&T Stadium sits the beautiful home of the Texas Rangers Baseball team, Globe Life Park. First opened in the Spring of 1994, the retro-style stadium has played host to two World Series Championships and the 1995 All-Star Game. If you’re a baseball fan, then touring this masterpiece is a must. You’ll be able to have an up close and personal look the most exciting behind-the-scenes areas of the ballpark including batting cages, press box, City of Arlington Suite, dugout, and much more. As long as you’re in the neighborhood, make it a football and baseball kind of day and tour both of this state of the art facilities-just make sure you have on your comfortable walking shoes. Do you ever feel the need for speed? Ladies and gentlemen, start your engines! Take the green flag for a high-speed visit to one of the world’s largest and most modern sports and entertainment facilities, Texas Motor Speedway. Speedway tours include a stop on the luxury suite level. With a crowd capacity in excess of 190,000, Texas Motor Speedway is among the largest sports stadiums in the United States and features an array of amenities, including the world’s largest, high definition LED video board, that make it one of the premier venues in the world of sports. Known as “The Great American Speedway!” the 1.5-mile superspeedway located in Fort Worth plays host to two races in the NASCAR Sprint Cup Series, XFINITY Series and Camping World Truck Series as well as one the Verizon Indy Car Series. The attendances for the NASCAR Sprint Cup events since the facility opened in 1997 annually rank among the nation’s largest sporting events and also are the largest-attended, single-day sporting events in Texas. We were treated to an up-close look at the expansive facility with a tour of The Speedway Club, luxury suites, media center and finish with the traditional visit to Sunoco Victory Lane. Our day finished up with laps around the high-banked, 1.5-mile speedway in an official Texas Motor Speedway Chevrolet SS pace car. If you have ever dreamed of the checkered flag waving you in as you cross the finish line then this is your dream come true. There is nothing in the world that compares to racing around the track with speeds in excessive of over 100 miles an hour, and the best part is, when you’re actually in the car, you have no sense of just how fast you’re moving. It’s when you’re standing along the track watching your friends race past you that it really sinks of what world-class drivers get to experience during a race. Put this on your Wish List of things you must experience for yourself. Inspired by excellence, an innovative golf and entertainment experience awaits you. Etched into the rolling hills of Grapevine, Texas, Cowboys Golf Club is distinguished as the first and only NFL-themed golf club in the world, and one of the region’s only all-inclusive world-class resort golf properties. The club is open to the public seven days a week for golf, dining, hospitality and private events, ranging from weddings and golf tournaments to corporate outings, fundraising galas, business meetings, holiday parties and other special occasions. Whether you’re looking for a day of golf or that perfect venue for you’re next special event, the Cowboys Golf Club has what you’re looking for. Looking for a place that the entire family can enjoy? Then Round 1 has what you’re looking for and more. Billed as a state-of –the art in amusement and entertainment, until spending a few hours at Round 1 located at the Grapevine Mill, I had no idea that you could pack so much fun all under one roof. This multi-entertainment activity complex offers bowling, arcade games, billiards, darts, ping pong, food and drinks in a variation that I have never before experienced all in one place. From the squeals of delight heard throughout the arcade where you never have to wait to play a game to their Cosmic bowling that enables you to bowl in cool cosmic lights to the sounds of great music and also allows you to prove that yes, you can bowl, even if you’re on crutches, the best in all around family entertainment can be found at Round 1. Whether you are a sport fanatic or just looking for something fun and unique to do with the entire family, look no further than Dallas/ Fort Worth and Grapevine Texas where a warm welcome and southern hospitality is waiting for you along with a sport’s lover’s dream-even if you are a 49er fan.

Disclosure: I was hosted by the Grapevine Visitor’s Bureau as part of the Travel Media Showcase but the thoughts and opinions expressed here are 100% my own.