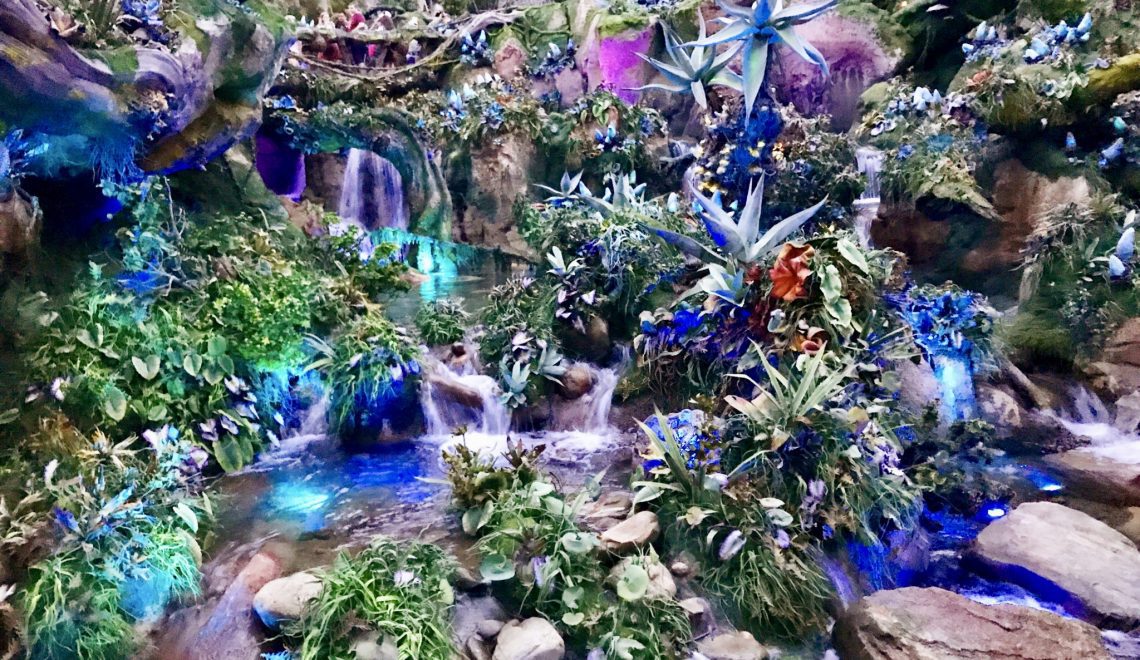 Walt Disney once said “Around here, however, we don’t look backwards for very long. We keep moving forward, opening up new doors and doing new things, because we’re curious… and curiosity keeps leading us down new paths.” Never is that more evident than by looking at the ever changing, ever evolving Disney Parks both here in the US as well as internationally with the addition of Shanghai Disneyland.  Being a part of the  Disney Social Media Moms Celebration means that you are not only surrounded by the magic that is Walt Disney World, but that you are also treated to special sneak peeks and glimpses as to what’s coming to the Disney Parks later this year and in our case, being the very first to see Rivers of Light, a brand new nighttime spectacular which is now playing on selected nights at Disney’s Animal Kingdom at Walt Disney World.  From the Pandora-The World of Avatar to an all new “Happily Ever After” fireworks showing debuting at the Magic Kingdom to the Guardians taking over the Galaxy at Disney’s California Adventure Park at the Disneyland Resort, here’s out top 5 favorites of what coming to the Disney Parks. Now showing on selected nights at Disney’s Animal Kingdom, we were the first to see Rivers of Light a new nighttime show that took us  on a magnificent journey with a mix of water, fire, nature and light choreographed to an original musical score. Continuing the park’s transformation from a day-into-nighttime experience, the amazing after-dark experience on the banks of Discovery River celebrates the majesty of nature and the connection between animals and humans in the world.

Pandora – The World of Avatar We were lucky enough to see the model and artist renderings for this all new land and never have I been so excited for something to open since Cars Land opened at Disney’s California Adventure Park.  Pandora-The World of Avatar will transport guests to a mystical world of bioluminescent rainforests, floating mountains and soaring Banshees. In collaboration with filmmaker James Cameron and Lightstorm Entertainment, Disney is bringing to life the fantasy world of Pandora, inspired by Cameron’s epic film AVATAR. Guests will discover two main adventures in this breathtaking new land. Avatar Flight of Passage, sending guests flying above the jungles of Pandora on a Mountain Banshee. Na’vi River Journey is a family-friendly boat ride that sails down a sacred river hidden within a glowing rainforest for an unforgettable encounter with a Na’vi Shaman.

Hungry adventurers can recharge at Satu’li Canteen, the main dining location, or Pongu Pongu, a drink kiosk with a design as eclectic as its expat owner. Shoppers can stock up on Na’vi cultural items, toys, science kits and more at Windtraders. As is the story telling tradition of Disney, get ready to  be treated to the most spectacular fireworks display in the park’s history with a brand new show called “Happily Ever After.” Featuring more lasers, lights and projections than any Magic Kingdom Park show before it, “Happily Ever After” will take guests on an inspiring journey filled with heart and humor. Cinderella Castle itself will become part of the story, with dazzling projections bringing more than 25 heartfelt Disney stories to life on and around the iconic castle. The 18-minute spectacle will feature moments from beloved Disney films such as “The Little Mermaid” and “Aladdin,” as well as modern blockbusters “Moana” and “Zootopia.”

“Happily Ever After” will be presented nightly. Show times vary based on park hours. Rouge One: A Star Wars Story For the ultimate Star Wars fan comes the ultimate experience: the all-new Star Wars Guided Tour. Guests are treated to a seven-hour immersion with character greetings, themed dining, attraction experiences, insider’s tours, a dessert party and VIP viewing of Star Wars: a Galactic Spectacular. Offered for an additional fee, the tour is available Mondays and Saturdays and can be booked at DisneyWorld.com. And coming later this year, Disney’s Hollywood Studios guests will be immersed in new scenes from “Star Wars: Episode VIII” while onboard the Star Tours – The Adventures Continue attraction. The 24th annual Epcot International Flower and Garden Festival kicks off March 1 and is bigger and better than ever running  through May 29. Now you  can sip and savor your way around Epcot enjoying new Outdoor Kitchens while taking in the sights of phenomenal topiaries designed after Disney characters.

Anna and Elsa topiaries will enchant the landscape at the Norway Pavilion in celebration of the new Frozen Ever After attraction, while colorful gardens will line the path to The Land Pavilion where guests can discover Soarin’ Around the World. The favorite attraction now takes guests to new heights with scenes from Sydney, Australia, the Great Wall of China and other destinations around the globe. The highly anticipated  newest family attraction at Disney’s Typhoon Lagoon Water Park, splashes onto the scene this March. Climb aboard this family-style raft adventure, guests will be immersed in the story of Captain Mary Oceaneer. Legend holds that this treasure hunter roamed the seven seas in search of undersea artifacts – until a rogue storm marooned her at Typhoon Lagoon.

Here you can gently ascend to the top of the attraction in treasure rafts, only to plunge into a whitewater adventure where they will encounter some of Mary’s deep-sea treasures. When it opens, Miss Adventure Falls will be one of the longest attractions (2 minutes) at Disney’s Water Parks. Board an iconic paddleboat at Paddlefish, which offers guests a delectable menu of fresh seafood, steaks and chops for lunch, dinner and a Sunday brunch. A new rooftop lounge serves up a late-night menu as well as fantastic views of the water and Disney Springs. Dine amongst the stars at  the newly reimagined restaurant serves up a new menu that includes amazing burgers and sandwiches created by celebrity Chef Guy Fieri, and craft cocktails whose names are inspired by the planets and space travel. Movie memorabilia, video screens, contemporary music and themed merchandise complete the scene. Guardians of the GalaxyMission: BREAKOUT! 

Get ready, the Guardians are back for a mission of galactic proportions.  Guardians of the GalaxyMission: BREAKOUT! will take guests at Disney California Adventure park through the fortress-like museum of the mysterious Collector, who is keeping his newest acquisitions, the Guardians of the Galaxy, as prisoners. Guests will board a gantry lift which launches them into a daring adventure as they join Rocket Raccoon in an attempt to set free his fellow Guardians.

The epic new adventure blasts guests straight into the Guardians of the Galaxy story for the first time, alongside characters from the blockbuster films and comics. As guests join Rocket in his attempt to bust his pals out of the Collectors Fortress, theyll experience randomized ride experiences complete with new visual and audio effects and music inspired by the popular film soundtracks With so much new magic awaiting just for you, isn’t it time you visited the Walt Disney World Resort or the Disneyland Resort? There’s a world of new memories waiting to be made for you and your family. 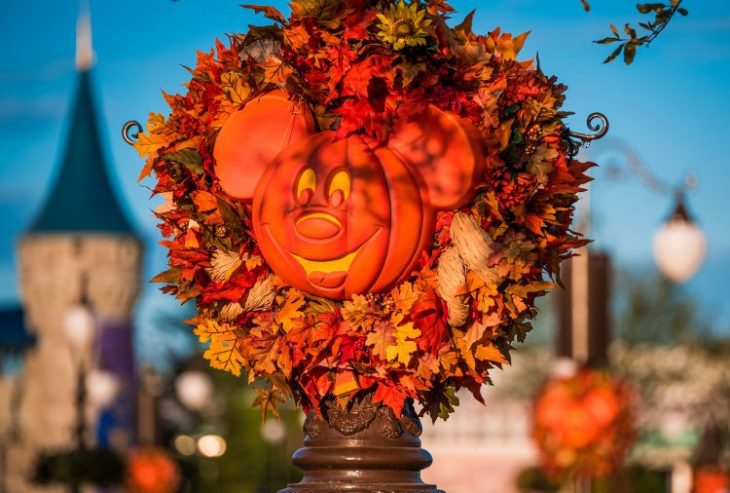