Coming from Sonoma County, Charles Schulz and the Peanuts gang are a part of who we are. From Snoopy’s Home Ice to the Charles Schultz Museum to seeing Sparky eating lunch each day at The Warm Puppy or taking to the ice for a pick up ice hockey game, it’s part of life here.

So when my son was born at 28 weeks and was just under 3 pounds and only 12” and there were no baby clothes that would fit him, I did what any Sonoma County native would do-I headed over to the gift shop at the ice arena and bought out their supply of outfits for the plush Snoopy. I must say I had the best-dressed son in the NICU. One day he was casual in his jeans and red hoodie and the next day he was a firefighter-all because Snoopy and Belle had the best fashion around. It was from those early outfits from Snoopy and Belle that an entire fashion industry was born and even though it’s many decades later, the love for Snoopy and Belle and the clothes they wear never goes out of style.

Earlier this week, I had the unique opportunity to talk to Jill Schulz, daughter of the late creator of Peanuts, and Melissa Menta, about the latest incarnation of the “Snoopy and Belle In Fashion” traveling exhibit. “Snoopy & Belle in Fashion” is a completely contemporary reimagining of the inaugural “Snoopy in Fashion” project, which debuted in 1984 with such diverse designers as Karl Lagerfeld, Jean-Paul Gaultier, Thierry Mugler, Oscar De La Renta, Giorgio Armani, L.L. Bean, Bob Mackie, and Sonia Rykiel. The show premiered at The Louvre, and went on to tour The L.A. County Museum, and throughout Europe and Asia, and inspired both paperback and hard cover art books. Talking to Jill was like going down memory lane reminiscing about shared memories of our days skating here and the annual ice shows and the fact that thanks to her dad, our costumes were unlike anyone else’s and how her early passion for skating and continuing the legacy of Peanuts through her producing the Snoopy themed shows at such theme parks as Paramount’s Great America and Knott’s Berry Farm have continued throughout the years.

And being able to listen to Melissa Menta, who is Senior Vice President of Marketing and Communications for Peanuts Worldwide LLC, and the producer of the Snoopy and Belle In Fashion Exhibit, speak to just how the fashion of Peanuts was turned into a very unique and special museum exhibit that has traveled the world since 1984 made me smile just a little bit more, knowing that once again our “hometown guy” had touched lives in so many different ways.

Melissa shared how the exhibit first came to be. “We’re really proud of this exhibit. It’s a reimagination of an exhibit that first premiered in 1984. A woman who was in charge of spearheading Peanuts merchandise in Japan went to Charles Schulz, or Sparky as he was called, and asked if she could do this exhibit. He said “yes” and she pulled off this amazing feat of getting all the major designers in the world to design outfits for Snoopy and his sister Belle. The original exhibit was called “Snoopy in Fashion.” They were plush dolls dressed by famous designers like Chanel, Betsey Johnson, and everyone you could possibly imagine. Those dolls have been traveling the world ever since. In 2014 we decided to reimagine the exhibit and got all new designers plus some from the original exhibit. Since then, we’ve been showing the exhibit around the world and adding new designers. There were 25 designers in 2014, but the current exhibit on display at the Beverly Center in Los Angeles has close to 50 sets of dolls representing almost 50 designers. The new dolls in LA come from designers like Rachel Zoe and Academy Award winner Colleen Atwood.”

Melissa explained that some of the designers like Betsey Johnson and Diane Von Furstenberg were part of the original exhibit. Other designers we knew had an affinity for Peanuts. We went about it in a really fun way by inviting the designers to participate via an interactive iPad. As far as the process itself, the various designers are allowed to do whatever they’d like. The only rule is that they can’t use real animal fur. They then sketch something and design the looks from there. Another thing Melissa spoke to was that one of the interesting things about Peanuts is that it speaks to people in different ways. Whether you go to an amusement park or see the Peanuts movie, but it’s also a fashion brand. If you talk to people in Europe, they see Peanuts as a fashion brand so this is a new way of showing Peanuts to be fashion-forward and allowing people to enjoy the characters.

Many of the designers have infused themselves into their designs and in fact, several of the dolls actually look like the designers themselves. When J. Mendel came to the exhibit in 2014 there was a photo taken of him next to his Snoopy doll and it’s amazing that the same doll can be given such a unique look and personality as to match the designer. Betsey Johnson’s doll oozes her personality. The designers Costello Tagliapietra are a team of two men and look exactly like their dolls. Melissa said that it had been a lot of fun to see how much fun the designers are having and they get so excited to see the finished product, especially alongside the other designs. Academy Award-winning costume designer Colleen Atwood who did was responsible for the costumes of Disney’s Alice in Wonderland dolls look exactly like Johnny Depp’s Mad Hatter from that film. The cloth used on Snoopy is from Depp’s original costume. For Belle, Colleen created a dress reminiscent of Memoirs of a Geisha.

Jill also shared what she thought her dad would think of the exhibit. “I know he would love it. My Dad never liked to travel. He always said, “I’ll go anywhere as long as I can be home by noon.” So it was a great feat when he traveled to Paris to see the original exhibit at the Louvre in 1984. It was a testament to his interest and respect for what these designers were doing with their talents in relation to his characters. There were many other times when he was going to be traveling overseas and would change his mind within 24 hours of leaving and not go. But the 1984 trip was one he looked forward to. He always had great respect for all people, their art, and entertainment. “

And with so many great designs to choose from, does Jill have a favorite? “There are so many great ones and I like them all for different reasons. Out of the memories of the 80s, living in LA and wearing Betsey Johnson all the time, I gravitate towards her designs more. So I would say Betsey Johnson just out of loyalty, but they’re all so great. It’s hard to have a particular favorite.”

Melissa was quick to add, “Jill makes a really good point about Betsey. She was part of the exhibit in 1984 and 2014, and when Twentieth Century Fox was preparing for the premiere of the Peanuts film, they asked me who would be good to create a look for Lucy that they could animate for the red carpet. Like Jill, I said “Betsey Johnson.” It was a no-brainer. She’s a special friend to Peanuts.”

So just what happens to the dolls once the exhibit is over? The 1984 dolls are housed in Japan and Italy. The 2014 dolls don’t have a home yet because they’re traveling so much. After the US tour, they’ll be taking the exhibit abroad again. All the 2014 designers have their own set of dolls as well.

“Snoopy & Belle in Fashion” brings its couture style home to the U.S. in 2017 for a multi-city tour that launched on February 14 at the Beverly Center in Los Angeles and culminates in the fall in New York City during New York Fashion Week. The 2017 U.S. tour will see the premiere of all new one-of-a-kind creations in every city, displayed via on-trend vinyl Snoopy and Belle dolls, by designers who ingeniously capture the unique style of their region. In Los Angeles, Oscar-winning Costume Designer Colleen Atwood (Fantastic Beasts and Where to Find Them), Actress-Dancer Jenna Dewan Tatum x Danskin (Step Up) and Designer and Stylist Rachel Zoe (Editor-in-chief of digital style destination The Zoe Report) will debut their exclusive looks for the dolls.

A new Snoopy and Belle in Fashion app will guide visitors through the exhibit and provide insider information about the history of the brand and the designers. A directory within the app also allows fans to navigate locations within the Beverly Center where customers can purchase Peanuts product, as well as the designers’ wares.

The exhibition will visit the following cities:

Make sure you take the family to see the “Snoopy and Belle In Fashion” exhibit when it comes to a city near you. Happiness is a well dressed Beagle! 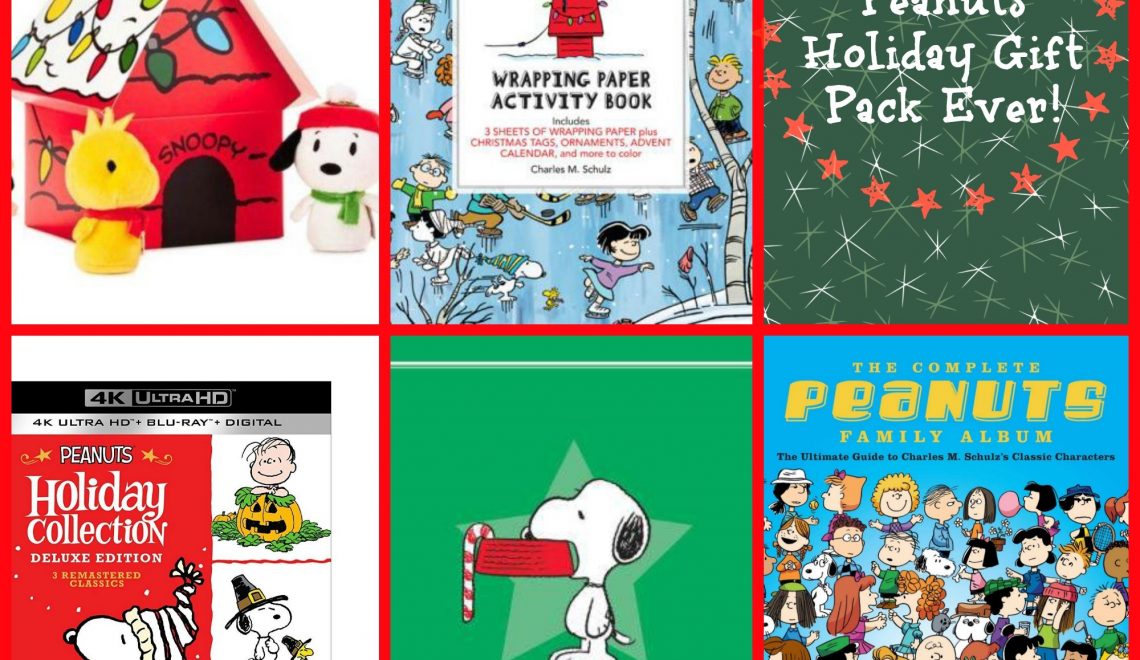 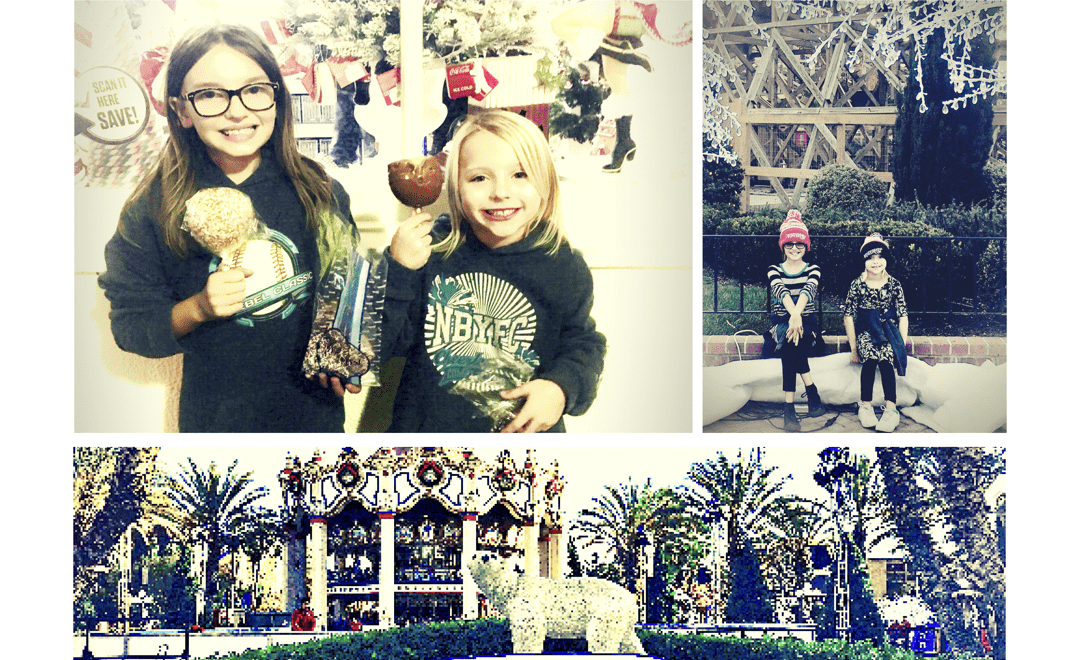 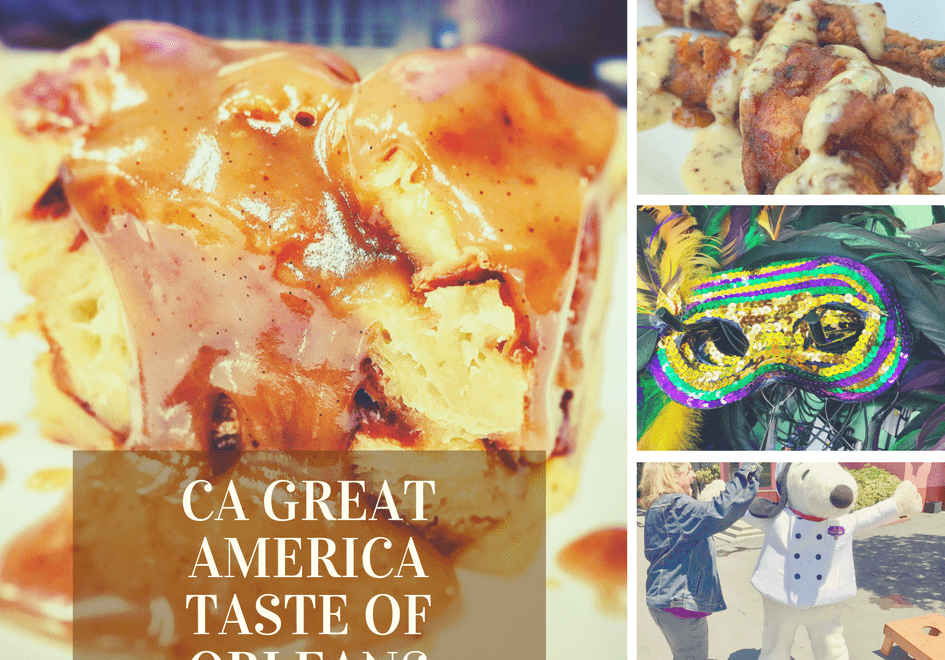 Food, Fun, And Festivities Are Waiting For You At California’s Great America #TasteOfOrleans