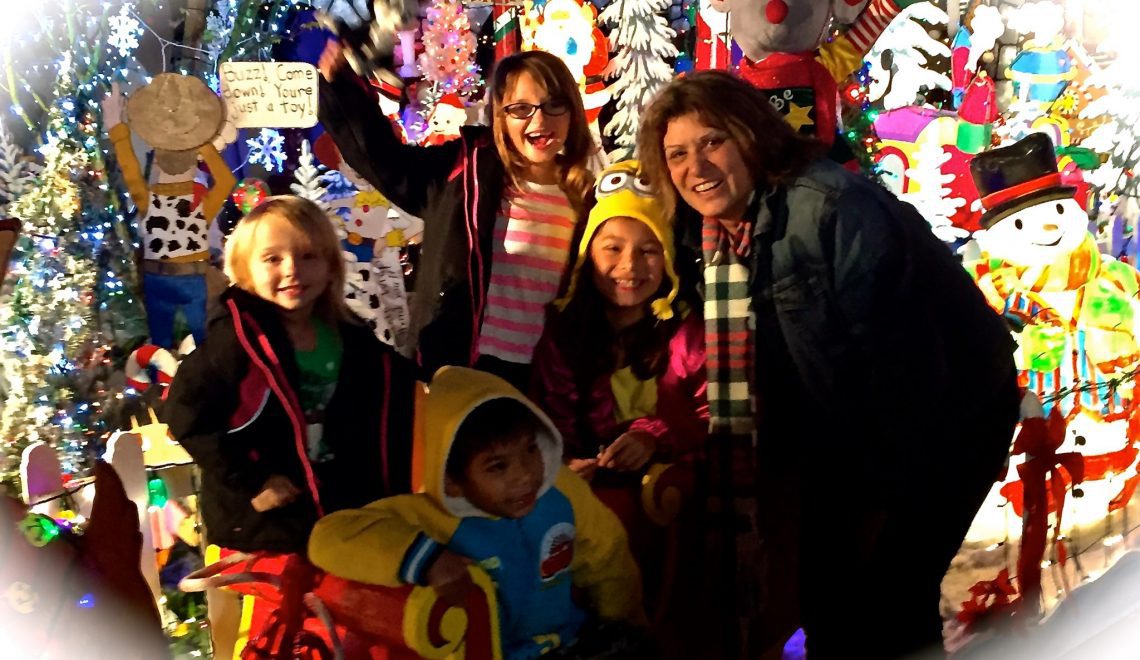 Northern California is known for many things- The Golden Gate Bridge, Sourdough French Bread, as the gateway to Wine Country, Luther Burbank, and Charles Schultz and the gang from Peanuts. But at Christmas time, Northern California, specifically Rohnert Park up in Sonoma Country, in known for one thing and one thing only- the Weaver Winter Wonderland.  Haven’t heard of the Weaver Winter Wonderland, otherwise known in our neighborhood as the Disney Christmas House?   Two years our hometown holiday favorites, Weaver’s Winter Wonderland was featured on and won ABC’s “The Great Christmas Light Fight.”  But this year when the lights go on it will be bittersweet as Weaver has announced that this will be the last time The Weaver Wonderland will illuminate the neighborhood but for now, Weaver still insists that the most spectacular part of it all is, Weaver does it all for the children, and to see the happiness on their faces. 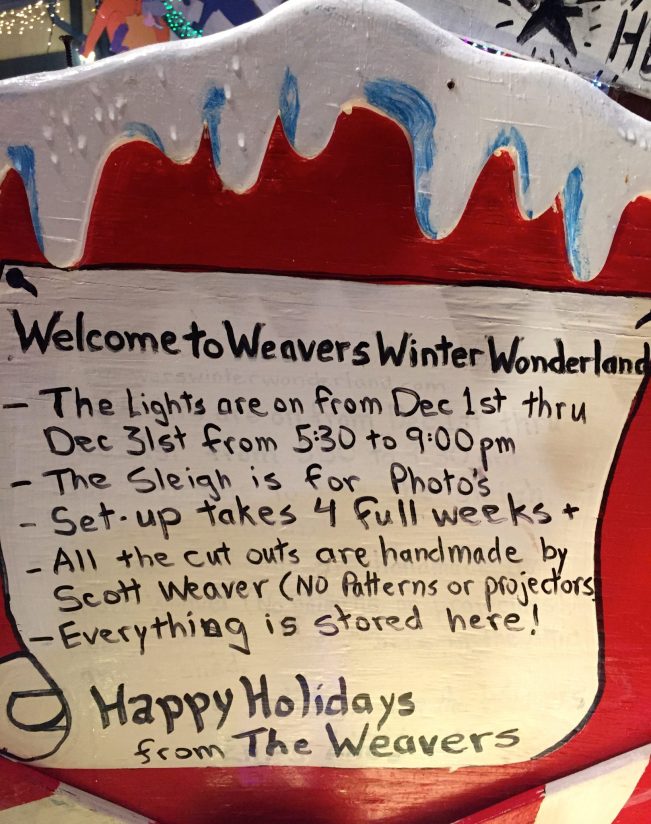 Weaver developed a passion for Christmas and decorating that goes back to the early 90s. Each year his light display grew bigger and bigger. When his passion finally outgrew the Weaver house years ago, it started migrating to the homes of neighbors. On a nearby lawn, the “Island of Misfit Toys” are displayed. The Abominable Snowman towers higher than one neighbor’s home.  Jessica Rabbit poses on another next-door lawn.  Weaver looks forward to creating his work of art all year, like a kid waiting for Christmas morning.  However, things don’t really get serious until the fall.  “I usually start in the first week of October with planning what to do for new neighbors or maybe adding a new display for someone,” Weaver said. “Over the years we’ve added new cutout displays — like Mr. Magoo, Spongebob, and the Smurfs.” 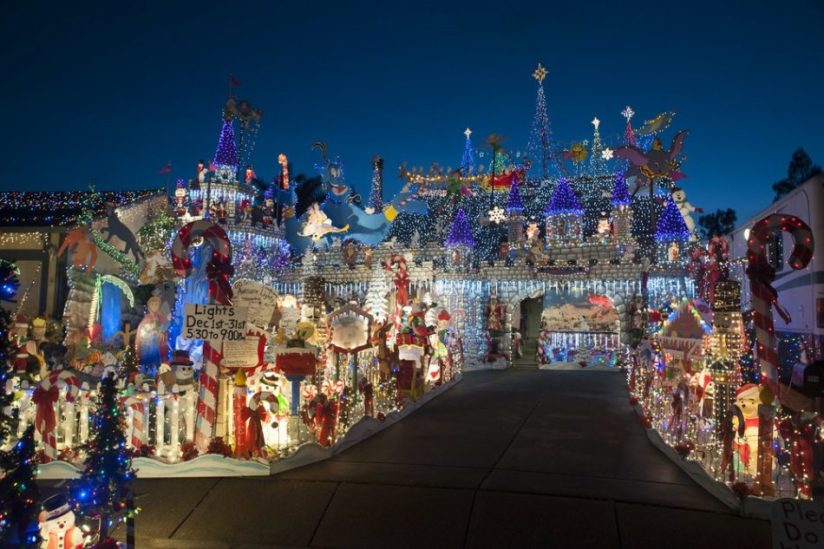 “One of my neighbors really wanted to add the Smurfs because her kids and grandkids really liked the Smurfs so I made them for her.” This year, in keeping with the “Frozen” phenomenon sweeping the nation, visitors will find a giant Queen Elsa and Anna as one of the featured centerpieces. Also incorporated into this holiday spectacular are trees from his mother that she worked on as she was going through chemo, his beloved dog complete with her actual dog collar and ashes mixed into the paint used on her life sized cutout as well as a complete Lion King display as a tribute to his father who helped guide Scott back on his journey of life. Always a man of giving back to the town that has been so good to him, Scott  puts out a donation box with the proceeds helping to keep many of the high school programs that have gone by the way of state budget cuts. 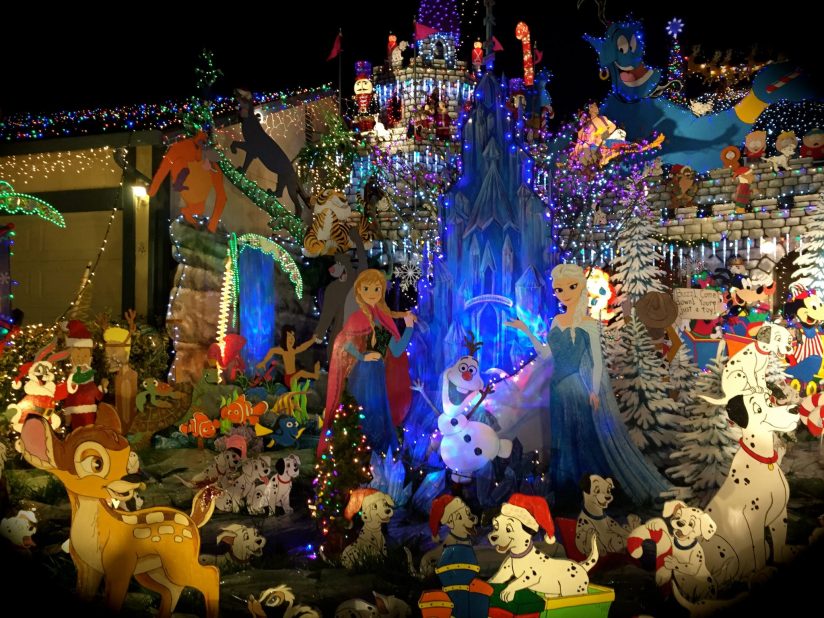 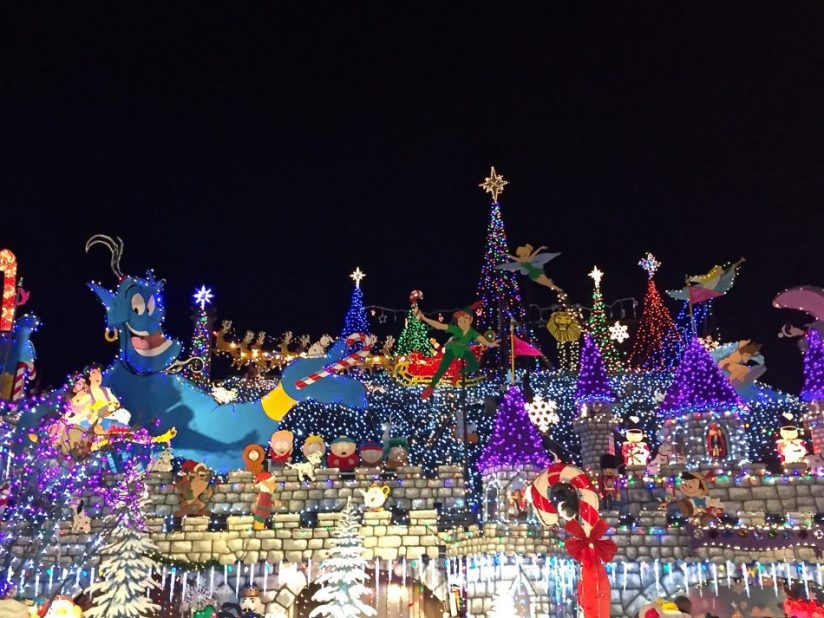 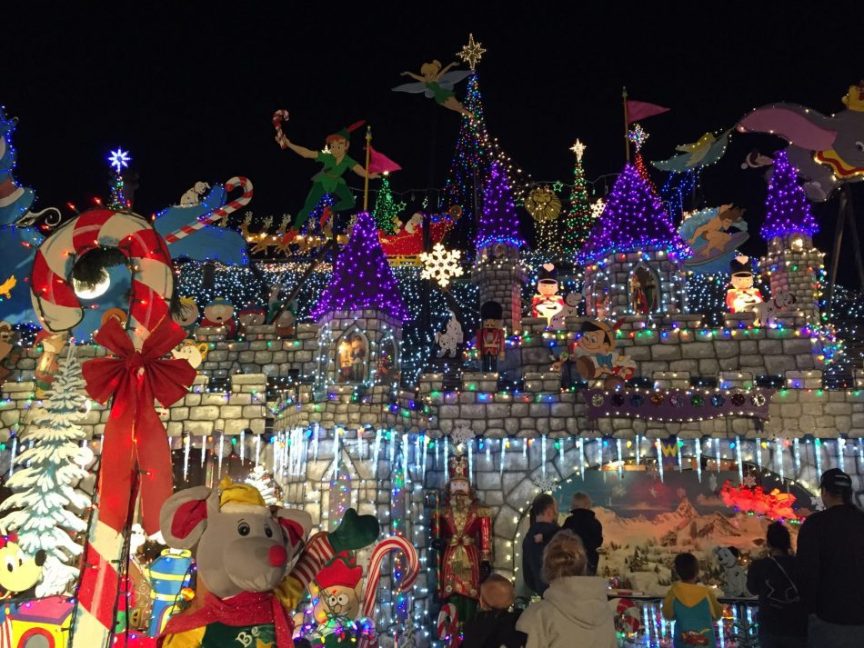 It typically takes a full month of eight-hour days to pull the many handmade plywood figures and other props from the attic, assemble and secure them in place, get the mechanical features such as the carousels and a waterfall working, set the lights and fill the bubble-maker, and make the legions of final adjustments. 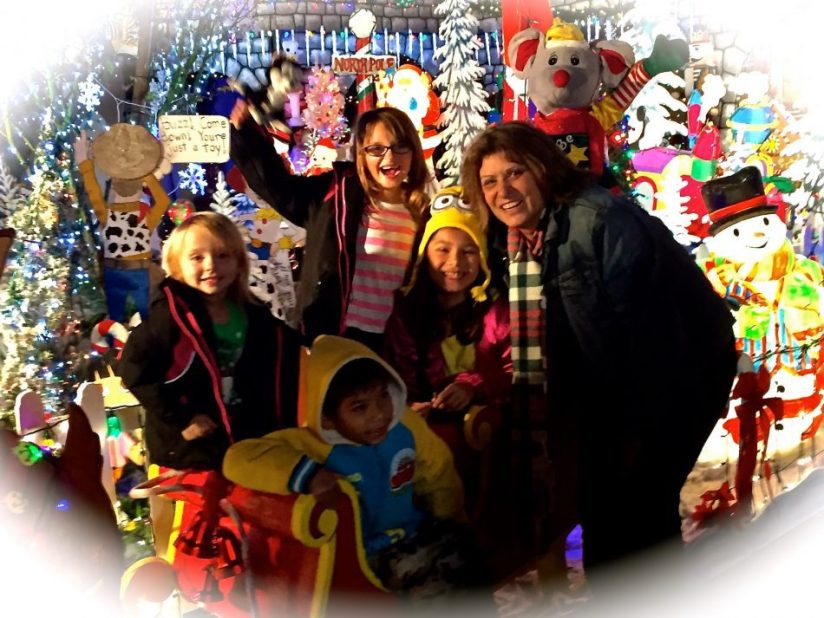 Now it’s not just my children that giggle in delight each year as we pull into the court to start our holiday, but it’s the grandkids squealing with delight, taking their own pictures and creating their own lifetime of memories. I asked Scott what drives him and his family what drives them to take on this enormous labor of love each year.” It’s powerful and magical to watch a kid behold his Christmas castle and to see the awe and wonder light up his or her eyes.” As one grateful mom and grandma, thank you Scott Weaver and family.  You have certainly brought the magic of Christmas to our family and thousands of others. Thank you Weavers for making the magic of Christmas come alive for my family through the generations.  You will always hold a magical place in our hearts and memories.