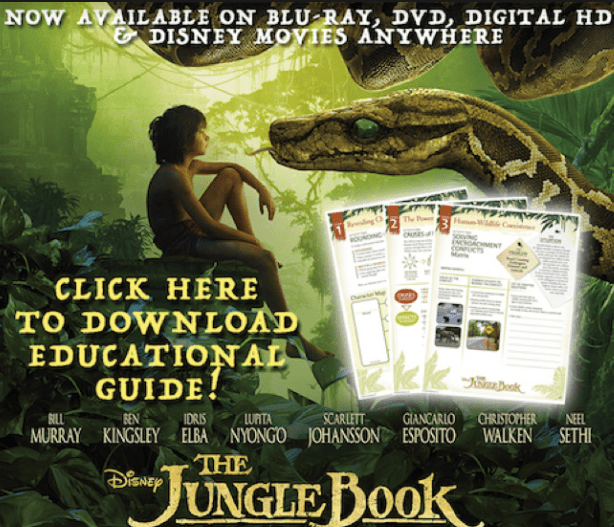 As an educator and as a parent, I am always on the lookout for things to use both in my classroom as well as at home that will spark a child’s imagination and incorporate a favorite movie that serves as a jumping off point that motivates them to want to know and no movie is a better fit for that than Disney’s The Jungle Book, available today so that you can relive the magic of this classic tale.

And as an extra bonus, to go along with the release of Disney’s The Jungle Book, we have this exclusive educational learning guide that you can download for free right now to help you make the learning come alive. The Jungle Book Educator’s Guide includes nearly 50 pages of lessons and activities and introduces students to a variety of topics, including Animal Behavior and Natural History, Creative Writing, Causes and Impacts of Drought, Habitat and Ecosystems and more and can be used with the standards throughout the curriculum. The best part- it’s ready for you to download for free right now and start using right away-all you have to do is right-click on the image below and save it to your own computer.  Using the tales of Mowgli the man-cub and his friends and the ways of the jungle, you have the perfect combination to ignite a child’s sense of discovery and imagination and encourage them to want to go above and beyond and develop the critical thinking skills that are so necessary in life. The best part though that it shows them the learning can and should be fun, and at the end of the day, that’s the best kind of learning there is.

In this reimagined version of the timeless classic, Disney’s The Jungle Book, live action version of the story of the man cub come to life kept everyone mesmerized last April when it hit theaters by the never before seen stunning overall look and feel of the project that  blends live action and animation so seamlessly that it’s almost impossible to know where one starts and the other stops- it is just that real and introduced a whole new generation  to Mowgli, Baloo, Kaa, Shere Khan, King Louie and starting today you can can relive the tale and bring home Disney’s The Jungle Book on Blu-ray, DVD and Digital HD as well as Disney Movies Anywhere. 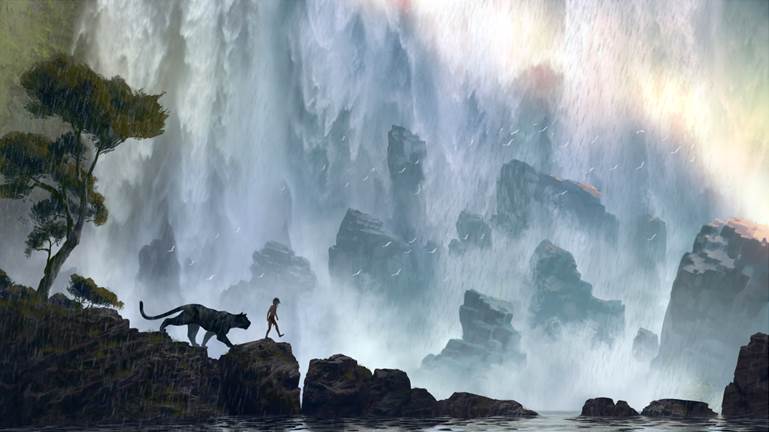 The all-star cast also includes Lupita Nyong’o as the voice of the fiercely protective mother wolf Raksha, and Giancarlo Esposito as the voice of wolf pack’s alpha male Akela. The Jungle Bookseamlessly blends live-action with photorealistic CGI animals and environments, using up-to-the-minute technology and storytelling techniques to immerse audiences in an enchanting and lush world. While at the same time keeping many of the parts we first fell in love with in the animated classic. I defy anyone, no matter what their age not to sing along and tap your toes when Baloo assures us that the bear necessities of life will come to you. 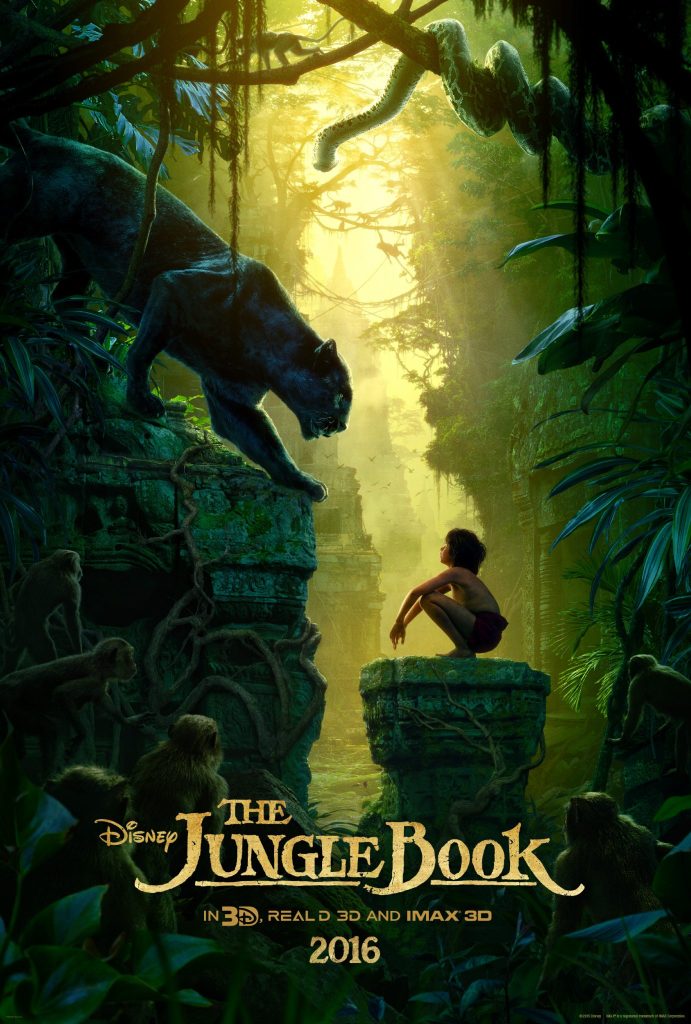