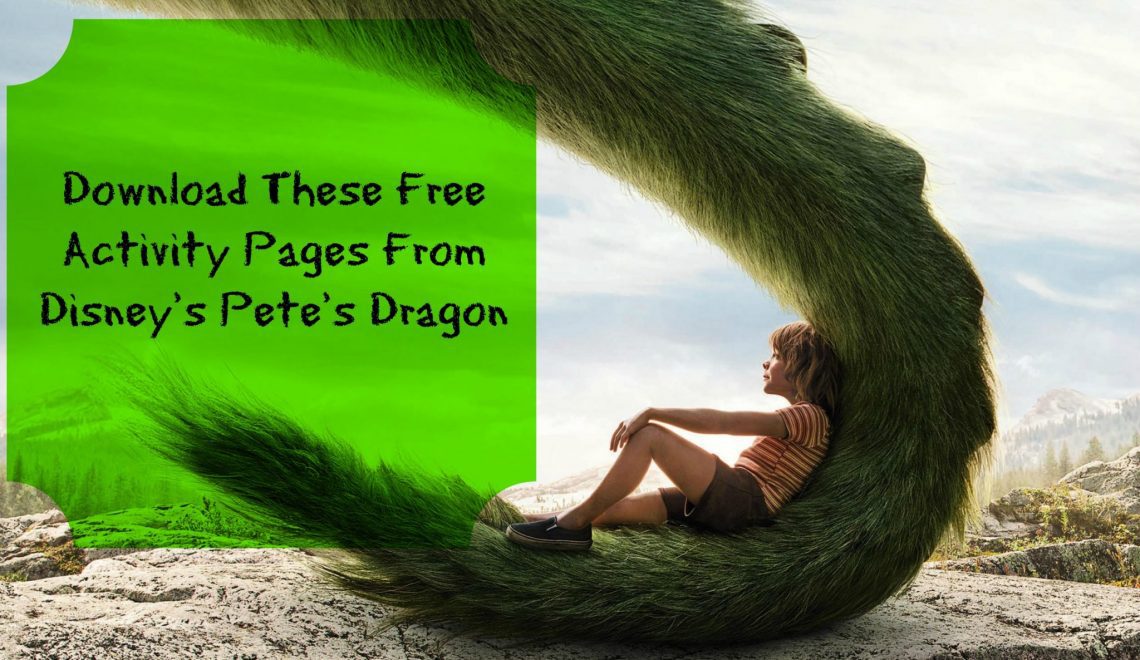 Now you can bring home the magic of Disney’s Pete’s Dragon  right to your own home with these fun coloring and activity sheets that will be huge hit with your family.  The best part they are all free and ready to download to your own computer and use right now!  Just right click and let let the gigantic fun begin. On August 12, relive the magic of Disney’s newly reimagined film classic Pete’s Dragon and rediscover for yourself why some secrets are too big too keep.

Pete’s Dragon tells the tale of the old wood carver Mr. Meacham brought to life by Hollywood icon Robert Redford, who for years delighted children in the sleepy town of Millhaven with his tales of the fierce dragon that resides deep in the woods of the Pacific Northwest.

To his daughter, Grace, played by Bryce Dallas Howard, who works as a forest ranger in these very woods, his stories are little more than tall tales until she meets Pete played by newcomer Oakes Fegley. Pete is a mysterious 10-year-old with no family and no home to speak of, who claims to live in the woods with a giant, green dragon named Elliot, and from his descriptions, Elliot seems remarkably similar to the fabled dragon from Mr. Meacham’s stories.

As Grace slowly begins to earn Pete’s trust, opening his eyes to the possibility that there is a world beyond his forest, his presence causes Grace to take a look at her own life, including her relationship with Jack (Wes Bentley), who owns the local lumber mill. Jack wants to support Grace’s endeavors to study and protect the surrounding woods but needs to focus on keeping his company profit table at the same time, and it is driving a wedge between them. When Pete’s idyllic life with Elliot in the forest is in danger, Grace, along with the help of Jack’s 11-year-old daughter Natalie (Oona Laurence), sets out to uncover the truth about this dragon and determine where Pete came from…and where he belongs. A reimagining of Disney’s cherished family fi lm, Pete’s Dragon is directed by David Lowery from a screenplay by Lowery & Toby Halbrooks based on a screenplay by Malcolm Marmorstein and produced by Jim Whitaker, p.g.a., with Barrie M. Osborne serving as executive producer.

Get ready as the magic comes alive when curiosity and imagination come alive this summer in Pete’s Dragon, opening in theaters everywhere August 12.

To find about more about the magic of Pete’s Dragon