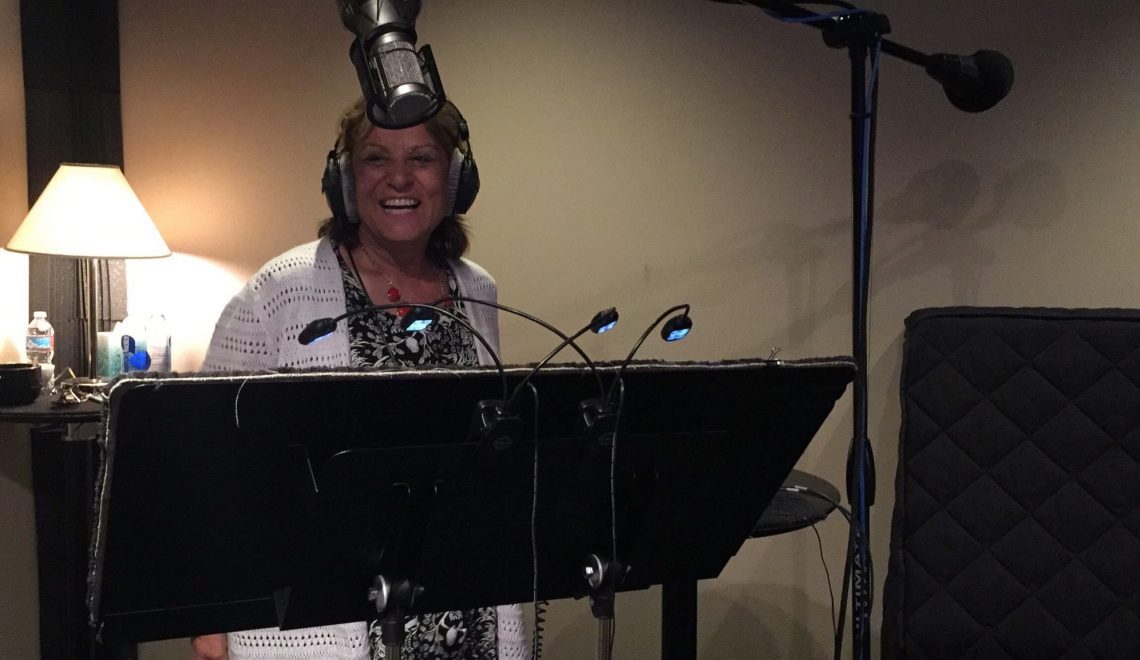 Ever dreamed of stepping into a recording booth and voicing a character of your very own character for Zootopia? Several weeks ago that’s exactly what happened when I visited Walt Disney Animation Studios for a behind the scenes look at the making of Zootopia which is not only still playing in theaters, but now you can bring it home for your very own and as I stepped into the recording booth and was transformed into Fru-Fru to live in infamy forever. I thought that was as good as it could possibly get, but when the clip played on my computer and my grandkids immediately recognized my voice, the smiles on their faces, yes I am the best Grammy in the universe. Before my debut as a now world famous voice-over actor, and least in the minds of my grandkids, I was able to sit down and talk with Paul McGrath who is one of the Dialogue Mixers at Walt Disney Animation Studios who was kind enough to explain the process to me but serve as my director for my new acting job as well. And I am here to tell you –it is indeed hard work! When you first enter the recording studio, the first thing you are struck by is the vast array of mixing equipment and technology, intertwined with a large variety of toys and a huge assortment of candy so the tone was set that this was a place to relax and just have fun. Paul started out the morning by sharing a little of what happens here in his part of the world. “The process all begins long before the actors ever comes in. It all begins when we have to record voices to give the animators the duration that this character is going to be on screen.   We start with recording very early on and we actually first work with sketches and drawings and then eventually we get into animation and layout. We have an opportunity to do towards the end of the film is a process called ADR, which is Automated Dialogue Replacement. This is where we can take out one actor’s performance and put in somebody else. So what we thought we can do with you today and what we are going to do is take out Fru-Fru or Mr. Big and put your voices in and then you will see yourselves in the animated form.” And so the adventure was off and running. Paul showed us the scene several times and explained what we would be watching for, and then it was time to step into the recording booth itself and put on the headphones and step in front of the microphone. The process involves the film being projected onto a screen in front of you with red lines that will cue you as to when to come in. There is also a stand with the script for you to refer to and the countdown begins and “you’re on”. I breathed a huge sigh of relief when I got it after only 2 takes although Paul explained that sometimes actors will record the same line multiple times for a wide variety of reasons.

“It’s not uncommon for them to read the line 50 to 60 times-Easily and while we’ve never had an actor give up, we have changed the line for an actor so help them make it their own. For the process of this demo I was the one helping you by guiding you through it, but in the actual recording sessions the directors are in there and I pretty much stay out of it. I’m just a technical liaison for them. The directors will always say, especially with Mr. Big, Rich Moore and Byron Howard would say, “Make the line your own. Say it how you want, that will feel comfortable to you.” So yes absolutely. They make changes, they make tweaks, and they do several different versions of the same line.”

And do any of the outtakes even make it to the finished movie? “Yes, yes. I think the accidental mistakes they do, At one of the sessions for Zootopia for example, everyone just cut up in the room and it wasn’t on the page and Maurice LaMarche, Mr. Big, a lot of things that he did that you see were not in the script and then wound up in the film, as well as Jennifer and Jason. They were always adlibbing. We actually we did all of Mr. Big’s recording in this room.

One of the things that I learned especially after seeing my own finished product was the amazing ability of Paul to so seamlessly match my voice to the animation by speeding it up, slowing it down, and pretty much anything in between-a true gift in patience, skill and technique and yet he makes it look easy and leaves you walking away like your Academy Award is a given. From writers, directors, producers, writers, animators, story board artists, dialogue mixers, and of course the actors themselves, it is always fascinating to be able to have the opportunity to go behind the curtain to meet just a few of the hundreds of people that spent years pouring their passions bringing Zootopia to life. And on one shining morning, for a few short minutes even I became an animated character in world of Zootopia, proving that yes, anyone can indeed be anything. 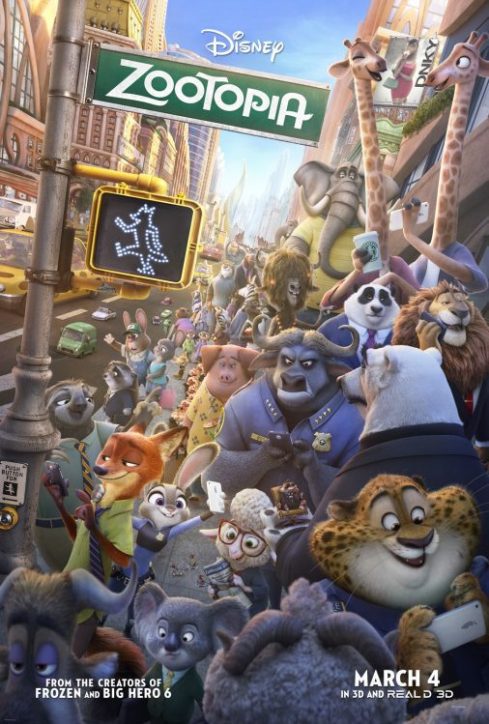 Missed any of our series from the #ZootopiaBluray? 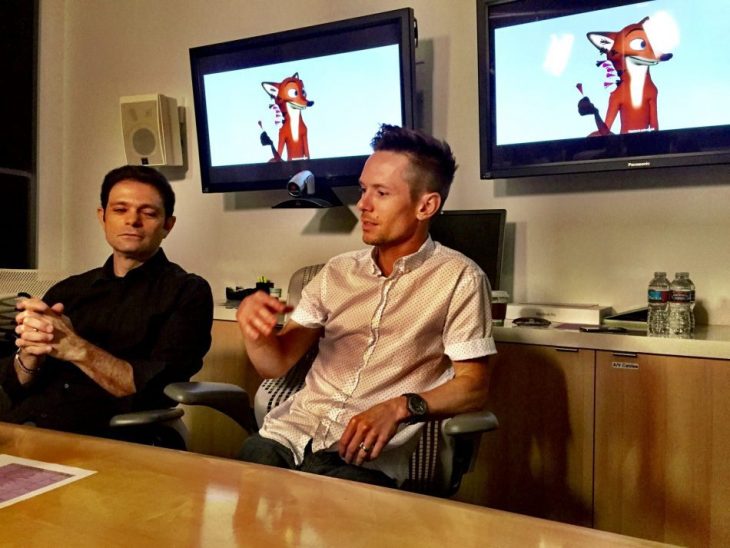 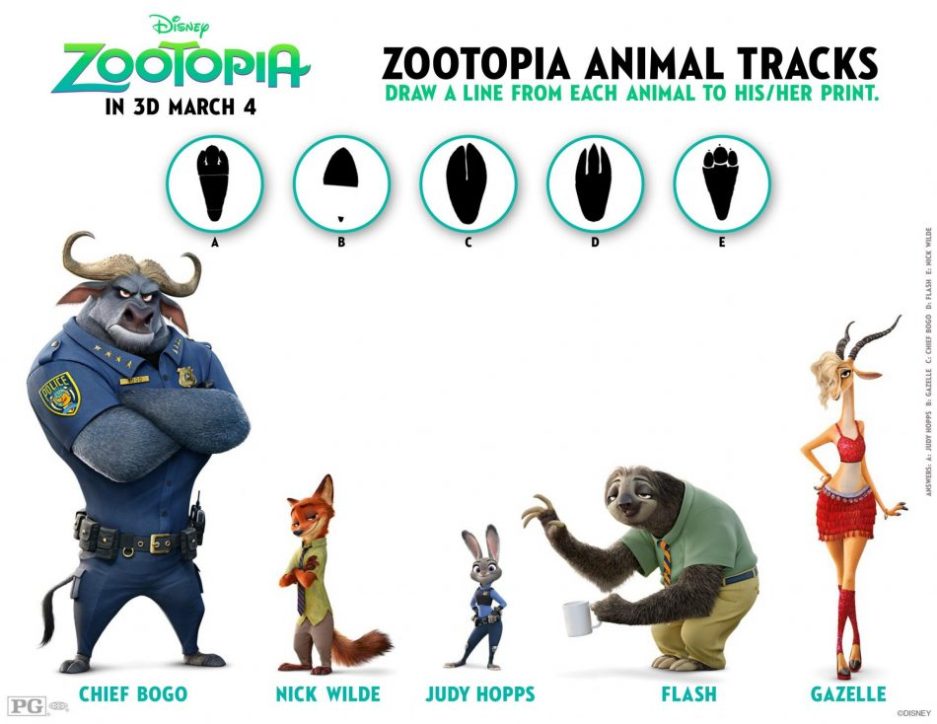 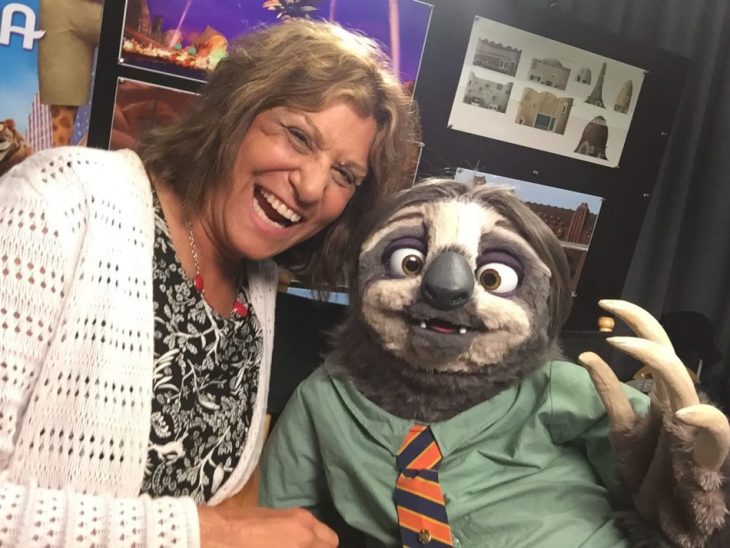 An Interview With Flash & His Friend Raymond Persi 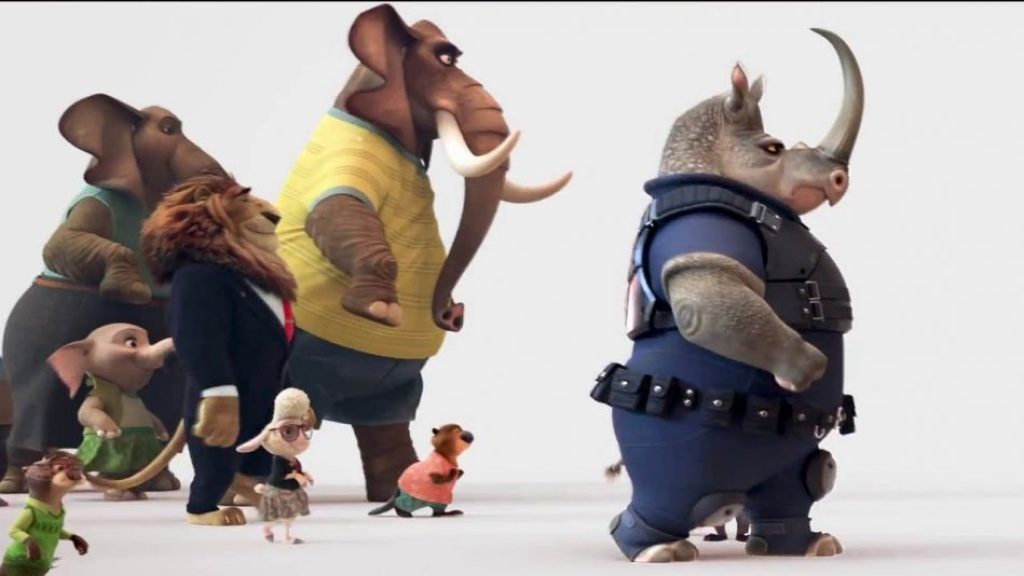 The Bonus Features and Hidden Gems Of Zootopia