Have You Seen Him? Finding Hank #FindingDoryEvent 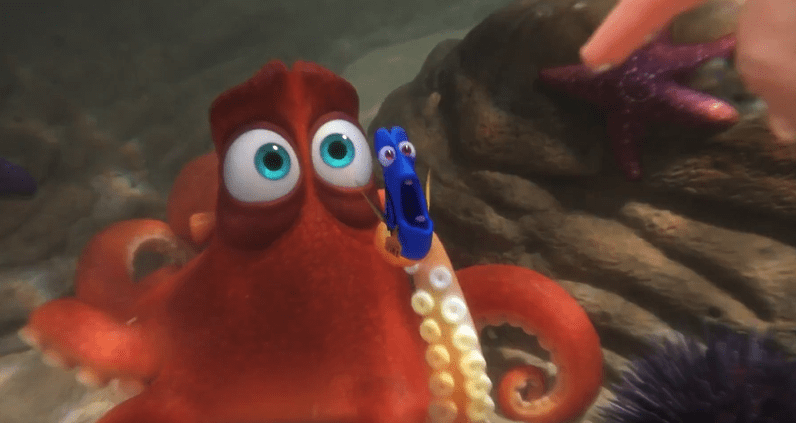 Move over Flash, Bing Bong and Olaf- Hank the Octopus is about to steal our hearts not to mention every scene that he is when Finding Dory swims into theaters on June 17. In one of the most anticipated sequels ever, Disney•Pixar’s Finding Dory welcomes back to the big screen everyone’s favorite forgetful blue tang Dory once again voiced by the one and only Ellen DeGeneres, who’s living happily in the reef along with Marlin and Nemo. When Dory suddenly remembers that she has a family out there who may be looking for her, the trio takes off on a life-changing adventure across the ocean to California’s prestigious Marine Life Institute, a rehabilitation center and aquarium and it is there that Dory meets up with the –Hank- who is voiced to perfection by the one and only Ed O’Neill. Last March I was treated to a very special up close and personal look behind the scenes at the Monterey Bay Aquarium which just happens to serve as the backdrop and inspiration for Disney•Pixar’s brand new animated feature, Finding Dory, and not only got to talk to the team that brought Hank to life, but I got to hold and interact with Cannibal, one of the octopus that are fortunate to call the Monterey Bay Aquarium home. It was here at that the animators and production team of Finding Dory spent untold hours researching the inner workings of an aquarium of this magnitude in order to bring the film to life.

Director Andrew Stanton shared with us that they knew early on that they realized that Dory needed a foil. Dory was created in the first movie as a surrogate for Nemo and with this film centering on Dory, they knew they needed a surrogate Marlin. Hank is an octopus. Actually, he’s a “septopus”: he lost a tentacle—along with his sense of humor somewhere along the way but don’t let that fool you as Hank is just as competent as his eight-armed peers. An accomplished escape artist with camouflaging capabilities to boot, Hank is the first to greet Dory when she finds herself in the Marine Life Institute but he’s not looking for a friend. Hank is after one thing and one thing only and that is a ticket on a transport truck to a cozy Cleveland facility, where he’ll be able to enjoy a peaceful life of solitude. “Hank tests Dory,” shared director Andrew Stanton. “He questions her optimism, her bravery. He brings out the best in her, and she does the same for him. He’s reluctantly kind. He has a heart of gold that Dory seems to sense from the start. You would think that bringing an octopus, granted an octopus with a bit of a stand offish attitude to life would be an easy feat for the accomplished animators at Pixar but the reality was that Hank presented the team with one of the most difficult challenges that they had ever come up against due to its very nature. The animators shared that the reality was that they had never done anything so malleable keeping in mind that it needed to be done for not just one or two but seven separate arms. Add in the fact that an octopus is not only capable of changing its hue, but also the texture of its skin it was easy to see why the prospect of doing justice to the character was challenging but also exciting at the same time.

At one point in the movie, Hank slithers along a counter, blending in with the light switches and instruments behind him which was a visual effect the animators couldn’t even dream of a decade ago. They explained that a main character like this—an octopus with multiple arms and the kind of movement you’d expect from an octopus—we’d never done before. We knew it would be scrutinized because Hank is on screen so much. There was nowhere to hide. Stanton shared with us that the time spent to make Hank work was the equivalent to making another movie entirely and that their first shot with Hank took six months. Like everything Disney and Pixar does, research is the key to bringing the story to life. The Filmmakers studied real octopuses at the Monterey Bay Aquarium where members of Pixar’s team were invited to interact with the animals as were we during our visit to the aquarium. One of the things you quickly learn when you hold an octopus is how delicate yet so incredibly strong they are all at the same time— it was nearly impossible to pull it off and had it not been for one of the members of the aquarium staff standing close by and peeling Cannibal off of me, I would still be attached to him to this day.

Building limbs that move like octopus arms move was among the biggest challenges in the production as the animators really wanted to mimic a real octopus, but there’s no apparent structure to the way an octopus moves. One of the keys came in the discovery that that snakes made a wonderful reference point—especially animated ones and in the end it turned out that Disney’s 1967 classic The Jungle Book proved inspirational when animating Hank’s arms and bringing them to life.

Here’s a piece of trivia-want to know why Hank is a septopus with only seven legs and not an octopus? When designers were working on Hank, they created tapered tentacles for the cephalopod. The tentacles were modeled separately from the body, but when they tried to attach them, only seven would fit. Filmmakers later decided that it made sense that Hank would have an affliction, and so it was worked it into the script. Another dilemma faced by the team was when it came time for the character to speak, as real-life octopus’ mouth is located between his arms in the lower part of the body. Although the filmmakers ultimately made the decision to raise Hank’s mouth slightly, they quickly decided that it was much more interesting if it weren’t in plain sight and although you will see glimpses of the mouth, for the most part, it’s definitely not a focal point. Expressing emotions all feel to the animation of the Hank’s eyes and brows and it was amazing to see all the emotions that could and are conveyed through the eyes. The color palette of Hank also presented inherent challenges all on its own because in the real life, an octopus is the great mimic of its surroundings. While a warm red-orange shade for Hank contrasts nicely with Dory, the animators had to constantly be careful as to not cross over into Marlin and Nemo’s orange hues. Like a real octopus, Hank was created so he could change his texture and his color and there were a large variety of variables involved in achieving Hank’s camouflage. However the true test for the animators came during the scenes where Hank makes the seamless transition from his “normal” octopus mode to his camouflaged octopus mode and back again without actually making him completely invisible. When you see the film, you’ll be amazing at how you will subtly notice his shape, but also realize that he really could be overlooked because of the camouflaged pattern, texture and color thus giving you some of the funniest moments in the movie. The true testament of Hank’s incredible art of the camouflage came last May when director Andrew Stanton revealed that Hank had actually been in every Pixar film to date.

The entire team agreed that animating Hank was probably the hardest thing that they had ever animated and yet the most rewarding. “Humans, rats, four-legged characters all have joints. There are rules to how they move. There are no rules for an octopus. There is no way to deconstruct how it moves. It can do anything. And in our case, Hank has seven arms, which can end up looking like a visual mess.” Luckily for all, when you see Hank brought to life, you will quickly finding yourself falling in love with him just as we all did and who knows, maybe someday, Hank could have a sequel of his very own but for now, it’s all about Dory and her story. Just how all of this will play into Finding Dory?  You’ll soon find out on June 17  when Finding Dory returns featuring favorites Marlin, Nemo and the Tank Gang, along with a host of new characters, including a few who will prove to be a very important part of Dory’s life and introduces us to Dory’s parents. Finding Nemo director Andrew Stanton  returns once again to bring this animated classic to life and  features the voices of Ellen DeGeneres, Albert Brooks, Ed O’Neill, Kaitlin Olson, Ty Burrell, Eugene Levy and Diane Keaton.  Look for Finding Dory to swim into our hearts and theaters June 17, 2016 If you missed any of our coverage from the Monterey Bay Aquarium from the #FindingDoryEvent:

I Found Dory At The Monterey Bay Aquarium

How Finding Dory Is Helping To Change Lives

But get ready, because the fun is just beginning the #FindingDoryEvent picks up where we left off as 25 of the best bloggers from around the country head to Los Angeles June 7-9 as they take you live to the Red Carpet Premiere of Finding Dory including interviews with Ellen DeGeneres, Ed O’Neill and more!  You won’t want to miss any of it.  Follow their special hashtag across social media : Disclosure: I was invited by Disney to cover this media event. All material and expenses for this event have been provided courtesy of Walt Disney Studios but all opinions my own. 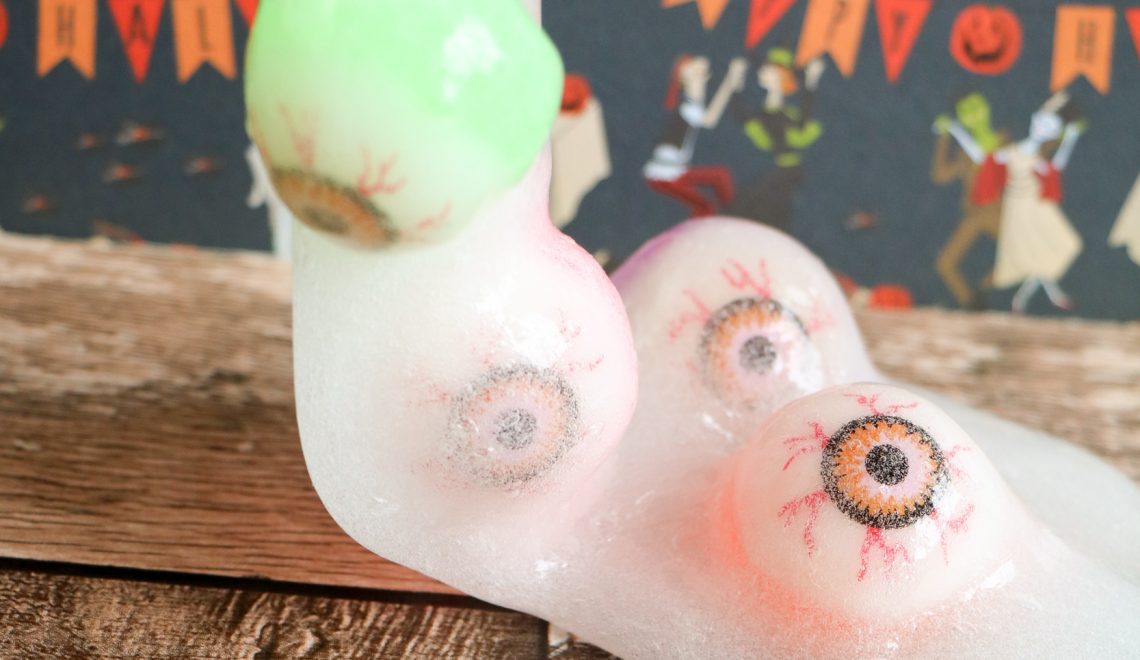