It’s time to travel back down the rabbit hole as the whimsical heartfelt tale of the girl who believed in 6 impossible things before breakfast returns to theaters and to our hearts as Disney’s Alice Through The Looking Glass takes audiences back to Wonderland in this extraordinary adventure now playing in theaters everywhere directed by James Bobin, who brings his own unique vision to the visually-stunning world Tim Burton created on screen with Alice in Wonderland, the film is penned by Linda Woolverton based on characters created by Lewis Carroll.  Producers Suzanne Todd, Joe Roth, and Jennifer Todd along with Tim Burton and John G. Scotti serving as executive producer bring to life a film that is more than just merely a sequel of the first. In this latest incarnation of the beloved children’s stories, we find a film that is bright, clever, and full of wonder for the entire family, especially children.

Full of laughter, heart, soul and imagination, and visually stunning, it is the messages of Alice Through The Looking Glass that will stay with you long after the last credits have rolled. Alice Through the Looking Glass reunites the cast from Burton’s 2010 worldwide blockbuster phenomenon, including Johnny Depp, Anne Hathaway, Mia Wasikowska, Matt Lucas, and Helena Bonham Carter, and introduces new characters played by Rhys Ifans and Sacha Baron Cohen. Also back are the talented voices of Alan Rickman, Stephen Fry, Michael Sheen, Timothy Spall, Barbara Windsor and Paul Whitehouse, who are joined by Matt Vogel.

Nothing Is Impossible When You Believe

The movie is full of hope and promise and has you leaving the theater wanting to tackle those things that had always scared you, or that you let others convince you that were impossible to do.  From the moment the movie opens and we see Alice as the Captain of her own ship taking on the sea and her dreams, never once daunted by what would surely be insurmountable odds in the hands of a lesser person, you come away with the knowledge that if you believe, nothing is impossible.

Nothing Is Ever More Important Than Friendship With the exception of the love of family, there is nothing more important or invaluable of the  loyalty of true and loving friends. When the days seem the darkest and impossible to overcome, it is the friends that you have met along the way and that have come into your life that will be there in the end to see you through as witnessed in Alice when she returns to the past, crossing paths with friends and enemies at different points in their lives, and sets off on a perilous race across the Oceans of Time to escape the Red Queen and Time and save the Hatter… before time runs out. Lewis Carroll was incredibly gifted, and used his gift brilliantly to write an imaginative, creative story for children, but one that appeals to all ages and the ideas and comments on life are just exquisite, and his observations are truly brilliant.  Disney’s Alice Through The Looking Glass brings to life a tale of magic and does so in such a way that no matter what your age, in the end you come to the realization that you have the power within you to believe in the magic that has been in front of you all along.

Time Doesn’t Have To Be A Thief  and The Villain 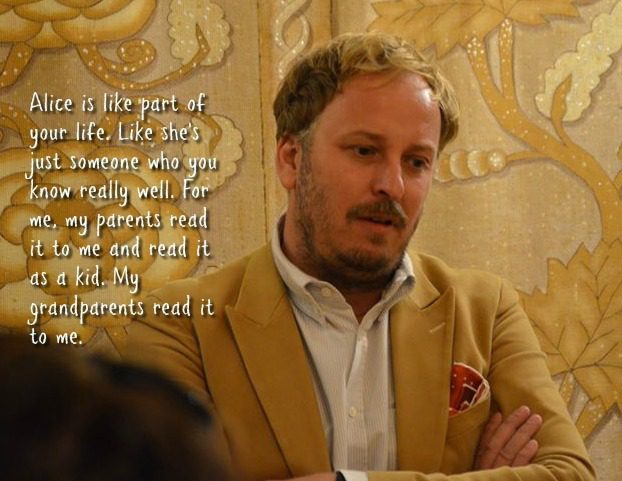 Being able to see Time as an actual character, brilliantly brought to life as only Sacha Baron Cohen can do, some of the most poignant moments in the film come through the conversations between Time and Alice, and are a reminder to cherish the time you have and make every moment count, because once it has passed, you’ll never be able to regain those lost moments. Time is a gentle reminder that in life, time is against you but doesn’t have to be a thief or a villain unless you’re careless with it.

At The End Of The Day, It Is What You Have Done For Others

Throughout the film, it is the caring for others and family and those interpersonal relationships that will stay with you long after the movie is over. It’s in the stories of the Hatter and his father, who although  a traditionalist and very conservative, but he loves his son and only wants the best for him or how it almost mirrors that of Alice and her mother, as they too have a complicated relationship that everyone can see a portion of their own lives in some way played out in the story. Add in the backstory of the Red Queen and the White Queen and you find yourself feeling compassion and sympathy in unexpected ways. Family conflicts are universal and within the story, you are allowed to explore those kinds of real themes but in a more fanciful way.  But will they find a happily ever after? You’ll have to discover that for yourself. 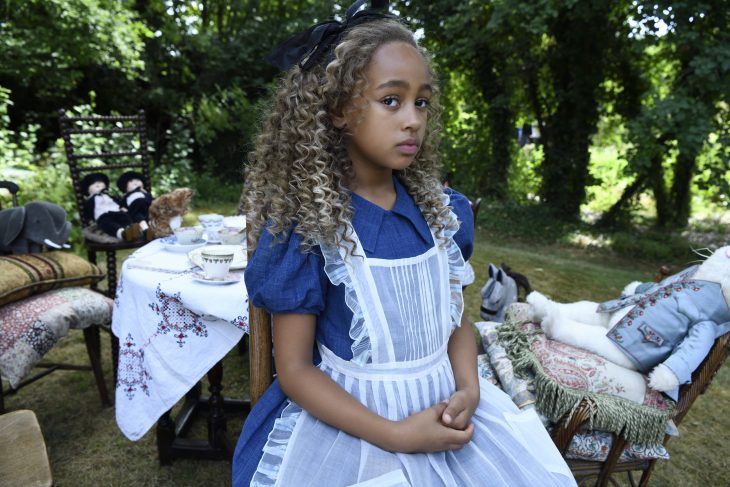 At the end of the day, as a parent, all you can do is your very best and instill your child a sense of wonderment, curiosity, confidence and a sense of adventure and then allow them to find their own journey along the way.  And sometimes, it is the child that gives the lesson to the parent as much as the parent gives to the child.  Alice shows us all it’s about living life, without hesitation or reservation that is the best gift of all.

Life Is About The Memories You Make Along The Way

Whether it’s Alice sailing the high seas, or setting off on a mission to head back through the looking glass on a quest to save her friend, to the discovery that while no matter how hard you try, you can’t go back in time and change the past, to the realization that it is about a life full of tomorrow’s and possibilities and in the words of Time “I hope you were happy and used your time well” in the end it is the lives you touch and the memories you make that will stay with you along the way.  And in the end, time is not the enemy but merely the beginning to a life where nothing is impossible, when you believe in your heart that it is possible.

This weekend, take the family and journey back down the rabbit hole and share the magic of Disney’s Alice Through The Looking Glass with someone you love.

Stay tuned on Monday as we share with our exclusive interview with the incomparable mom, mentor and producer Suzanne Todd of Disney’s Alice Through The Looking Glass Meet Alice herself in our interview with Mia Wasikowska

Alice Through The Looking Glass Is Now Playing Everywhere “In a Wonderland they lie, Dreaming as the days go by, Dreaming as the summers die: Ever drifting down the stream- Lingering in the golden gleam- Life, what is it but a dream?” ― Lewis Carroll, Through the Looking Glass