Get Wild With These Free Jungle Book Activity Sheets 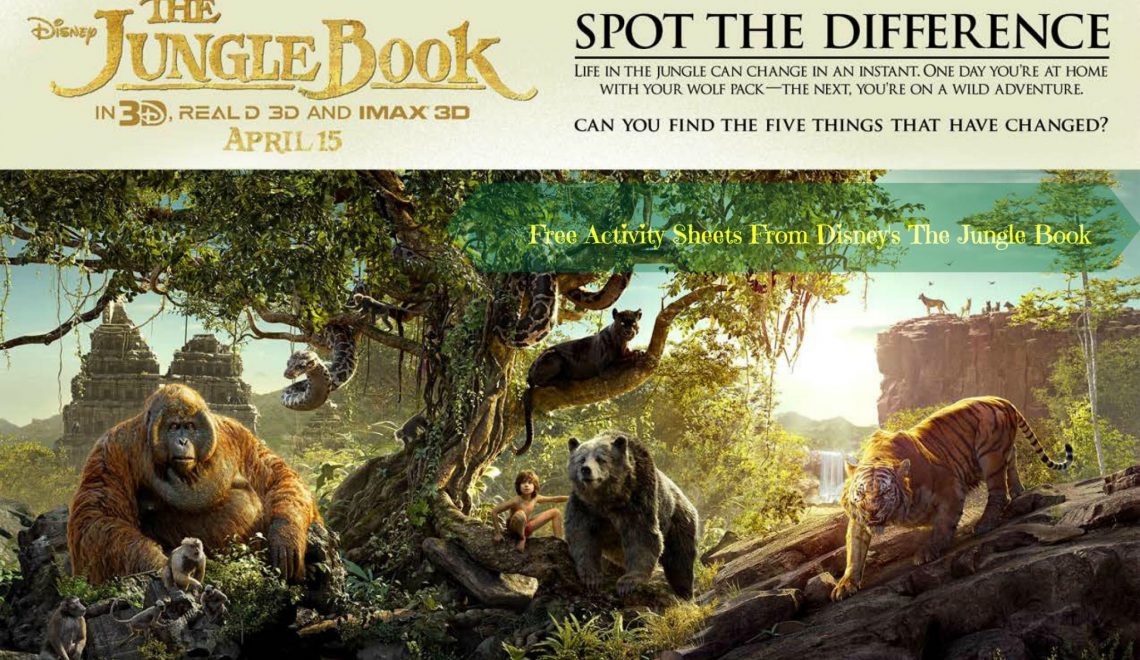 This weekend go wild your family with these new free downloadable activity sheets from Disney’s The Jungle Book, which pounces into theaters April 15.  Now you and the kids can sit down and make your very own Jungle Book Hexaflexagon, or find your way through Mowgli’s Jungle Maze and then challenge each other to see who can spot all the differences first.  Either way, they’re free, they’re fun and your family will roar with excitement over the fun they’ll have doing them which will make you the king of the jungle.  Simply right click to save the activity sheets to you own computer and let the fun begin. Recently the world was treated to the latest trailer from Disney’s The Jungle Book, once again confirming that the much anticipated live action version of the story of the man cub come to life will keep everyone mesmerized from start to finish by the never before seen stunning overall look and feel of the project that  blends live action and animation so seemlessly that it’s almost impossible to know where one starts and the other stops- it is just that real.  Next April a whole new generation will be introduced to Mowgli, Baloo, Kaa, Shere Khan, King Louie and the rest of the gang when The Jungle Book swings into theaters in 3D, RealD 3D, and IMAX 3D on April 15th!