A Trip 38 Years In The Making- I’m Heading To The #StarWarsEvent TODAY! 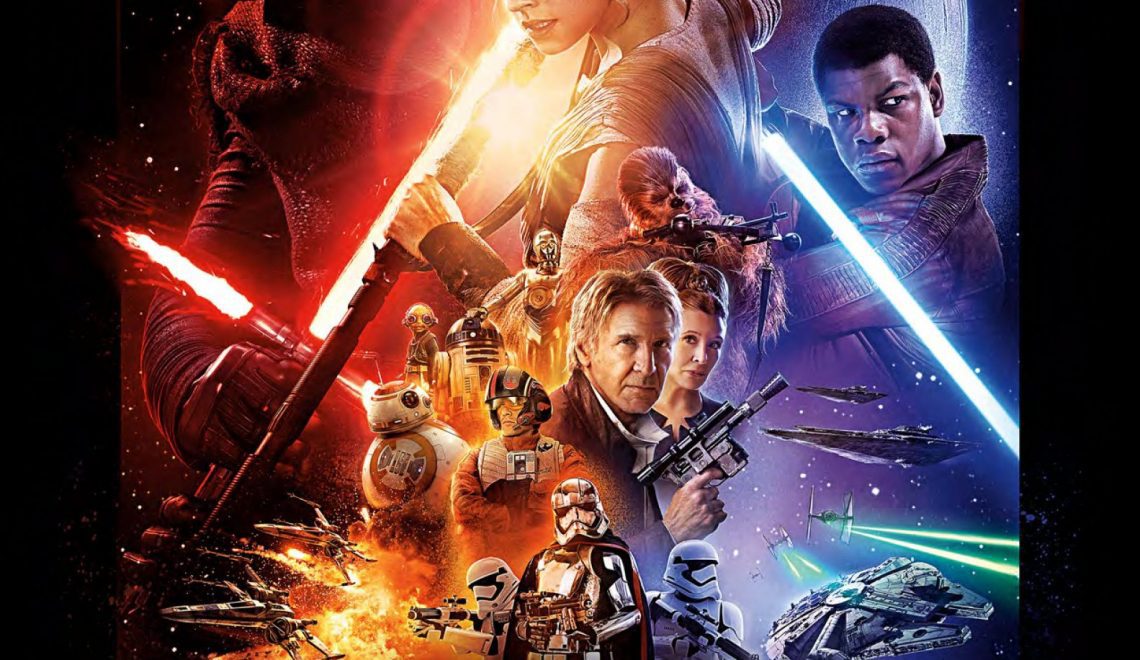 The year was 1977. If you lived in Northern California, you couldn’t help but be caught up in the anticipation of this little film that was about to change all of our lives and take us into a new generation of cinema as we had known it. The movie of course was Star Wars. Living right down the road from Skywalker Ranch, everyone knew at least someone that was a part of the movie to the point where a few years later, my son’s preschool teacher was one of the lead Ewoks and would be flown to London from time to time for costume fittings. And others of us would find ourselves living the dream while we worked as a production assistant, which yes, meant getting people’s coffee, and to this day have our treasured Revenge of The Jedi tee shirt. Back in those days it was all about Star Wars in our house, from the Star Wars jungle gym in the backyard, to the R2D2 toy chest to of course Star Wars Legos and the collection of action figures. it took the skill and stealth of a Jedi to summon the Force to master the skill set needed to conquer the collection but back then, with a swift phone call to Kenner Toys you could simply tell them you were missing action figures 13, 21, 37 and 43 to complete your son’s action figure collection and before you could utter the words “Hyperdrive” not only did they appear on your doorstep-for no charge I might add (back in those days action figures were $.99 ) but they came in a sparkling new C3PO collector case to keep your galactic empire together. Over the years our love of all things from this galaxy far, far away has survived and surpassed the test of time. It is the one set of movies that has spanned the generations,  because in the end, they are the ultimate in good story telling. When all is said and done, Star Wars is timeless. The story itself never really loses its relevance and whether you’re seeing the films for the first time, as in the case of my grandkids, or reliving a part of your childhood as with my own children, or if you’re seeing them all over again as if for the first time because you’re sharing them with three generations, from the opening scroll and the first notes of John William’s iconic score, these are the movies that not only stand the test of time, they get better with time. But last month, not even Yoda himself could have ever prepared me for the full power of the Force that hit my email inbox that would launch me into hyperspace into a visit to the galaxy of Los Angeles for the event of a lifetime

At this very moment, as you are reading this,  I am on a plane heading to join 24 other incredible bloggers from around the country as we converge together to share for the event to end all events- WE’RE HEADING TO THE #STARWARSEVENT-  a trip that includes the film releases of STAR WARS: THE FORCE AWAKENS and ZOOTOPIA as well as the hit ABC shows MARVEL’S AGENT CARTER, THE GREAT CHRISTMAS LIGHT FIGHT, GALAVANT and THE BACHELOR!  Did I mention the part about interviews with the cast of Star Wars: The Force Awakens which includes HARRISON FORD?  #IKnow…

To those of you who have asked why I have been walking around with a nonstop smile and giggling like a little kid on Christmas, birthdays, every holiday imaginable, and last day of school, all rolled into one-well wouldn’t you be wanting to scream where you were going from on top of the mountains of Alderaan-hang on Harrison, I’ll be there soon! Here are just of few of the things we will be experiencing over the next few days:

Sunday Kicks off with the #StarWarsEvent Day   We’ll be kicking off the day bright and early as part of the Global Press Day followed by our own interviews with the one and only space scoundrel  himself – Han Solo – Harrison Ford, Oscar Isaac (Poe Dameron), John Boyega (Finn) , Lupita Nyong’o (Maz Kanata),Daisy Ridley (Rey), director J.J. Abrams and Producer and President of Lucasfilm, Kathleen Kennedy. The best part, we’ll be bringing it all to you live as it happens using the hashtag #StarWarsEvent.

“There has been an awakening….” STAR WARS: THE FORCE AWAKENS arrives in theaters everywhere on December 18th! May the Force Be With You Monday it’s off to Walt Disney Animation Studios for a packed full day of fun.  It all starts out with  STORY SAFARI: FROM WORD TO DRAWING TO IMAGE – At Walt Disney Animation Studios, story is the king of the jungle. Who better to tell us all about it than Writer and Co-Director Jared Bush, Writer Phil Johnston, Co-Head of Story Josie Trinidad and Head of Editorial Fabienne Rawley? Throughout the morning they’ll be taking us  on the unique journey of creating Zootopia  from script to story sketches to the editing room. The fun includes:

And of course the morning would not be complete without a special sneak peek at Zooptopia  followed up with a question and answer session with directors Byron Howard & Rich Moore and producer Clark Spencer. Monday afternoon finds us stepping back in time as we visit the set of “Agent Carter” where we’ll be treated to a special sneak peek preview of the Season Two premiere episode.  After that we’ll be meeting with Agent Peggy Carter herself,  Hayley Atwell and her trusted confidant James D’Arcy who plays Edwin Jarvis. We’ll also be chatting with some of the executive producers from the hit ABC series, Chris Dingess, Tara Butters, and  Michele Fazekas.  If you’re a fan of the show, and who isn’t, then you already know that it’s all about the look of the show. To explain how that look comes together to sweep us all into an era of a time gone by, we’ll be visiting the “Agent Carter” Costumes Department for a behind-the-scenes tour with the incomparable Costume Designer GiGi Melton It’s beginning to look a lot like Christmas with ABC’s hit holiday decorating competition series The Great Christmas Light Fight and we’ll be on the lot of ABC Monday night to meet up with “The Great Christmas Light Fight” host & judge Carter Oosterhouse and  his wife, actress Amy Smart where we’ll be joining with them for some fun and frolic as we live tweet the premiere episode of the second season.  This show is especially near and dear to my heart as last season, one of my neighbor’s houses, Weaver Wonderland aka The Disney House, took home the grand prize. Tuesday morning starts out in “a most dramatic way” when we join the host of “The Bachelor” Chris Harrison himself as we learn more about the 20th season of everyone’s favorite fairy tale love story “The Bachelor,” as well as “The Bachelorette” and “Bachelor in Paradise” . Chris will be sharing with us some exclusive previews of the newest season of this perennial hit as he is ready  to drop some hints as to what might unfold in the landmark 20th season (premiering January 4th at 9:00/8:00c), with new Bachelor Ben Higgins. Will there be roses? Will there be tears? Will someone fall in love? You’ve gotta be there to find out! And of course as soon as we know, so will you at #TheBachelor and #ABCTVEvent Can there be a better way to wrap up this trip of a lifetime than a trip back in time to join in the rollicking ruckus of fun, song and dance than with the return of “Galavant”? We’ll be enjoying a special preview screening of the Season Two premiere of “Galavant” followed by a very special question and answer session with  Executive Producers Dan Fogelman and Kat Likkel and King Richard himself,  Timothy Omundson.  Join us for all the campy, crazy antics directly from the set by following us at #Galavant and #ABCTVEvent.

In quicker than it takes the Millennium Falcon to make the Kessel Run, which we all know can be done in less than twelve parsecs, I will be joining 24 other bloggers on this whirlwind trip of a lifetime as we will come together starting this afternoon for the #StarWarsEvent.  Don’t miss a single moment of our adventures –
Follow along with me on Facebook, Twitter  and Instagram and across all the social media looking for our hashtags to get all the exclusive updates and live action from the events.  Who knows what secrets we will be able to reveal. It all begins TODAY! Don’t  miss a single thing- look for these hashtags across social media – it all begins TODAY!