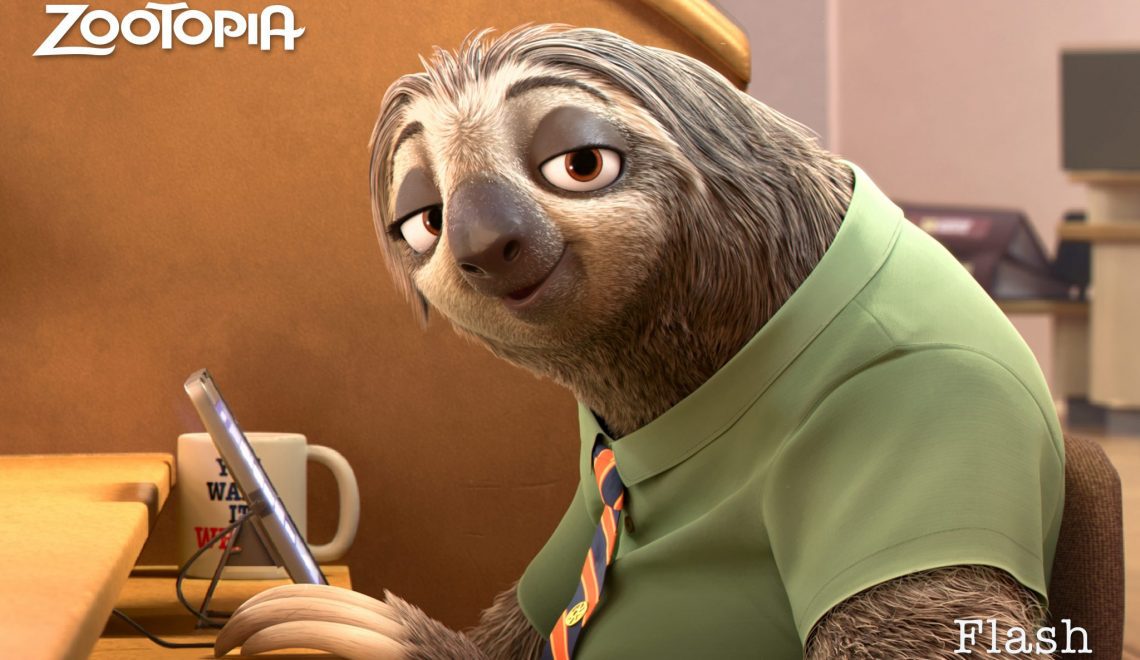 Life can be a jungle and the budding metropolis of Zootopia is nothing like you’ve ever seen be-fur. In what is sure to be one of the  punniest movies to come down the road,  Disney’s Zootopia is set in a sort of animal paradise, where creatures of all kinds co-exist in habitat neighborhoods like Sahara Square and Tundratown. If the new  poster is any indication,Zootopia will  be purrfic for human moviegoers who can’t get enough of the animal-themed wordplay and are ready to get in on the game themselves. Look closely at the latest poster -can you spot at least four of the puns? Shakira as a gazelle is genius casting – or just may be the “sealiest” thing that “ewe” have ever seen. She’s the one modeling “Preyda” in that middle poster there.

All “kitten” aside, Zootopia  is the newest “tail” of the  modern mammal metropolis of Zootopia is a city like no other. It’s the melting pot where animals from every environment live together—a place where no matter what you are, from the biggest elephant to the smallest shrew, you can be anything.

But when optimistic Officer Judy Hopps (voice of Ginnifer Goodwin) arrives, she discovers that being the first bunny on a police force of big, tough animals isn’t so easy. Determined to prove herself, she jumps at the opportunity to crack a case, even if it means partnering with a fast-talking, scam-artist fox, Nick Wilde (voice of Jason Bateman), to solve the mystery. Walt Disney Animation Studios’ “Zootopia,” a comedy-adventure directed by Byron Howard (“Tangled,” “Bolt”) and Rich Moore (“Wreck-It Ralph,” “The Simpsons”) and co-directed by Jared Bush (“Penn Zero: Part-Time Hero”).  I would be “lion” if I said I wasn’t more than a little bit excited for this one.  It’s going to be pure panda-monium when Zooptopia hits theaters March 4-be sure to let “minnow” what you think!

Here’s a look of the cast of characters-I know you’ll find them as a-moosing as we do! Nick Wilde –  NICK WILDE, the scamming fox who Judy reluctantly teams up with to crack her first case. Flash- FLASH, the fastest sloth working at the DMV—the Department of Mammal Vehicles. Duke Weaselton- DUKE WEASELTON, a small-time weasel crook with a big-time weasel mouth, who tries to give Judy the slip during a police chase. . Yax- – YAX THE YAK, the most enlightened, laid-back bovine in Zootopia. When Judy Hopps is on a case, Yax is full of revealing insights. Finnick-  FINNICK, a fennec fox with a big chip on his adorable shoulder. Bonnie and Stu Hopps-  BONNIE HOPPS, mother of Judy—and her 275 brothers and sisters. Mrs. Hopps loves and supports her daughter, but is a hare nervous about Judy moving to Zootopia to become a big-city police officer. (Right) Judy’s father, STU HOPPS, a carrot farmer from Bunnyburrow. Along with Mrs. Hopps, he is worried about Judy moving to Zootopia and the untrustworthy big-city mammals who live there—especially foxes. Assistant Mayor Bellwether- ASSISTANT MAYOR BELLWETHER, a sweet sheep with a little voice and a lot of wool, who constantly finds herself under foot of the larger-than-life Mayor Lionheart. Let  minnow what you think-we think that Zootopia will be the punniest movie ever.